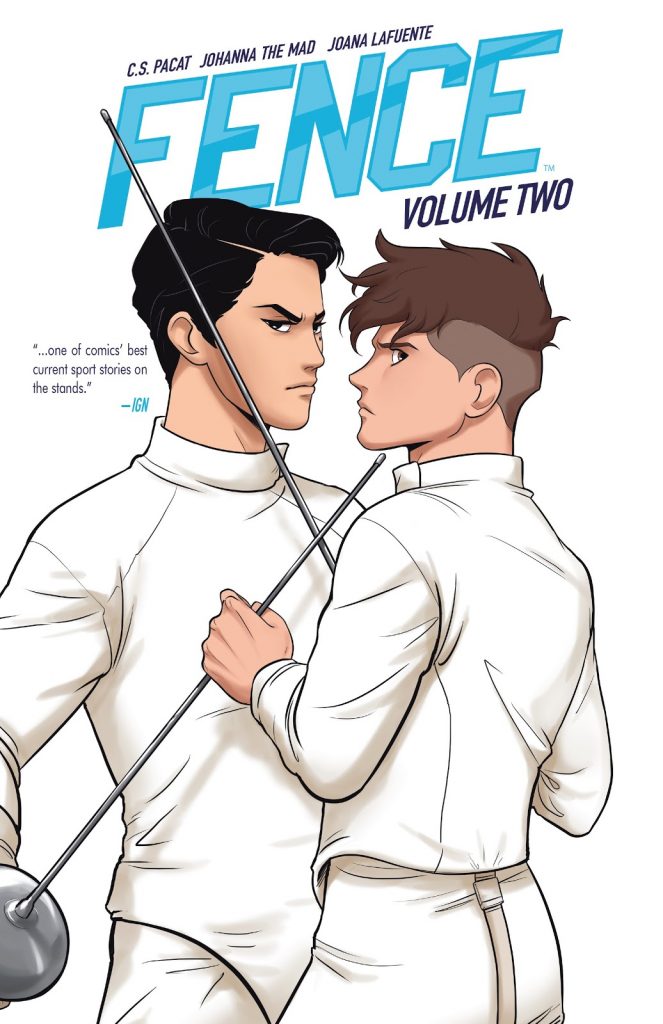 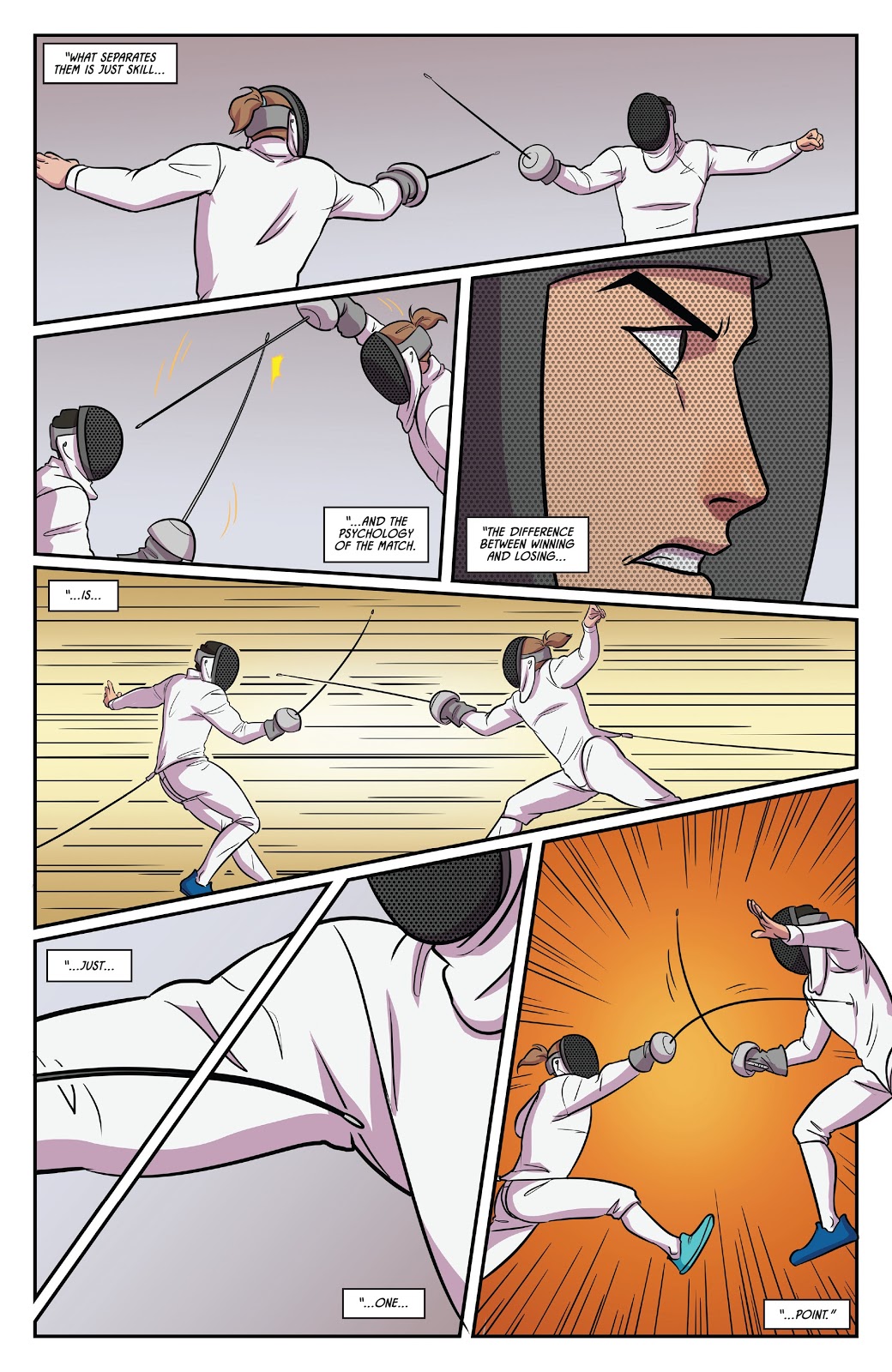 It’s a notable achievement to take the elite sport of fencing and successfully place it at the centre of an accessible teenage drama, yet that’s what the creative team of C.S. Pacat and Johanna the Mad managed in Volume One. We’re rooting for Nicholas Fox, unacknowledged son of a former Olympic fencing champion who has raw talent enough to earn a scholarship to a prestigious private school, provided he makes the fencing team. Only three slots are available, and two of those slots appear all-but guaranteed, one going to Nicholas’ room mate and rival Seiji Katayama.

While the fencing is properly explained, and the finer points of why people win or lose discussed, it’s just the backdrop for Pacat’s high school drama, as the personalities of people spill into their fencing techniques. This is a real strength of Pacat’s writing. There’s no great depth to the characterisation, but the extreme characteristics like arrogance and provocation do their job in creating people we’re going to hate. However, that’s the easy part for a writer, and the trickier talent is turning some of those people around into someone we can sympathise with, and in this volume Pacat humanises the previously aloof Seiji. With a whole volume set at the school’s fencing trials she also twists the plot beautifully, introducing match-ups and disappointments to thrill an audience.

Without the accompanying art of Johanna the Mad, Fence could fall flat. The manga influence is very apparent, with slashing panels to indicate movement and the concentration on figures, but those figures have poise and personality, and as most of the action takes place in the school gym there’s no need for much else.

As with the first volume, any reader is going to be surprised how caught up they’ll become in the rivalries of a few guys attempting to make the fencing team. Pacat constructs the rivalries with the precision of a fencer herself, and the trials continue in Volume Three.