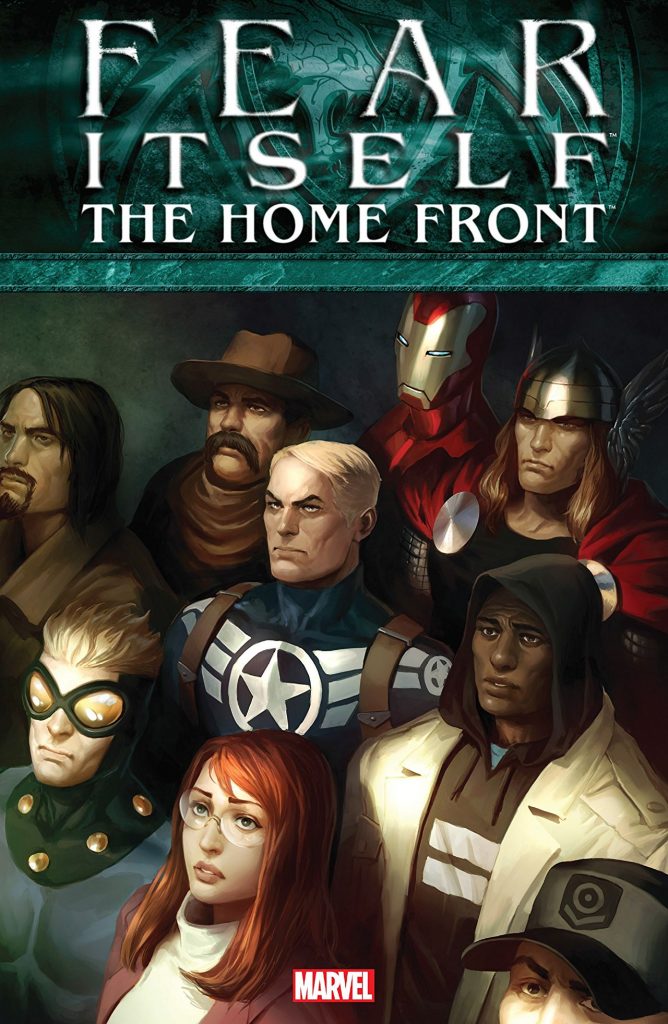 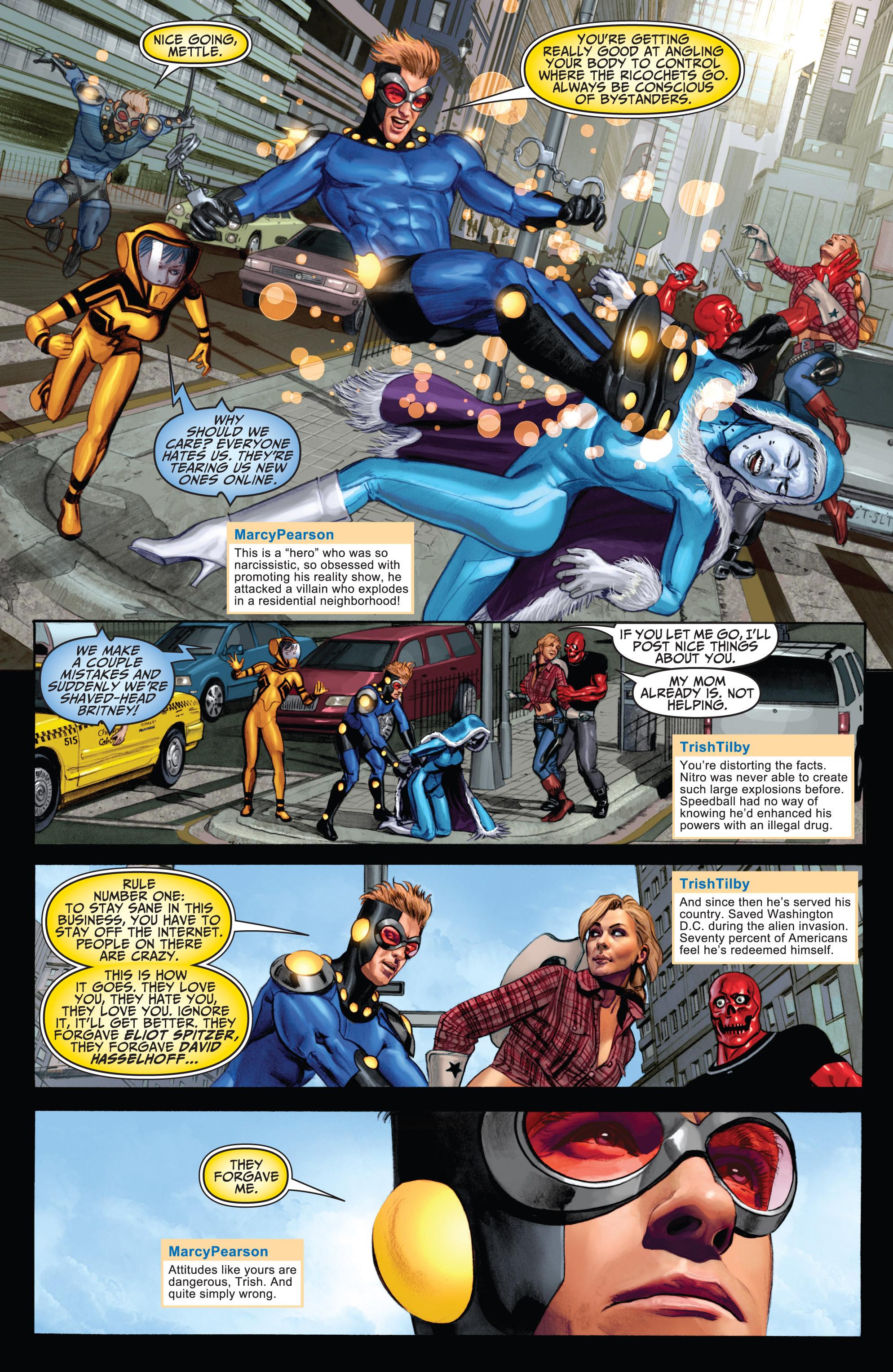 Marvel’s 2011 Fear Itself crossover event saw several Marvel powerhouses supplied with hammers that increased their power to god-like levels. Woe betide anyone that gets in their way. The Home Front gathers a series of short stories about assorted Marvel characters as the chaos instituted takes place all around them.

Firstly, don’t be fooled by a cover featuring Captain America, Iron Man and Thor, none of whom appear in the stories inside.

One time New Warrior Speedball is the unlikely recipient of the longest story, courtesy of Christos Gage and Mike Mayhew (sample art). It works well, starting with his guilt about participation in an incident that killed thousands in Stamford. He salves his conscience by working anonymously with a volunteer group run by one of his harshest critics. It’s a clever tale making good use of instant digital communication, and raising problematical ethical questions to which there are no definitive answers. Mayhew’s photo realist art does what it sets out to do, but occasionally comes across as static and posed, which is undesirable with a character whose ability is based on movement, and when it comes to the team of villains late in the story the style renders them laughable.

The other major feature spotlights Jimmy Woo, restored to the way he was in 1958, but heading a 21st century super team of heroes from that era, the Agents of Atlas. As they investigate hate groups, Jimmy’s falling apart. Peter Milligan’s story promises more than it actually delivers while featuring some nice moments, and Elia Bonetti captures Jimmy as well as pulling off the trick of giving personality to a bunch of characters designed to make that awkward.

‘The Chosen’ only runs to three chapters, but that’s three too long as assorted teenage heroes gather together to squabble and then fight barely credible magical horrors. This isn’t Fred Van Lente’s finest moment, and Alessandro Vitti’s art is schizoid, on some characters clean and smooth and on others gritty and scratchy.

The shortest recurring feature is a series of single pages by Howard Chaykin providing character insights about six different people. The concept is simple, with the focus ranging from a Parisian citizen to Atlantean Prince Kida, but the purpose obscure. They’re bookended by two J. Jonah Jameson monologues.

Seven further tales explore the Marvel world with fear circulating, most building to a lesson about the indomitably human spirit under pressure, and so the strongest representations of the title. Some feature superheroes (Blue Marvel, Great Lakes Avengers), others supporting characters (Liz Allen) or ordinary communities, and they make for a nice varied selection without standing out.

Fear Itself isn’t considered the most memorable of Marvel crossovers, but with most of the content successful, The Home Front ranks among the best Fear Itself tie-ins.