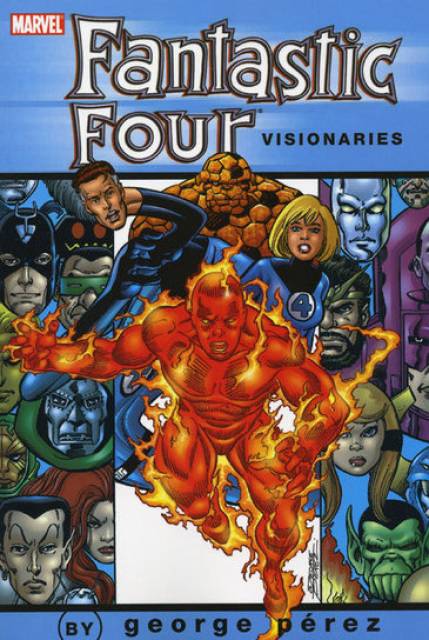 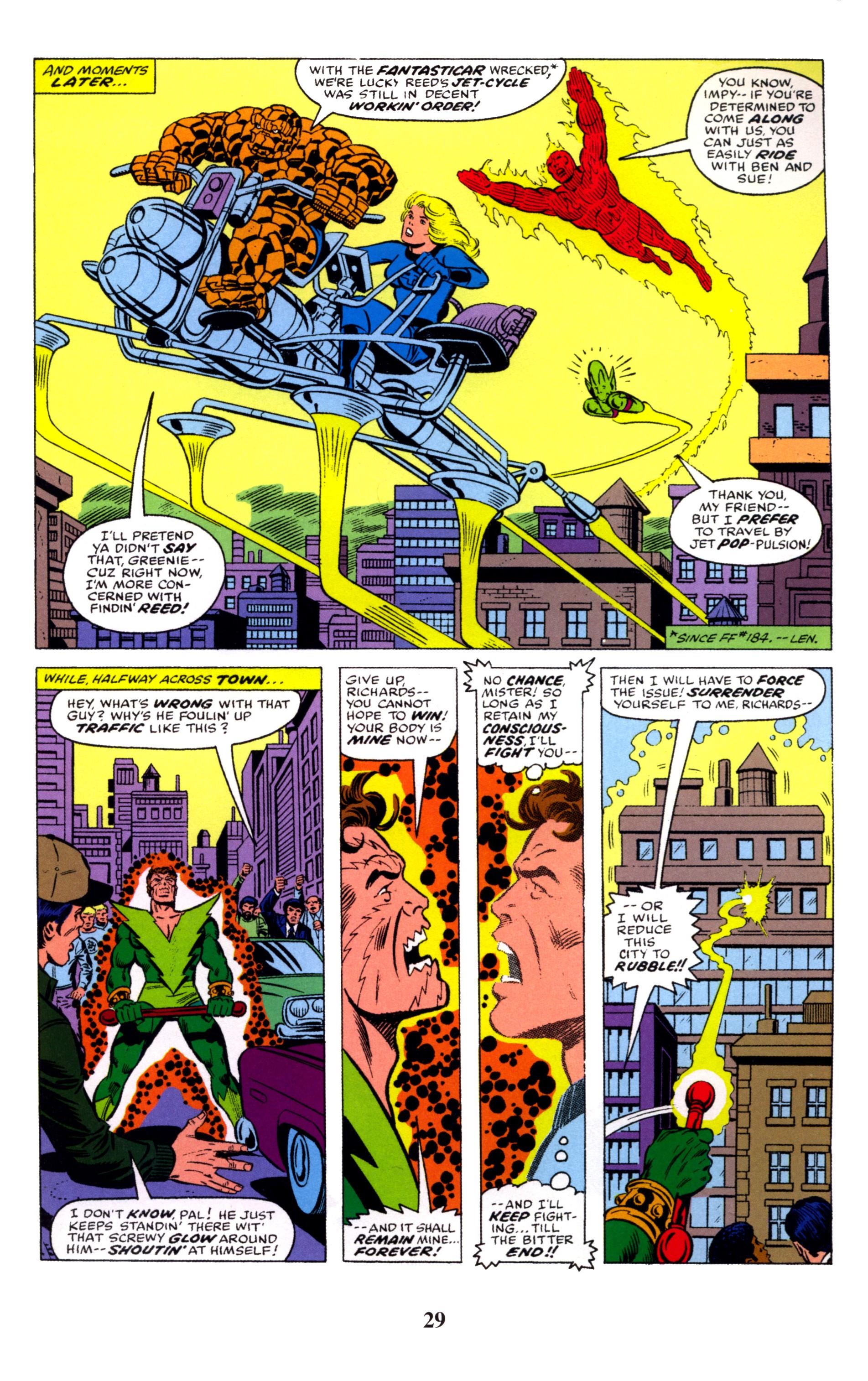 Those familiar with the contributions of George Pérez to the Fantastic Four in the 1970s may be puzzled how Marvel have managed to stretch relatively few issues over two books. The answer is supplied by the inclusion of some solo tales of the Thing, although not all those Pérez drew.

One of them is very welcome, a reprise for Pérez on the Impossible Man. He obviously loved drawing this capricious and childlike pinheaded alien, and Mark Gruenwald’s tale of the Thing attending a sculpture exhibition has plenty of comic moments that Pérez plays exactly right.

By the time of the opening issue reprinted here, Pérez had been working on regular titles for two years, producing two comics per month for much of that, and had developed into a first rate superhero artist. He blended detail with vibrancy, and character with style. Unfortunately this was largely wasted on stories that present some interesting ideas never fully realised. Reed Richards being taken over by the force within the Molecule Man’s wand is a good idea, but it flounders through lack of further imagination, and the Fantastic Four breaking up is unconvincing.

Pérez co-plots an annual with Marv Wolfman, predating their collaboration on the Teen Titans, and taking the Fantastic Four back to New Salem. This is the hometown of witch Agatha Harkness, and was seen in the first volume. The villains of the piece are a little more convincing than previously, but both this and the following annual, written by Doug Moench, are hardly memorable.

Bizzarely, in the previous book Marvel couldn’t be bothered to include a chapter drawn by Sal Buscema ending a four part story otherwise illustrated by Pérez, yet here there’s room for one drawn by Tom Sutton with absolutely no bearing on the remaining content.

For those who’d prefer the material in its original continuity the non-annual Fantastic Four stories can be found in black and white within Essential Fantastic Four 9, or more sumptuously packaged in volume 18 of the Marvel Masterworks reprints.