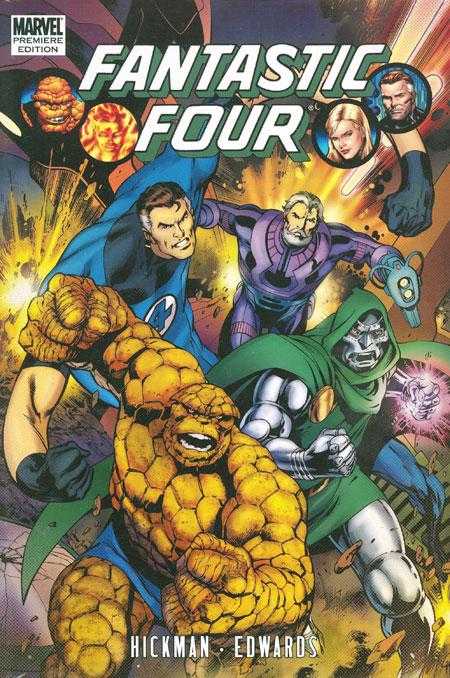 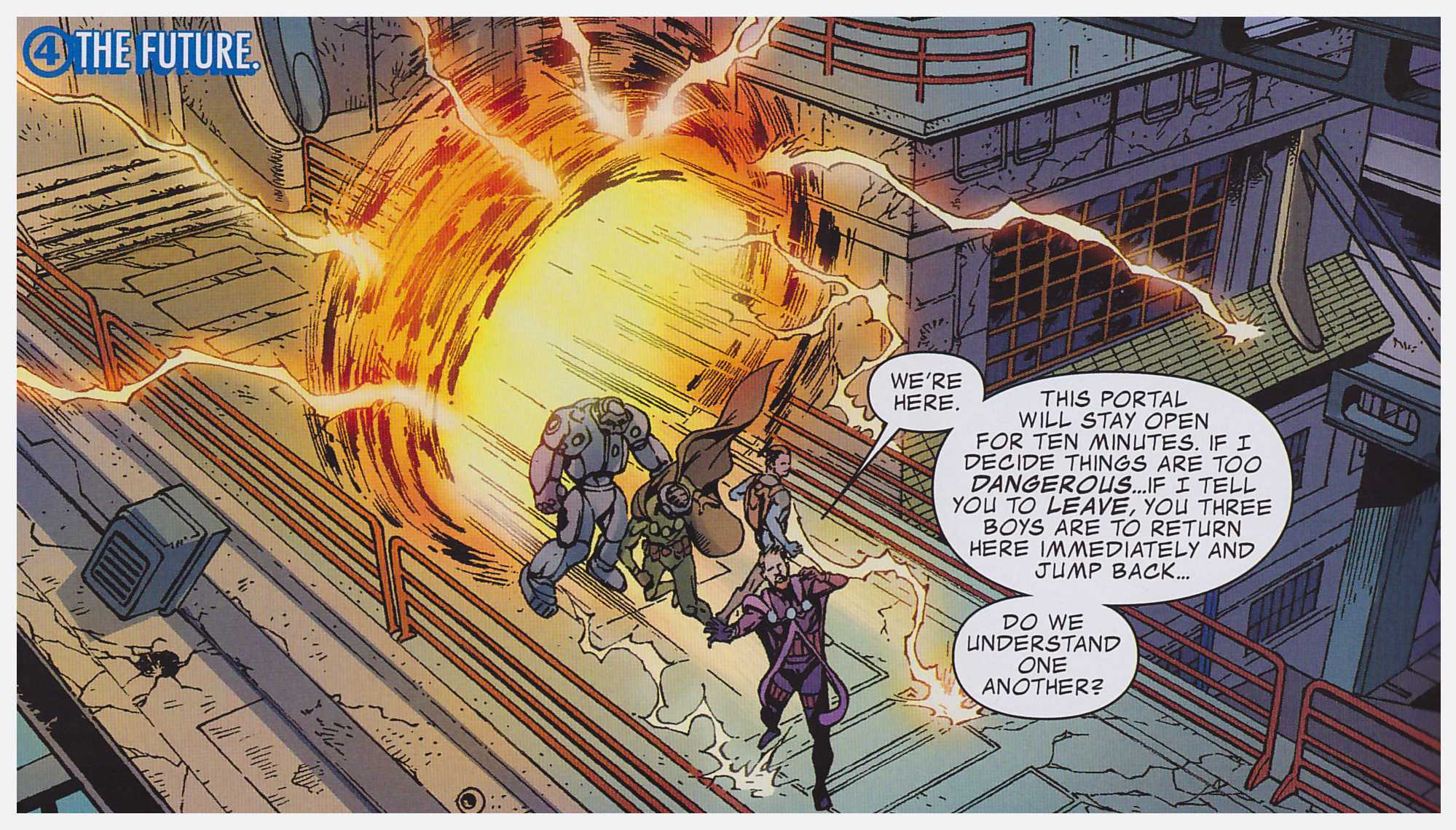 The opening pages of this collection engrave what’s pretty well writer Jonathan Hickman’s mantra for the series, as Reed Richards addresses a group of his peers and lays forth his frustration at the limitation of scientific progress due to financial and political concerns. It might be taken as a metaphor for the lack of imagination over the years applied to the title he’s writing. Richards’ solution is The Future Foundation, a group of the most intelligent kids on the planet (and the improved Dragon Man) and he’ll be teaching. Among the group is the clone of Bentley Whitman, better known as the Wizard, a former villain whose mental state is deteriorating. That may appear an exceedingly dull chapter, but it’s actually inspirational, and starts to address a long standing problem for another member of the Fantastic Four.

Over the course of the series to date Hickman has carefully built up relationships, those of Franklin and Valeria Richards with the adults and each other, Susan Richards with the recently discovered ancient Atlanteans, the touching reverence the Moloids have for the Thing, their rescuer, and many more, and they’re at the core of what he writes, far more so than much of his work elsewhere. This volume features some excellent interaction between the college era Reed Richards, Ben Grimm and Victor Von Doom, the latter playing a decisive part in the story, and between Susan Richards and her daughter

Having shifted the ground, there’s a comedy chapter in the company of the Impossible Man, a shape-changing alien, before a dip into time. Much as Reed Richards wants to shape the future, there are those from the future wishing to revise the past.

Dale Eagelsham left the Fantastic Four with the previous volume, and Neil Edwards does so here, also having provided great storytelling for complex material that under lesser hands might not work at all. Possibly the most memorable pages, though, are ones he didn’t draw, a primarily blank pair in which time resets and a character delivers a final farewell. 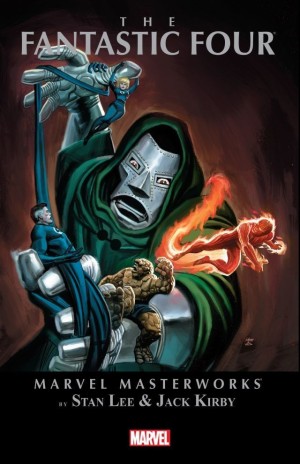