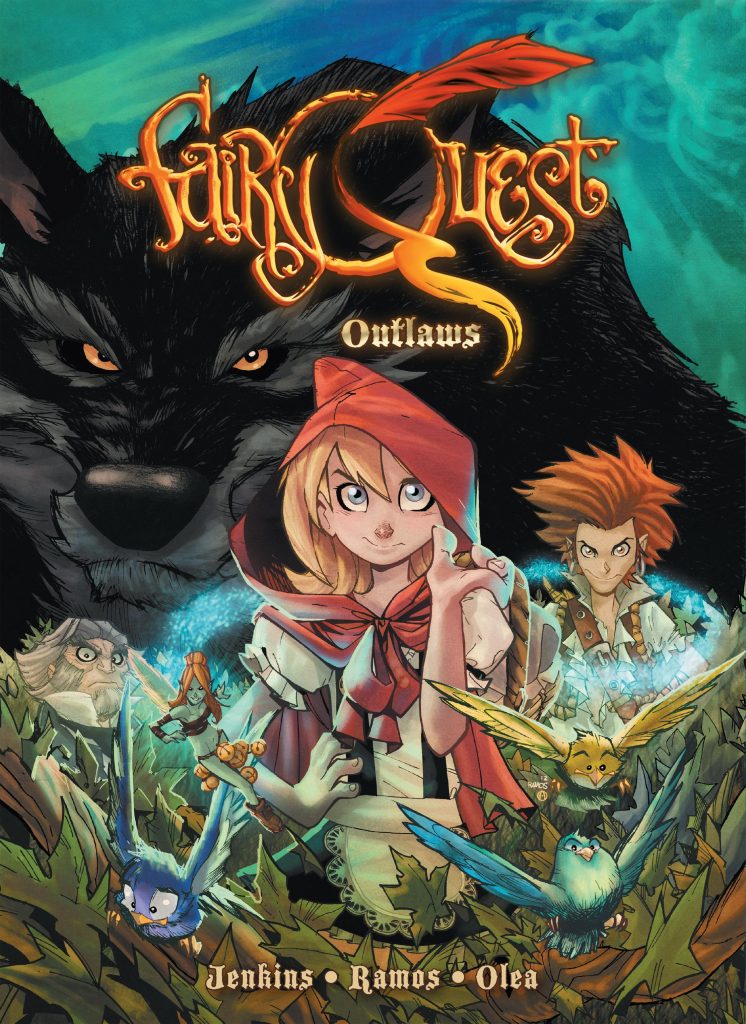 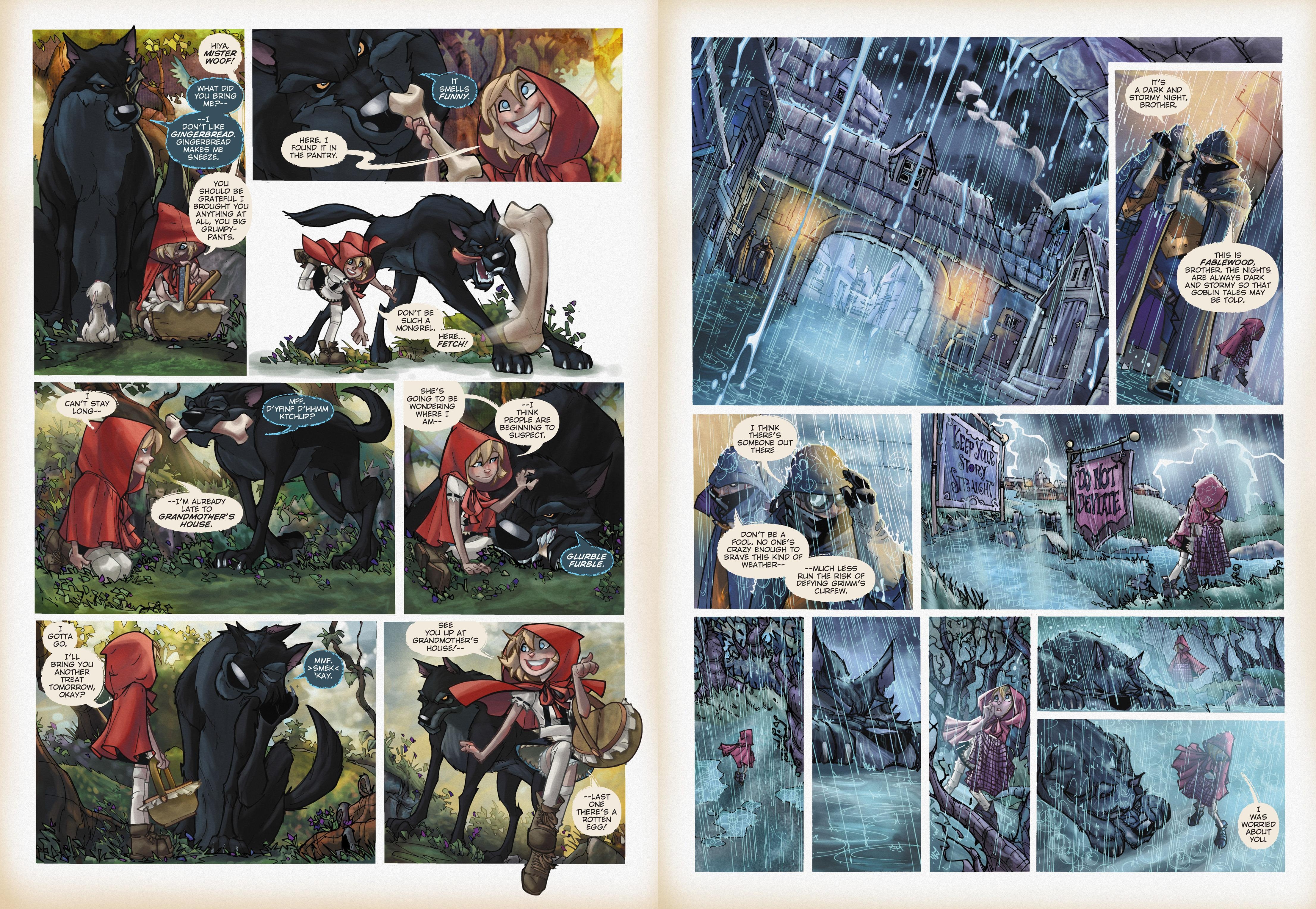 Fablewood is home to the characters we know from fairy tales, and a place where discontent is festering. There are rules, you see, enforced by the Overseer Grimm, requiring the characters to be perpetually chained to their stories, and should they deviate they’re treated to the mind eraser. There is a possible means of escape, a place called Realworld where people can live in freedom. It’s Red Riding Hood who decides to undertake the journey, actually friendly with the wolf she supposedly outwits in a story every single day, but Grimm has his own reasons for wanting to enforce the status quo, fearing chaos.

With Bill Willingham and Mark Buckingham having repurposed the characters from fairy tales so well in Fables, focussing on those same characters, even in a different environment, invites comparison. Fairy Quest, however, is distanced by virtue of Humberto Ramos really pushing the boat out for the art. His cartoon exaggeration hasn’t always been an easy fit with the superhero titles he’s drawn, but his big-eyed, bigfoot cartooning is ideally suited to creating a world of fairy tale characters. He supplies a chilling Hansel and Gretel, a delightful gingerbread house, a Captain Hook positively dripping with malice and many more equally memorable, all presented to best effect by the choice to publish an album sized hardback.

Paul Jenkins never explains the logic behind his premise, but as this is only the opening volume, he can’t be expected to reveal everything at once. The lead figures are Red Riding Hood and the wolf, and it’s with them that the quest aspect of the title comes into play. There’s a way to Realworld, and some people they know may have even been there, but in the end their mission is to locate the Map Maker, who knows all things.

Although definitely aimed at a younger audience, some of the cast are little too nasty for the youngest of children, but everyone else should rediscover their own love of the characters via the vibrant art and respectful presentation of their childhood favourites. Outcasts continues the story.