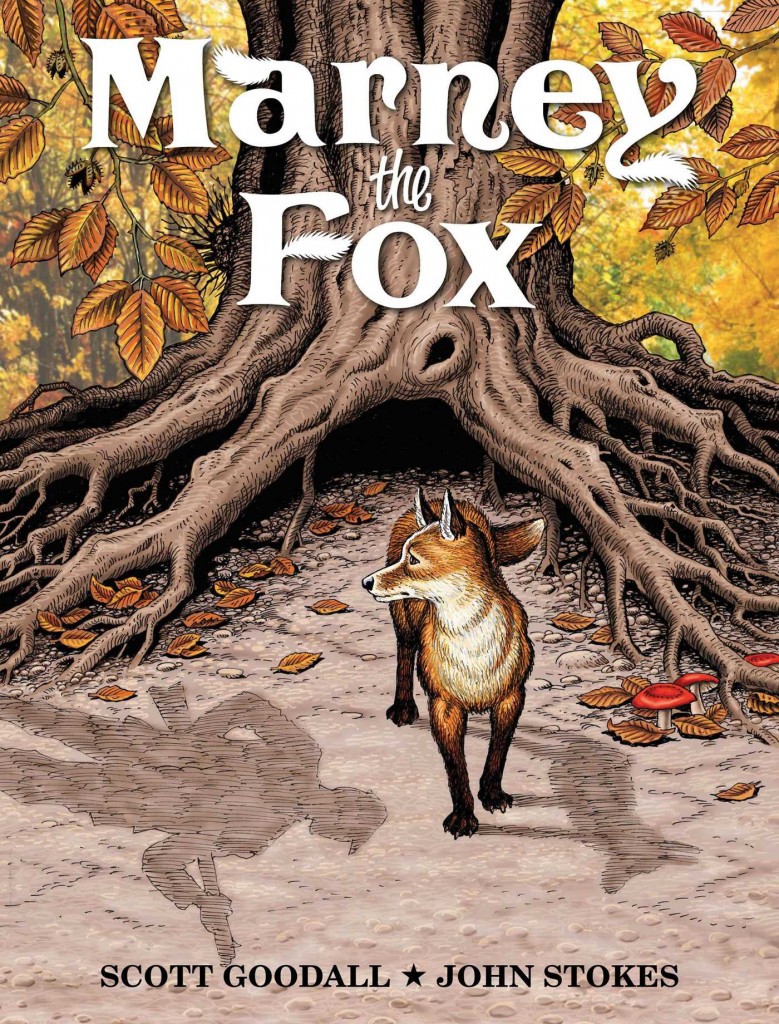 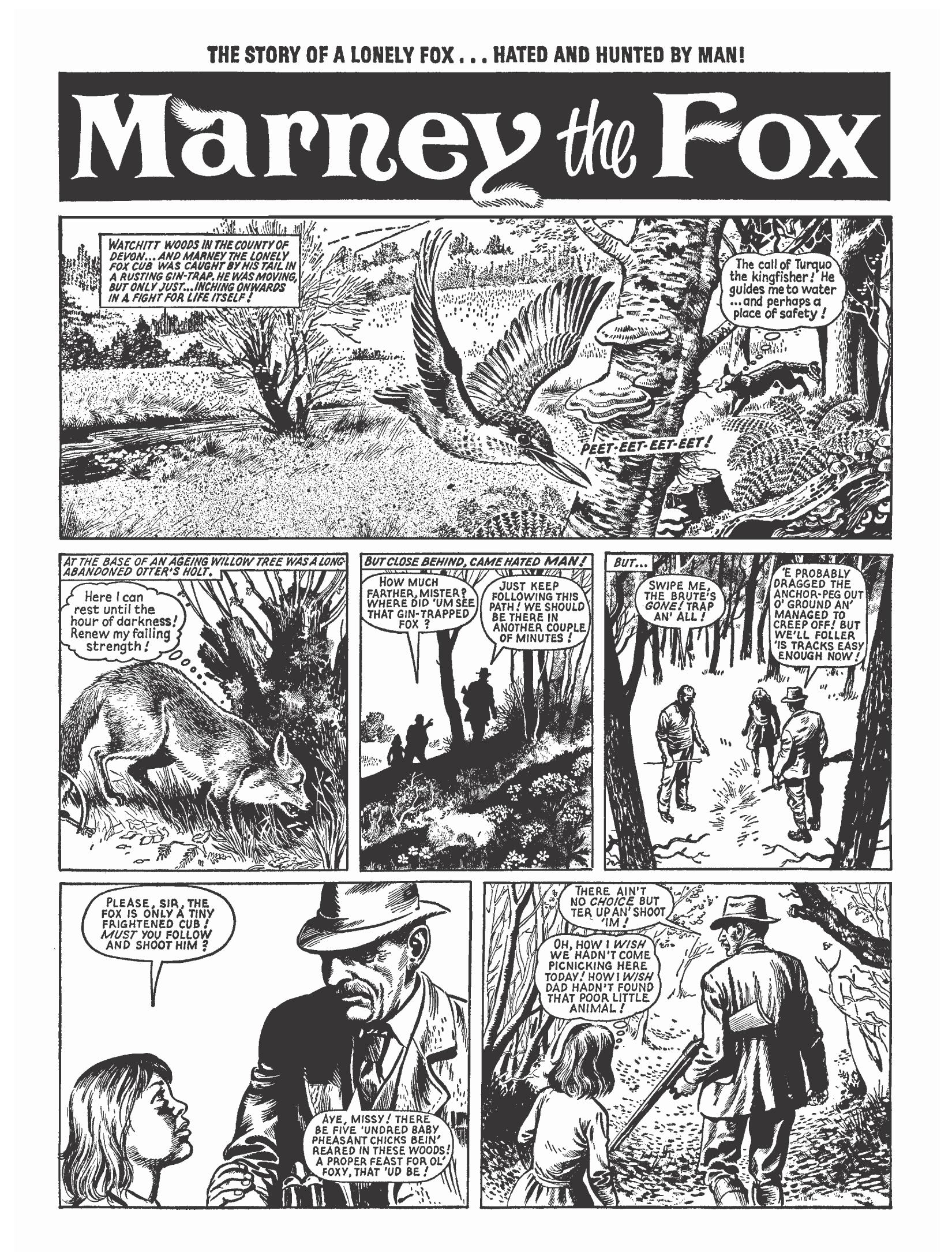 In his introduction John Stokes notes the sea change that’s engulfed the comics industry since he worked on Marney the Fox in the 1970s, and most items he mentions are for the better. One aspect that goes unmentioned is very much to the detriment, and that’s the unfortunate truth of British comics no longer having a home for a strip as impeccably crafted as that he worked on. Stokes’ stunning artwork, the sensitivity of Scott Goodall’s scripts, and the bucolic celebration of the British countryside fit the remit for no current British comic, and that’s a great shame.

We first meet Marney as a wide-eyed young cub emerging from the den after winter to experience his first daylight, but a remarkable aspect of the strip is that while our sympathies are with the young fox, this is no sentimental whitewash of the dangers foxes pose to other life. Goodall lived in the Devon countryside he wrote about, and was well aware of how the farming community viewed foxes, and what a fox needed to do to survive, and this all feeds into the strip. Marney acts on instinct, and has no understanding of humanity’s technology, and nature is an unforgiving master. The strip was published in two page episodes, and the brief for each was to resolve the previous cliffhanger and set up the next. This formula becomes very obvious in a manner it wouldn’t have been when a week’s wait separated the episodes. Within it, however, Goodall is extremely adept at varying his scenarios, allowing for the passing of the seasons, and while a handful of episodes have a more fanciful aspect, the best of the strip is Marney roaming the countryside interacting with other creatures. There is a slight awkwardness as on the one hand Goodall aims for a simple shorthand for Marney’s thought balloons, but also has a desire to educate, so Marney is real whiz at identifying other species correctly.

Marney doesn’t inhabit a generic countryside. Stokes took the time to research legitimate locations and his plant life is as accurate as the creatures. Marney runs between cowslips and foxgloves, and over the course of the strip there are very few indigenous British mammals he doesn’t meet at some stage, all meticulously rendered along with plenty of birds. There’s barely a panel without humans that’s not striking in some way. Not that the humans are poorly drawn, but they’re not as decorative.

Interludes in a research laboratory, Marney captured by a gypsy woman who wants to train him for sinister purpose or crooks who’ve hidden their loot where Marney sleeps are among the weaker episodes. They slip far closer to the traditional British comics adventure story where realism was a secondary concern, but overall Goodall strikes a good balance between the urban adaptability of a fox and their natural habitat. It’s the latter that gives the best episodes a timeless quality, and there’s no reason the child of today shouldn’t enjoy these adventures as much as their 1970s counterparts did.

Goodall died in 2016, having long retired, and it’s testament to his long and varied comic writing career that a strip of this quality was only mentioned in passing in obituaries, if at all.