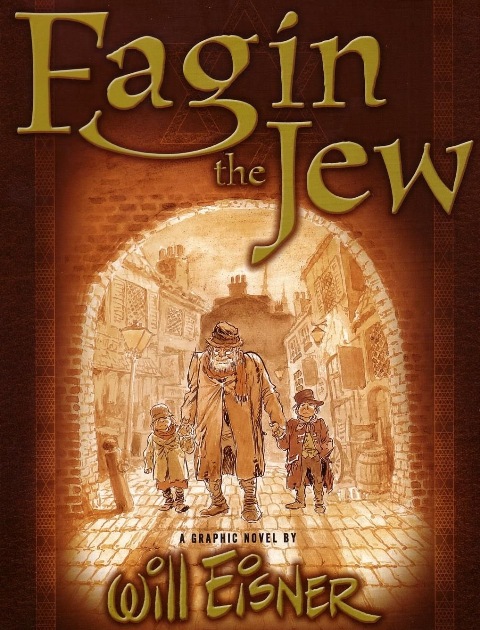 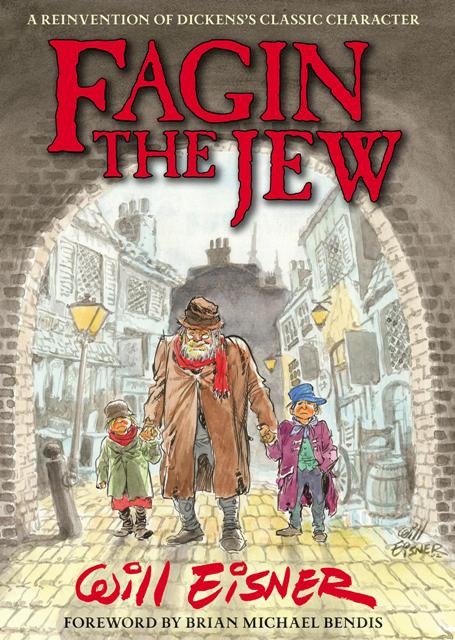 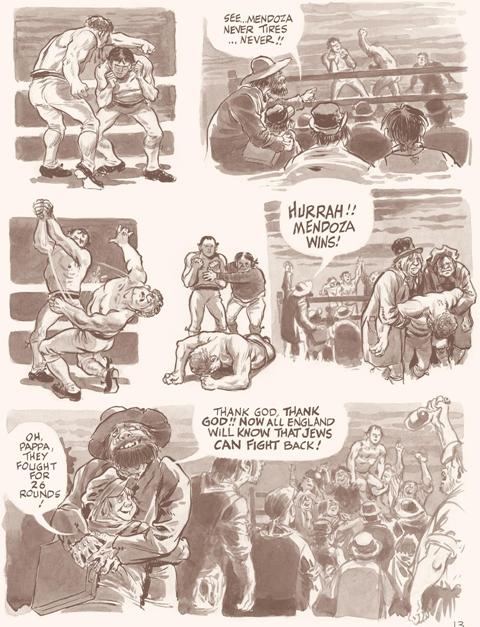 Fagin the Jew is not Will Eisner’s attempt to re-tell Charles Dickens’ classic tale Oliver Twist. While it does weave Oliver himself into the narrative, it  investigates the story behind Fagin, an icon of both literature and film, a character Eisner believed fell foul of racial stereotyping that contributed to needless anti-Semitism. In his foreword to the 10th Anniversary Edition Brian Michael Bendis, himself Jewish, observes that Eisner’s intentions seem odd since he was hardly innocent of racial typecasting himself. His portrayal of Ebony, the Spirit’s Afro-American side-kick, though typical of the times is a prime example. Eisner regretted this later especially since stereotyping of the Jewish people angered him, his last projects (Fagin the Jew being one) were dedicated to addressing Anti-Semitism in popular culture.

Eisner crafts a riveting yet tragic backstory that explains how and why Fagin became the character people recognise, supported by research into the Judaic culture within Victorian Britain. He makes a clear distinction between the Sephardic and Ashkenazi communities, observing that Fagin was likely the latter, a Jewish refugee from European countries where oppression was common. While the fortunes of the Ashkenazi have changed considerably, at the time they were largely impoverished, occupying slums and forced into menial labour or crime out of necessity. Being much lower down the social ladder than their wealthier Sephardic brothers (UK Prime Minister Benjamin Disraeli was descended from this branch), Fagin was far likelier to experience racial prejudices without access to a lawyer.

By crafting this origin Eisner garners our sympathy for a character granted little in the original literature. He’s a thief and a charlatan, but he still possesses humanity, taking orphans in out of sympathy rather than a desire to exploit them. Eisner’s dynamic art further humanises Fagin and frames the world Fagin lives in, sepia hues giving it a period tone. From Fagin’s miserable childhood to his troubled adulthood Eisner uses the intricate squalor of the London slums, the harsh environs of a penal colony or the interactions of a diverse and fabulous cast to pluck on the reader’s heartstrings. There is such a melancholic and engaging beauty to the art that it is difficult to believe Eisner was around 85 years old when he produced this.

Fagin the Jew is an impassioned diatribe against anti-Semitism, the creator insisting that neither race nor religion automatically classifies someone as “evil”. Racism and xenophobia exists within all culture as equally as kindness and generosity does. Eisner’s point is that Fagin is what he is by lack of nurture rather than because of his nature, his body dramatically aged by his experiences. It is thought provoking, yet explaining prejudice and countering it is never as straightforward as we like to believe. Yes, Fagin has suffered harsh treatment because of his ethnicity and religion, but he has chosen to enter a life of crime and reaps the consequences thereof. While Eisner never seeks to exonerate his lead, his attempts to justify Fagin’s actions muddy the water and weaken his argument.

For that reason Fagin the Jew is considered one of Will Eisner’s “lesser” works, although someone who has never read anything by Eisner before will wonder how a book with such outstanding art can be classed as such. Accessible, readable and familiar (thanks to adaptations of Oliver Twist for stage and screen) this is the perfect choice for a first graphic novel. 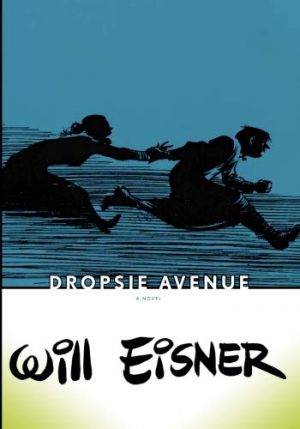