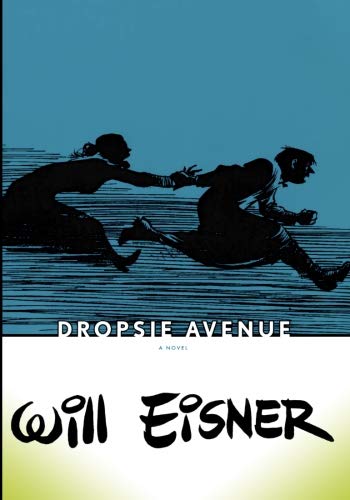 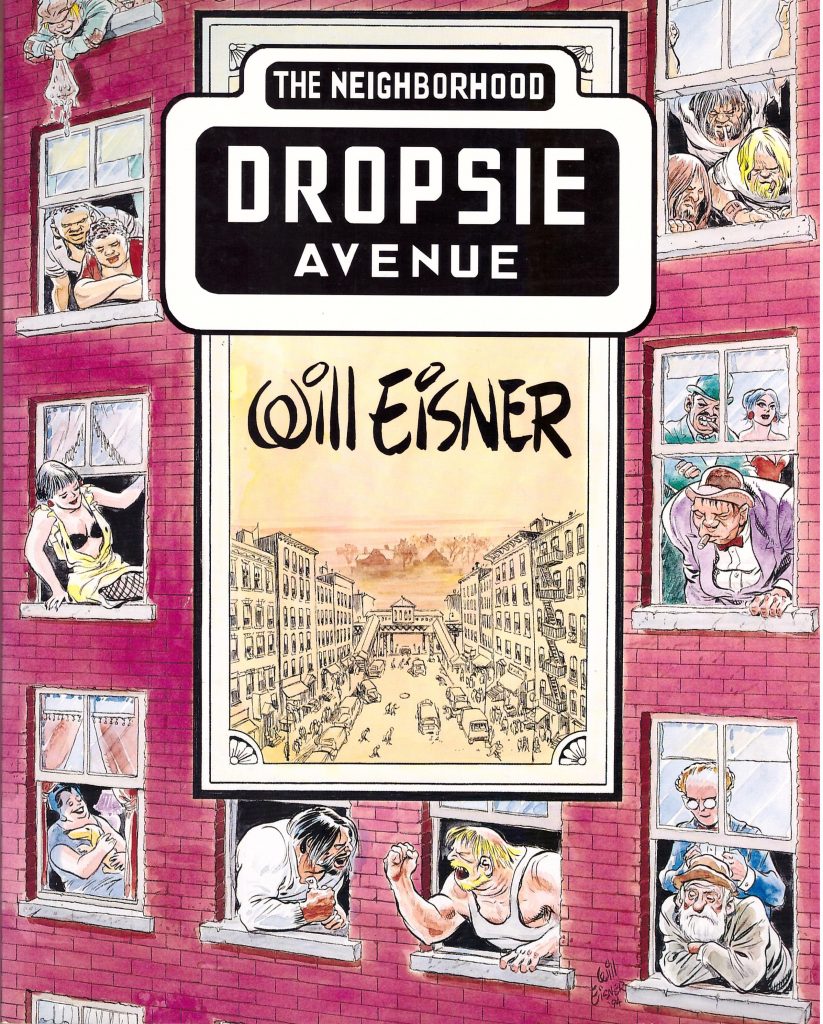 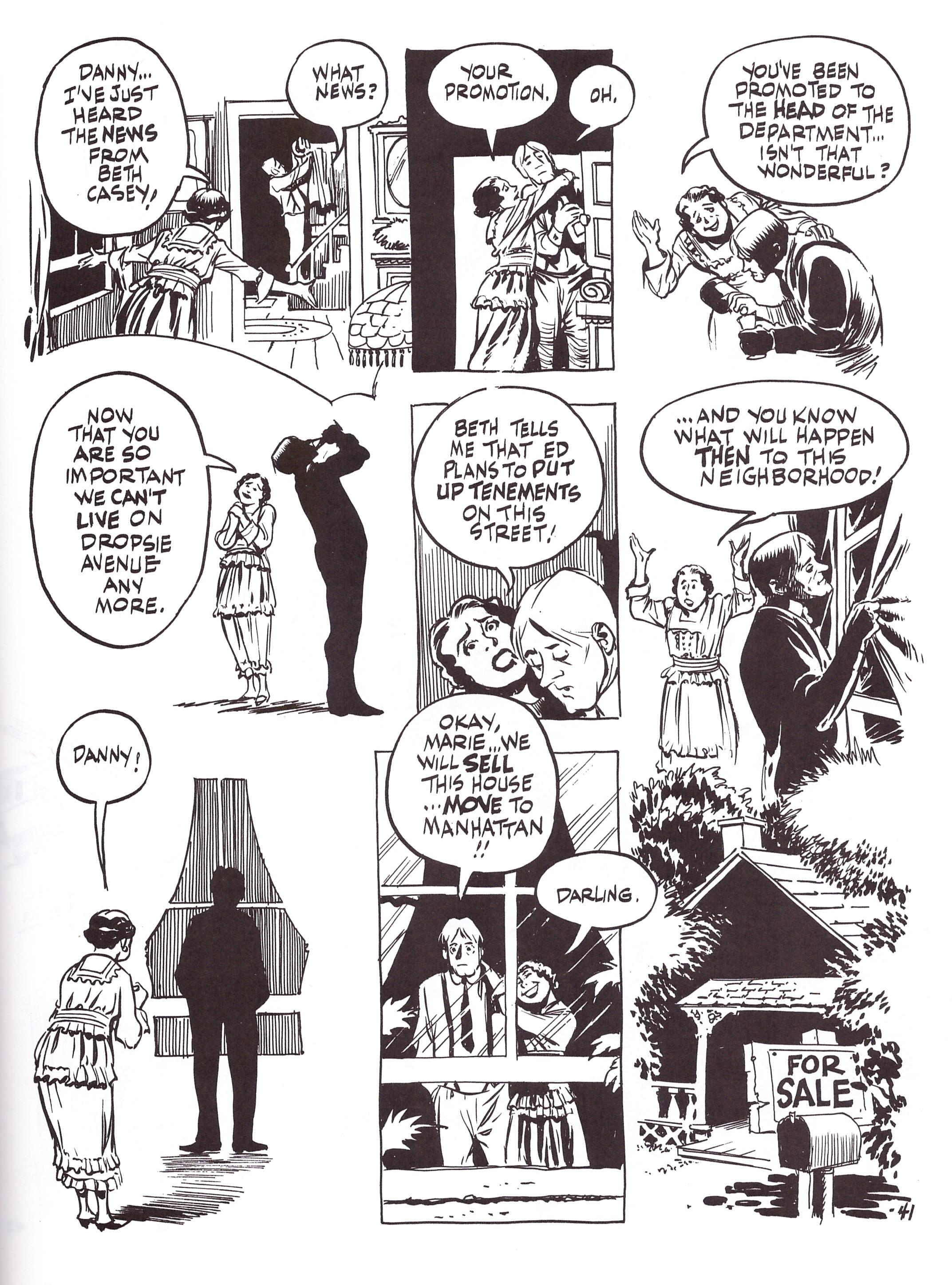 Fifteen years or so after Will Eisner had pioneered the American graphic novel in its current form he remained streets ahead of most who’d followed in his footsteps. The technical mastery might have been expected from an artist well over fifty years into his career, although some decline, but Dropsie Avenue displays a narrative ambition well beyond all but the best creators whose work appeared alongside Eisner’s.

The title refers to the single South Bronx street Eisner follows from the building of the first house in the late 1800s to the then present day of the 1990s, the focus on those who inhabit the street over the years and their changing concerns. It’s a story that begins with tragedy and dark deeds, and is simultaneously that of New York’s changing face, each successive wave of immigrants considering the next lowers the tone of the neighbourhood, beginning with the Dutch settlers of New Amsterdam resenting the English.

Eisner had worked a similar theme before ten years earlier in The Building, and while not every character there was likeable, it’s as if he was dissatisfied with his extrapolation of circumstances, and so returned to add a greater sense of social prejudice. He spans the years via vignettes, a small piece per era tied into development, with the names surviving the generations. For all his reputation for sometimes over-sentimentalising, only a heartwarming ending provides evidence in Dropsie Avenue, although a full circle epilogue is appended. To begin with there’s little appeal to social snobbery, municipal corruption and gangsters. Eisner’s selectively following history, so is he making the point that the inevitable consequence of bigotry and hypocrisy is urban decline? Probably not, as he emphasises the short lives of criminals, but he could be read that way. More certain is his view of culture clash being inevitable, with all the unpleasantness that brings, and that each generation looks back at their past through rose coloured glasses, mourning the cost of progress. Balancing that are plenty of examples of neighbourly kindness as the population of the street increases.

Although a pioneer in the 1940s and again from the late 1970s, time has begun to date Eisner’s art. His storytelling remains exemplary, but those who’ve learned from him employ a visual subtlety not as apparent in Eisner’s work. In order to make his points, he exaggerates, and every now and then this drops into theatrical staging. It’s a minor complaint in the face of the rich, constantly changing locations and the bustling street scenes, yet also not one likely to have been raised within a decade of publication.

Within his social history the stories Eisner tells are masterful. Some are inevitably tied to the times, but others such as that of Sven the building superintendent evocative little interludes. They share an astute observation of human foibles, and Eisner’s view is that in the city if there’s money to be made there’s always someone willing to take it no matter the cost to others. He also notes that it’s ultimately people who define a neighbourhood, not buildings.

It’s easy to pick at the surface of Eisner’s work, but the foundations are solid, always resulting in a drama rooted in an optimistic outlook with broad appeal. The scope and richness of Dropsie Avenue rank it among the best of a major catalogue. It’s combined along with two other Eisner graphic novels as The Contract With God Trilogy.