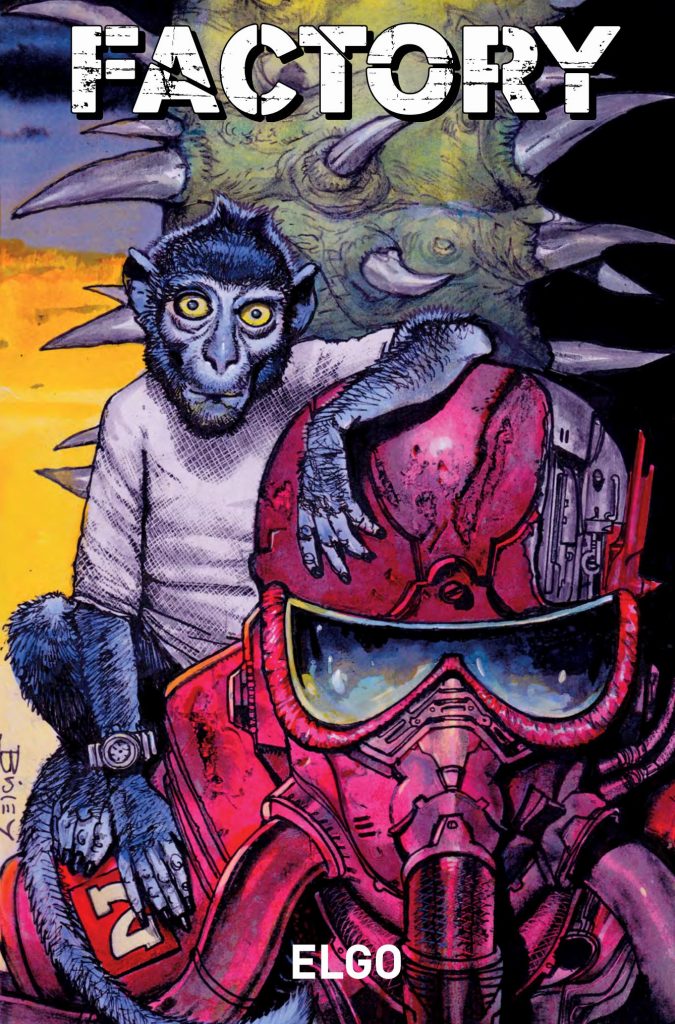 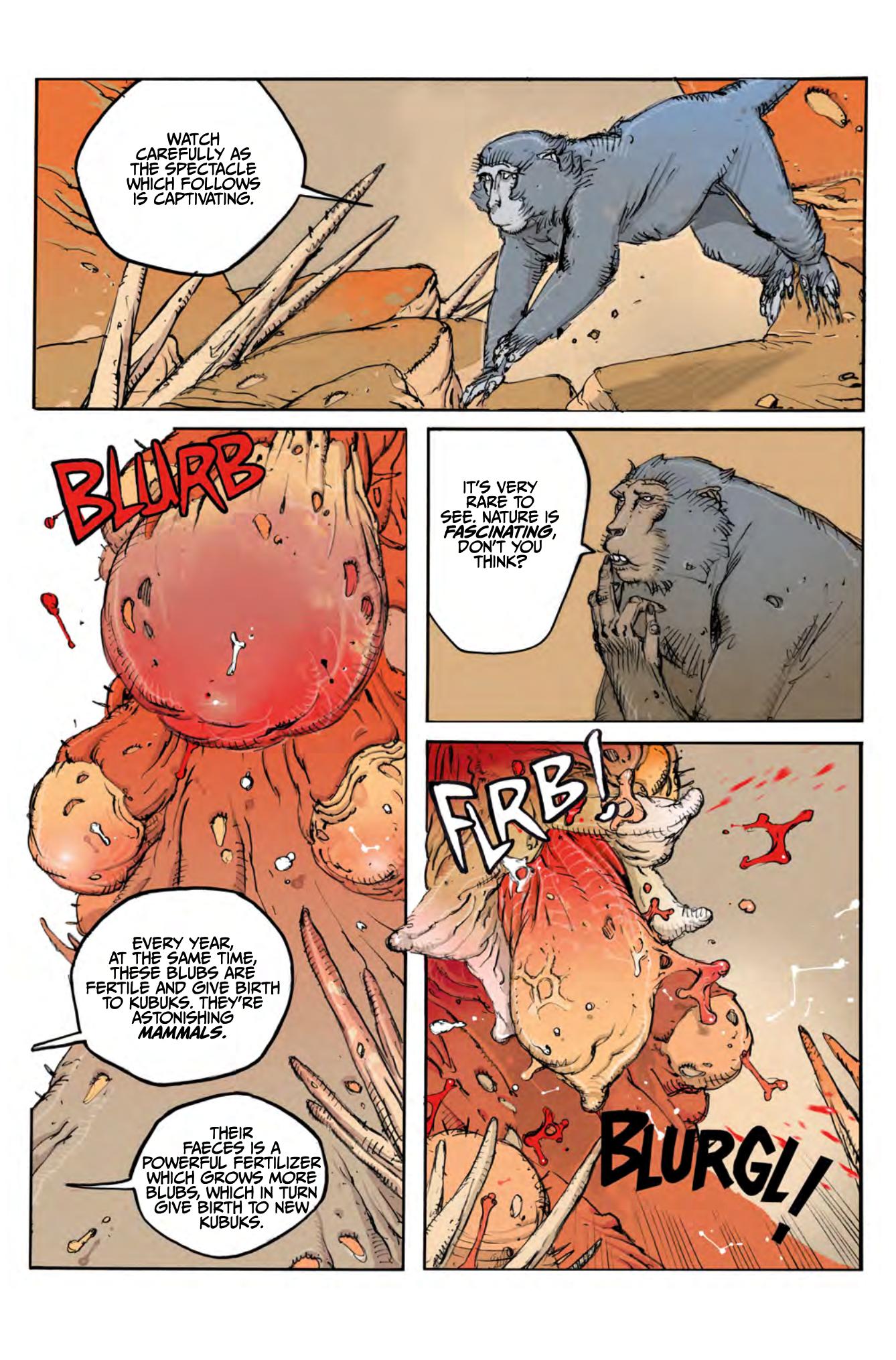 Over the past few years Titan Comics have been issuing nicely curated collections or reissues of work by the great French creators of the 1970s, all of them very welcome. Perhaps more quietly, their Statix Press imprint is simultaneously publishing English translations of graphic novels from creators influenced by that innovative work, among which Elgo numbers. It’s the pen name of Yacine Elghorri, who’s credited under his full name for the French editions of the three books collected here.

In terms of art and story it’s Enki Bilal who’s Elgo’s biggest inspiration, as he creates a society under the charge of Lord Gucco, the timid ruler of the ghastly factory with a vast organisation, dependent on the predictions of a precog to keep things running smoothly. For Gucco at least. The last thing his excellency needs is for the precog not to have foreseen his own death, which occurs just after he collapses mentioning the danger of a man pig. We meet them soon afterwards, wandering the potentially fatal wastelands responsible for degenerating the people who enter in search of food they’re unable to find elsewhere.

Elgo populates his world with an imaginative selection of disgusting procedures and occurrences, most of them involving fleshy substances of one type or another, drawn with a delight in their bulgy, squishy properties. Many of these are generated in the factory where Gucco’s technicians are desperately attempting to clone a new precog. It’s not his only problem. An inspector is due to visit and will have to be paid off, and the starving in their internment camps are on the verge of revolt.

It’s difficult to be completely original with science fiction, and beyond Bilal, Elgo is the sum of his influences, with touchstones from other works apparent to those with broad SF reading. However, it’s also difficult to make a pigs ear of a dystopian, apocalyptic future, and despite Elgo stretching his plot almost to breaking point, it never entirely loses the attention what with the differing conflicting forces he introduces. Factory rambles, but it’s entirely possible that Elgo can bring everything back under control. He resolves one plot with a surprise toward the end, but much else remains to be decided. The collection signs off optimistically by designating it the end of the first cycle, but the truth is that Elgo published the last French album in 2009 and hasn’t returned to Factory since.