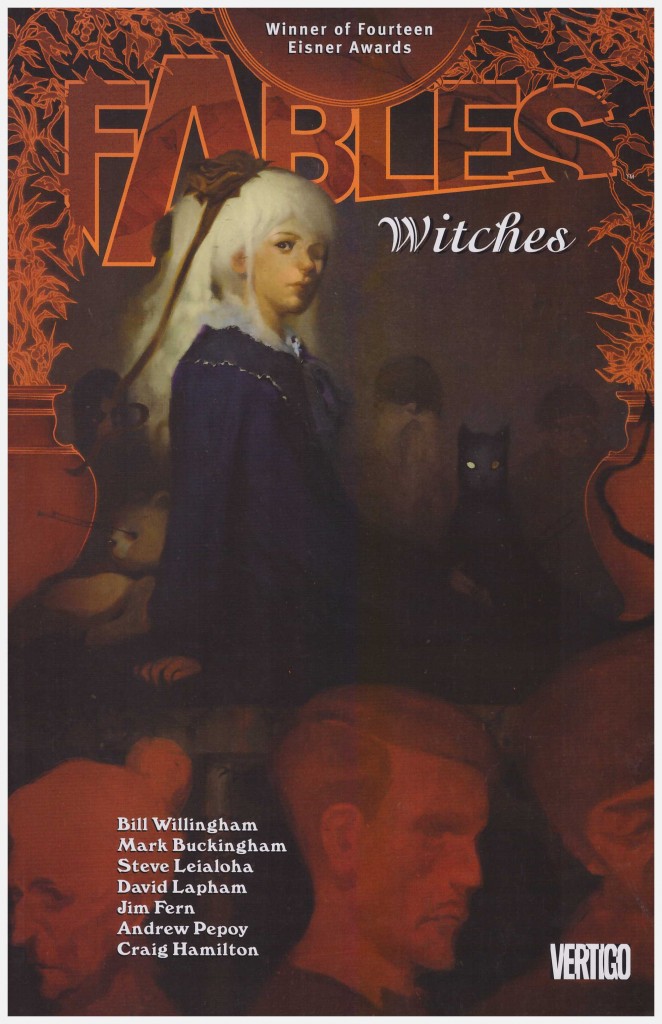 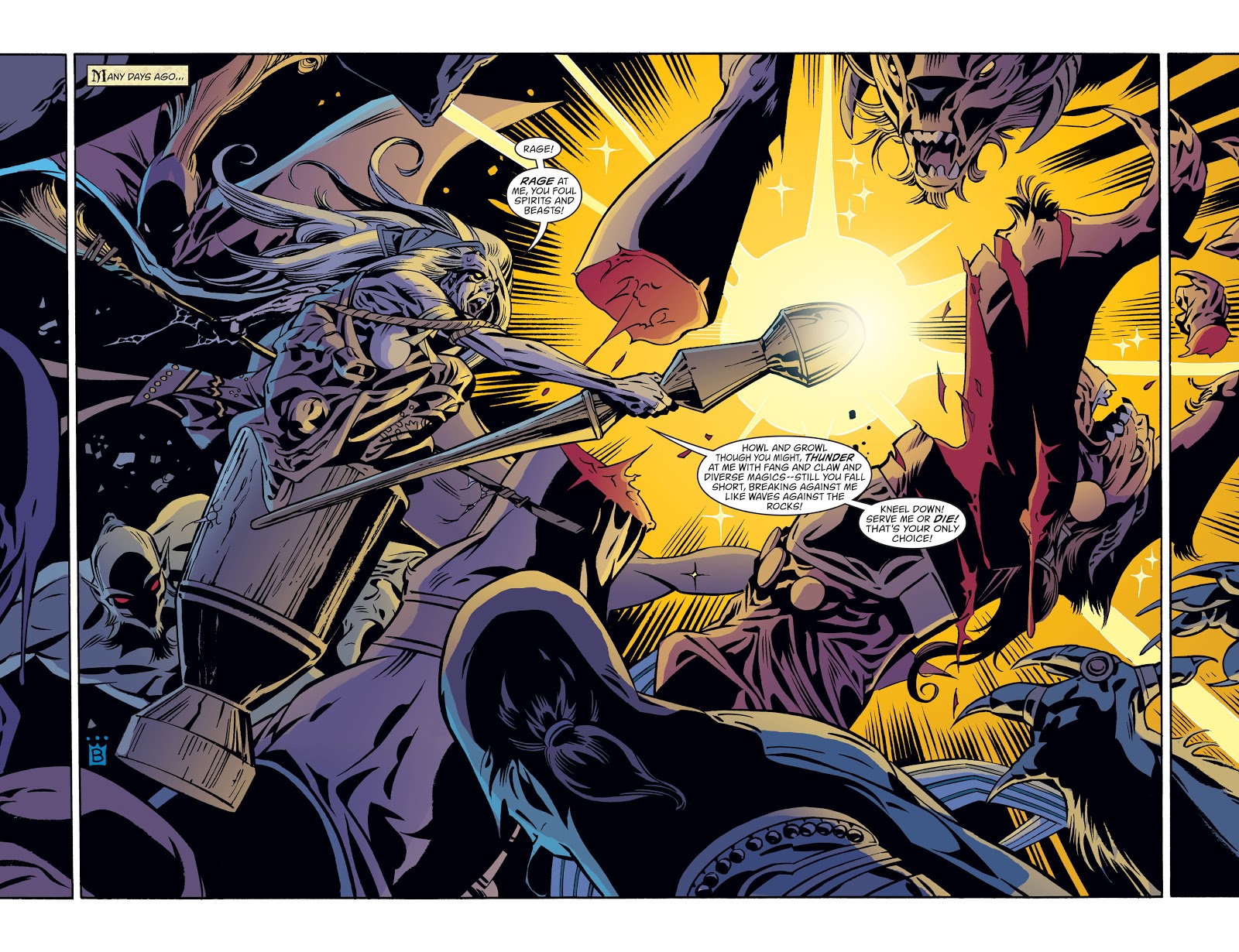 After the lacklustre fare of The Great Fables Crossover it’s pleasing to note an instant bounce back to form refuting any accusation that Fables may have jumped the shark.

A primary character here is Bufkin, the flying monkey. His previous task was cataloguing and storing all the tomes and artefacts needing to be kept safe in Fabletown, and part of that security was a doorway that led elsewhere. The storeroom wasn’t actually part of the main building, and with the coming of the Dark Man the binding spells connecting it with Fabletown have untwined. The Fables are bereft of many resources, including their treasury, and Bufkin, Frankie and the magic mirror are stranded in unknown territory with terrifying foes ranged against them, including the vicious witch Baba Yaga.

The threat of the Dark Man is amplified by his narrative relating how he was captured in the first place. It took a holding box of special construction and 3600 warlocks bringing centuries of training to bear, many of whom were slaughtered by the Dark Man during his capture. The hero of the hour was one Dunster Happ, a warlock proficient enough to cease ageing at a relatively young age, and designer of the containment box. This interlude is pencilled by Jim Fern, looking far better under Craig Hamilton’s inking than in his previous Fables outing in Arabian Nights (and Days). They’re both back for Werewolves of the Heartland.

As the title indicates, Frau Totenkinder and her 13th floor accomplices are central to the story. When it’s suggested to Frau Totenkinder that perhaps her task is done, she retires to the woods, and the running of the Fabletown witches is left to the more ambitious Ozma. Her methods are far more open and confrontational, and, as ever, Bill Willingham ends the main narrative with a shock.

Volume after volume Mark Buckingham delivers superb art, and this is no different. While many of the guest artists are very welcome, where Buckingham scores over most is in the humanity of the characters, be they human or animal. He invests each with a personality via expression and posture alone and that’s an all too rare consideration in comics.

It’s David Lapham who draws Willingham’s story of the Fables baseball game, based in part on Ernest Lawrence Thayer’s famous doggerel Casey at the Bat. It also focuses on Ambrose and Red Riding Hood, as his authority is put to the test and their relationship progresses. Some complained at the time that they’d prefer to see a more linear plot devoid of such diversions, but that’s a very narrow frame of reference. The cast is so vast and so well constructed that they can’t all participate in every volume, so better the occasional spotlight of this nature than ignoring them altogether.

The entirety of this book can also be located in oversize hardback printed on glossy paper stock as Fables Deluxe Edition volume eleven, and the next volume is Rose Red.