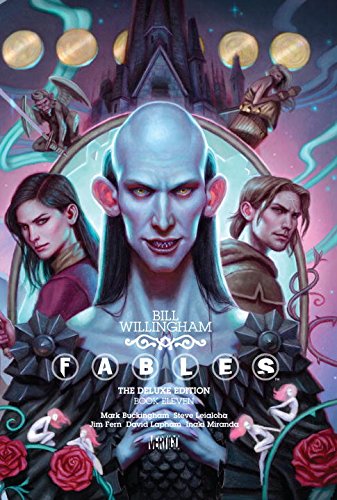 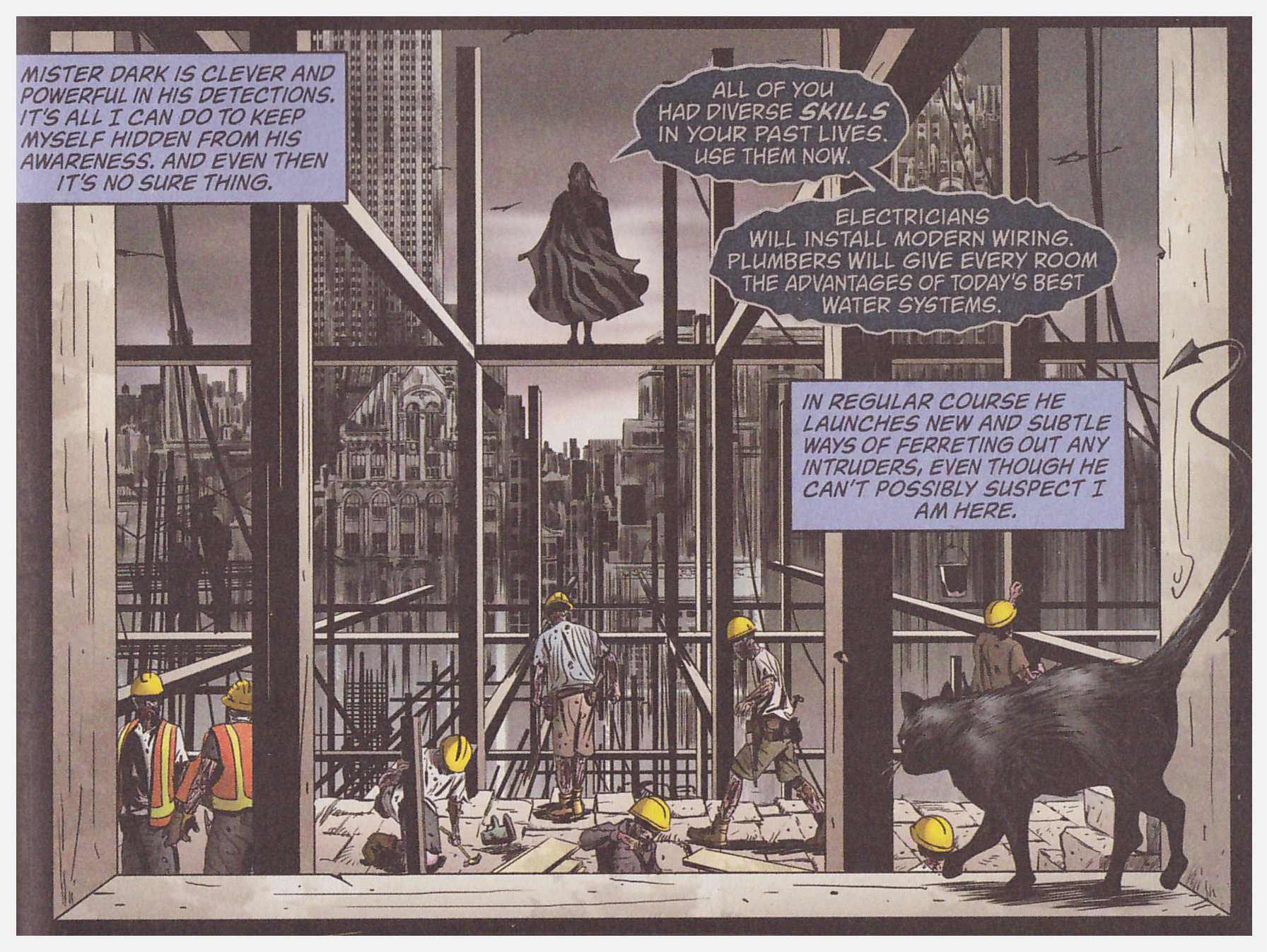 Is anyone still here? Any interest remaining after Deluxe Book ten? If so, just ascribe that to the spirit of experimentation without which there would be no great comics. Not all experiments work, but this is an instant return to form, collecting what was originally gathered as Witches and Rose Red.

Frau Totenkinder has thus far been central to Fabletown, binding not only the spells that conceal and protect, but the loose grouping of other resident witches. With the problem of the Homelands sorted out, it’s suggested that perhaps she might want to step aside and permit one of the others to lead their cabal. That falls to Ozma, and in a clever piece of writing Bill Willingham establishes that there are many methods of weaving spells.

Central also to the core of Fabletown has been the business office, hosting funds, the library and a series of magical artefacts preserved during the flight to Earth. It’s now been disconnected from the main settlement, and there appears to be no method of restoring it from isolation. It’s a plot that propels drunken flying monkey Bufkin into a leading role that will continue on and off for the next few volumes. For starters, he and his companions are trapped with the ghastly witch Baba Yaga.

Those lost artefacts are Willingham’s method of ensuring there’s no simple method of dealing with the new threat of the Dark Man, and we learn here just what the cost was of imprisoning him the last time he was loose.

Despite a leading role on a couple of occasions, Rose Red has otherwise been a peripheral character, but this collection sees the start of her ascent to the important feature player she’ll be for the remainder of the series. We’re shown her youth, and the start of her rivalry with her sister Snow White, to which another layer will be applied in volume 14 on the current schedule.

By the end of the book Rose Red has been transformed, one major threat has seemingly been removed from the board in surprising fashion, and new one has been introduced. Willingham supplies the full complement of well concealed surprises, and there is page after page of sumptuous Mark Buckingham art. It displays his impeccable characterisation and storytelling, and there’s the bonus of the Fables puppet theatre if anyone really wants to take scissors to their £20 hardcover.

Elsewhere Inaki Miranda impresses on a story spotlighting the Dark Man, Jim Fern illustrates a tale from his past, and David Lapham draws the Fables equivalent of Casey at the Bat, which takes quite the nasty turn. 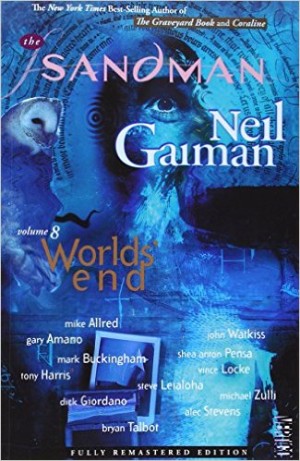 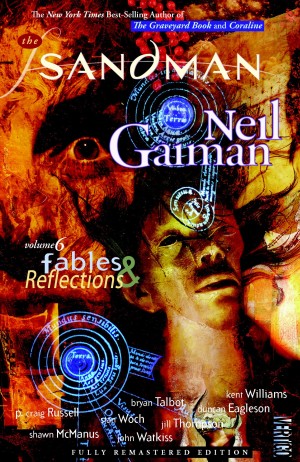 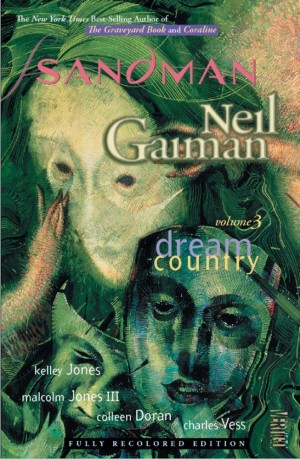