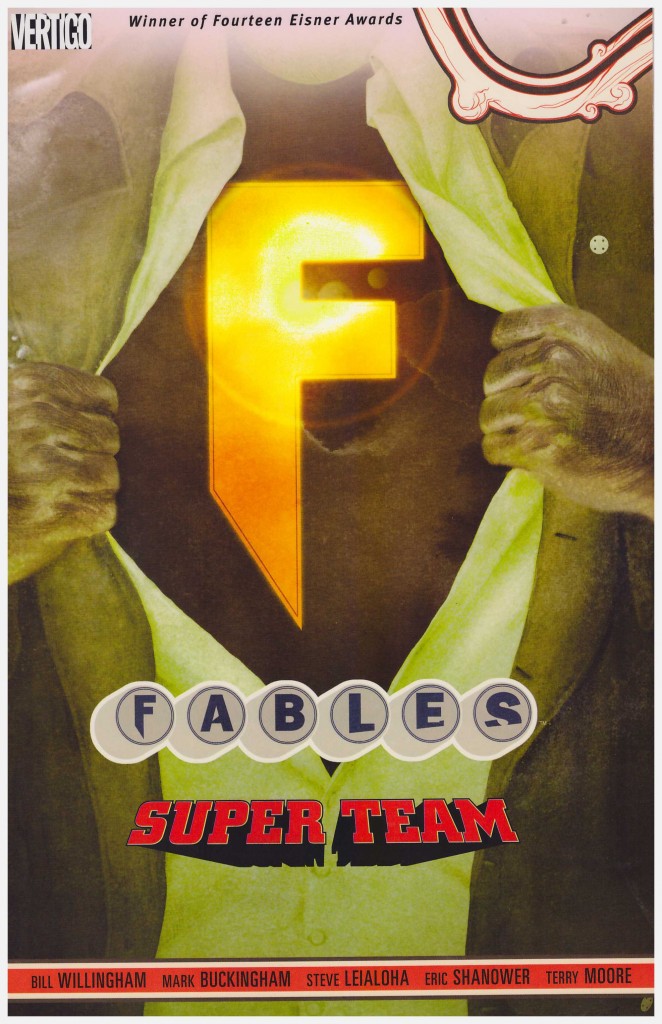 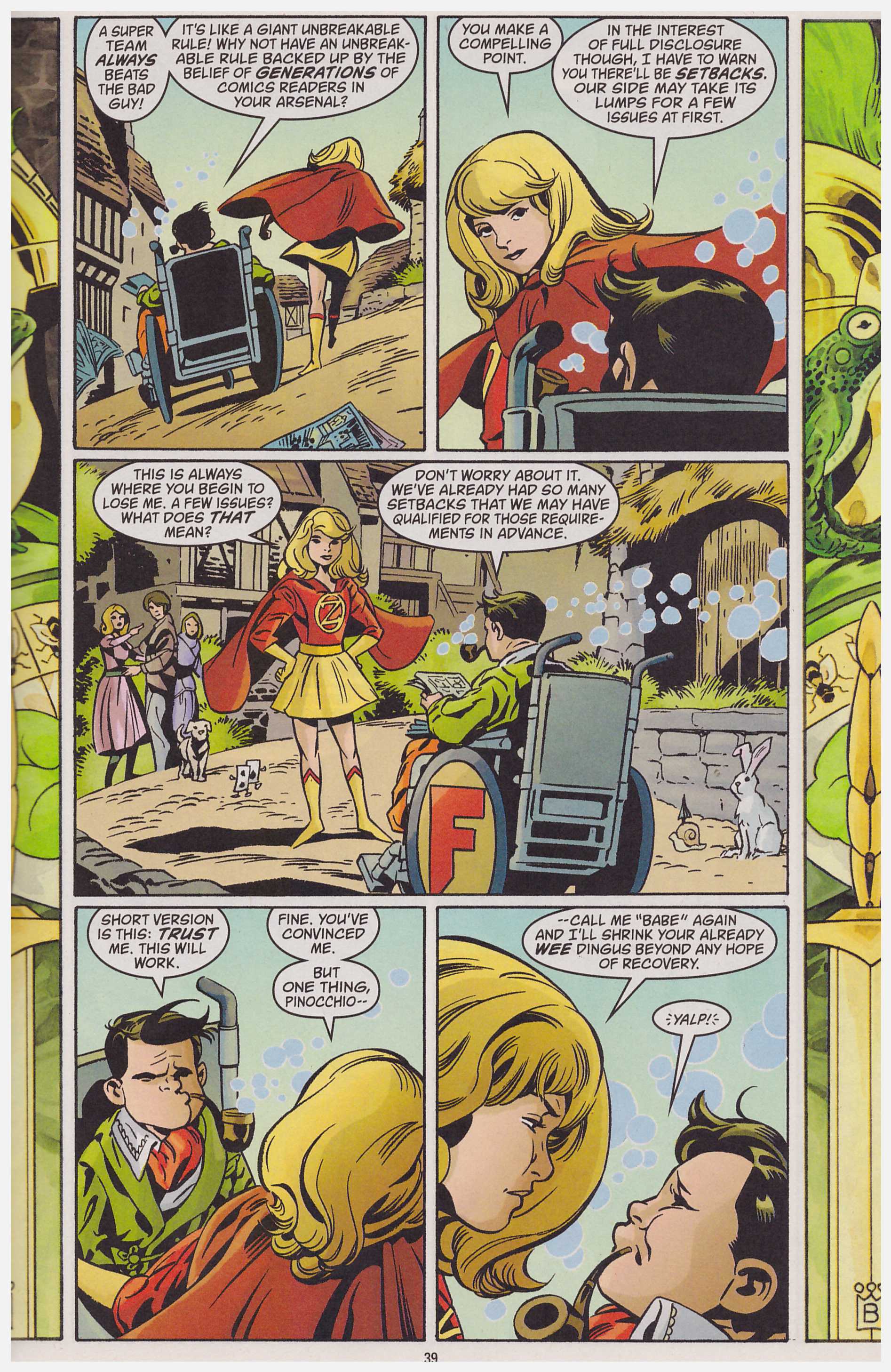 After the chilling excess of Rose Red, Super Team is a compact seven chapters. The portion featuring the Fabletown inhabitants begins six months after the end of the previous volume, leaving Bigby enough time to involve himself in the standalone graphic novel Wolves of the Heartland.

Before that there’s a look at Bufkin. With the Fables storeroom still incommunicado he decides the only way to escape is up, so starts climbing accompanied, unknowingly at first, by an infatuated Bellflower girl. He finds himself in a familiar environment in the company of someone readers may recognise from another series. It’s a charming tale featuring all too rare artwork from Eric Shanower, and plays out over the next two volumes.

Mark Buckingham illustrates the title sequence in which Pinocchio’s suggested means of dealing with a danger is given a trial run. His plan is based on the comics he Blue, and Flycatcher used to read, and involves training a selection of Fables to use their natural gifts as a superhero team. Thankfully that element is really only a minor part of the story, as it’s rather over-played from the start.

As ever in Fables, many characters are plotting, and what they’re up to isn’t always for the good of the majority. Included on the list are Nurse Spratt, Gepetto, Ozma, and the North Wind. There’s an entire chapter devoted to the North Wind and Bigby, reconciling to a degree, carrying a surprising emotional charge, and as ever Willingham surprises with the way the plot turns. He once again ends a long-running plot in unexpected fashion, and it renewed the complaints directed at War and Pieces that it was wrapped up too rapidly. No-one saw it coming, although the hints were all provided, and the story ended. Isn’t that good writing?

The book concludes with a look at the chaotic social structures enveloping the world on which Sleeping Beauty sleeps. One ambitious commander hopes to wake her by creating princes by the hundreds and having each kiss sleeping beauty hoping wake her and command her power. It’s nicely drawn by Terry Moore and utilises the conventions of fairy tales to a far greater degree than the Fables material over the last few volumes. It feeds into Fairest: Wide Awake, and the next Fables volume is Inherit the Wind.