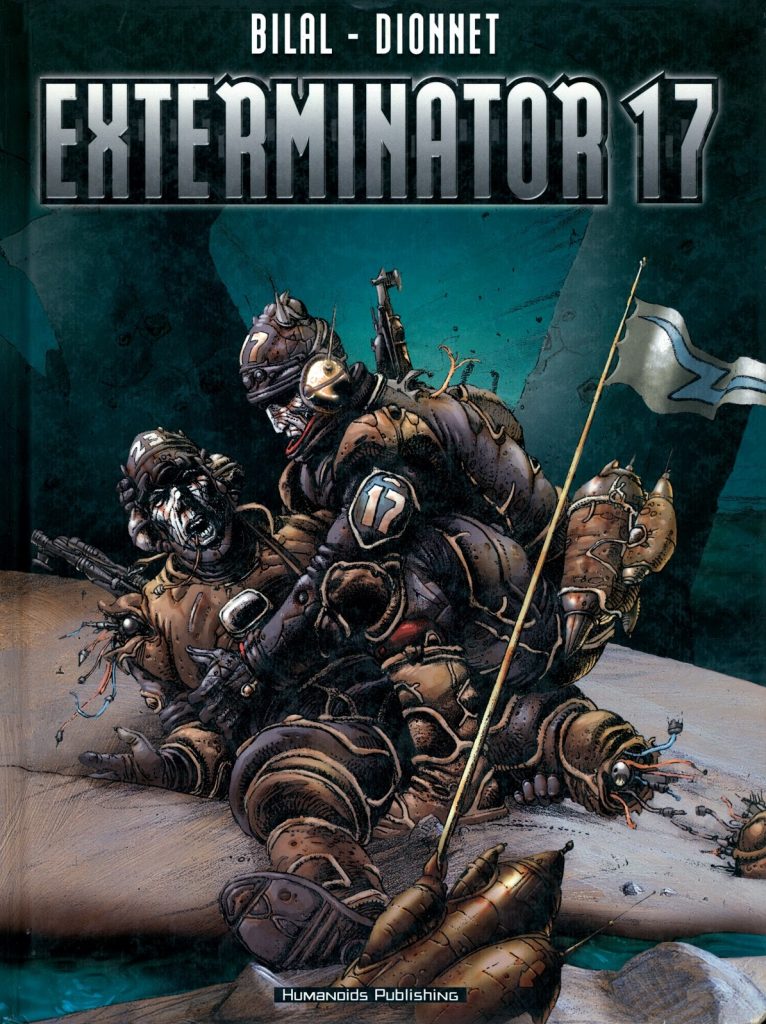 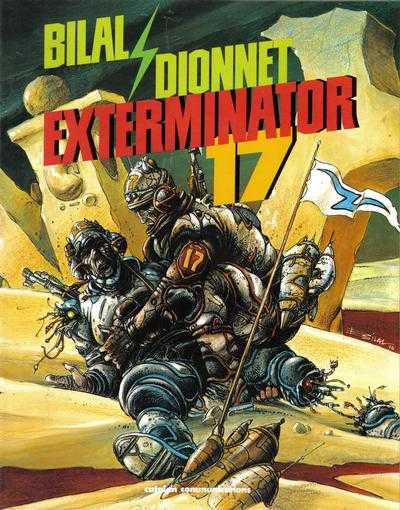 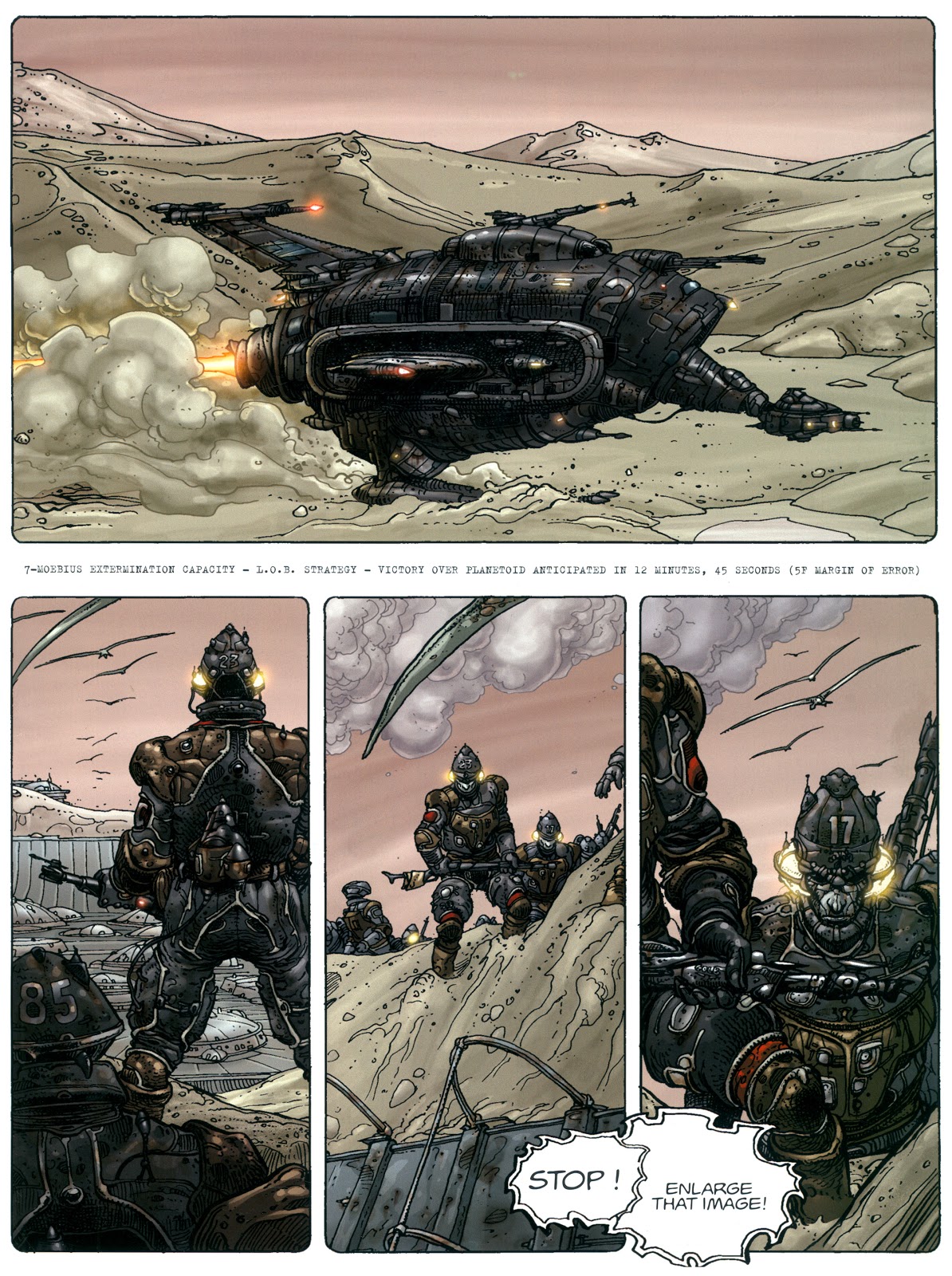 Exterminator 17 has proved surprisingly durable for a European album in English, with three translations over the years testament to its continuing inspiration. The first French edition was in 1979, and Catalan issued the first English paperback in 1986, but if you just want Enki Bilal’s artwork the 2002 Humanoids publication is far more desirable. The translation is better, and it’s a hardcover book.

In a futuristic society the Master is revered for having devised the process enabling the creation of cloned soldiers many years ago. The first model to work was Exterminator 17, and at the point of the Master’s death his consciousness apparently transfers to a deactivated clone. As the idea of clone revival is seen as dangerous, he’s marked for extinction, but after a lifetime of regret the Master now has an opportunity to put things right.

Just as Jean-Pierre Dionnet’s story was strange and compelling, Bilal’s art resembled nothing seen in English when first serialised in Heavy Metal, and remains uniquely dense and complex, while also taking some influence from the 1970s work of Moebius. Bilal creates a grubby, dispiriting future in which abstract shapes have unknown meaning, gelatinous brains power spacecraft, and hover cars are pimped up with massive cow horns. Best of all is an unconventional design for Exterminator 17 himself, not as an up to the minute technological wonder, but as a grimy, scarred specimen in a ragged uniform.

Dionnet’s ambition is praiseworthy. There’s enough action to satisfy, but at the heart of Exterminator 17 are complex ideas of what constitutes life, the power of legend, whether true or extrapolated, and devious political machination. In places the story can appear to be a religious allegory, but that’s more passing whim than absolute certainty. There’s a dreamlike quality to both Dionnet’s plot, with it’s switches of theme and location, and his dialogue, which in places is bullet rapid and in others bizarrely philosophical. “If spirit was created by God, or the original light as you prefer, and matter was created by original darkness then there is no escape but in death” is the cheery conclusion of one debate. It also feeds into taking Exterminator 17 on its own terms. This isn’t a linear transaction with everything laid out, it’s an imaginative tour de force where relevant plot elements are mentioned in passing, and moving at one hell of a pace. It’s been enormously influential, with Akira creator Katushiro Otomo just one person citing it as an inspration.

In 2003 Dionnet returned to the world of Exterminator 17, and a 2018 edition from Statix Press combines this original story with three sequels. However, a decision was taken to recolour the black and white line art for a far more washed out look, and the original outing remains the best.