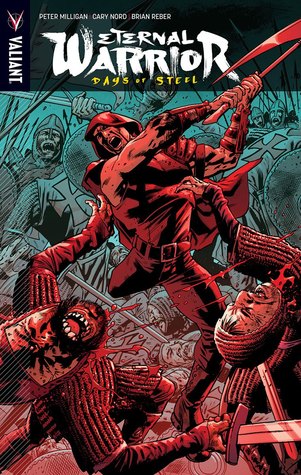 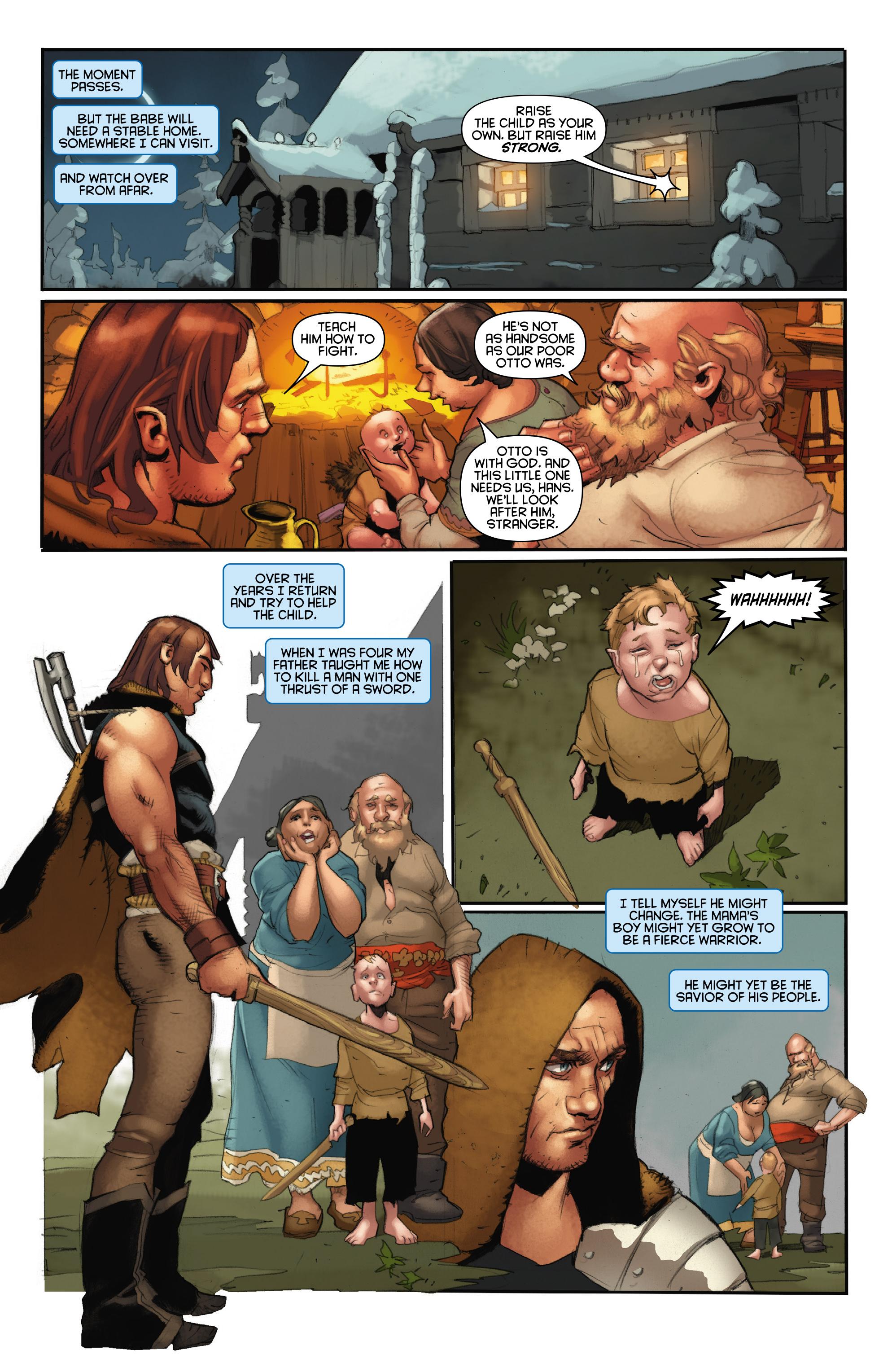 Firstly, a warning. This may not look any thinner than a standard Valiant graphic novel, but there are under seventy story pages contained between the covers. The bulk is supplied by an inordinate amount of Cary Nord’s pages being reproduced at the pencilled stage, and a fair amount of ads for other Valiant product in the back of the book. Still, it’s not quantity, but quality that’s most desirable, so how does Days of Steel stack up on that scale?

This is 68 pages of sometimes stupendous art by Cary Nord. His style has constantly evolved, and in Days of Steel he’s made a conscious effort to stretch again. Some pages look as if they’re the work of renaissance painters, featuring classical composition and exaggerated figures, while others resemble the illustrations found in mid-20th century fairy tale books. A few times there’s the look of Frank Frazetta, yet this homage and experimentation enhances, but never overwhelms the story.

By the 14th century the Eternal Warrior has already spent several hundred years intervening in the battles of men in the service of the Geomancer. He follows instructions, but his efforts appear to make little difference as there’s always another battle to be fought, another person to be saved. In fact by the time he’s asked to save the life of a child whose destiny will be important, the Eternal Warrior is on the verge of packing in the whole saving the world business. Instead he becomes embroiled in the efforts of the Frankish people to repel the persistent and powerful Magyar invaders. Peter Milligan’s script is clever. By allying himself to a cause instead of being the decisive moment in just another battle, the Eternal Warrior comes to a greater appreciation of humanity and their frailty, but there’s also a reason he’s haunted by doubt, and that becomes the story’s central question from halfway through.

This isn’t the usual hacking and slashing Eternal Warrior, as the cicrumstances require something different, and Milligan applies a dry wit to the idea of a minstrel’s importance. “That Magyar was right. I must sing a song of how they treat us. I must sing a song for our people…” For a society that largely undervalues art for any purpose other than investment, he’s made a neat point by the end.

Yes, Days of Steel has fewer pages than the average Valiant graphic novel, but those pages are put to good use by writer and artist, and no more were needed to tell the story. And yes, it’s a story worth telling, one that reads better than some highly touted projects featuring the Eternal Warrior.