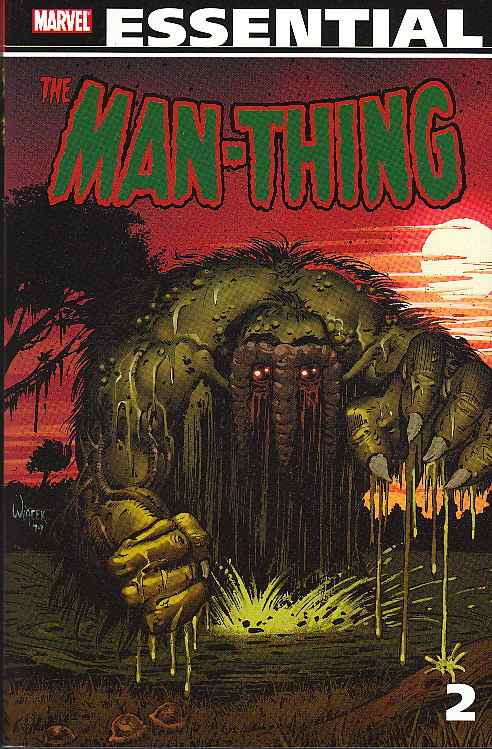 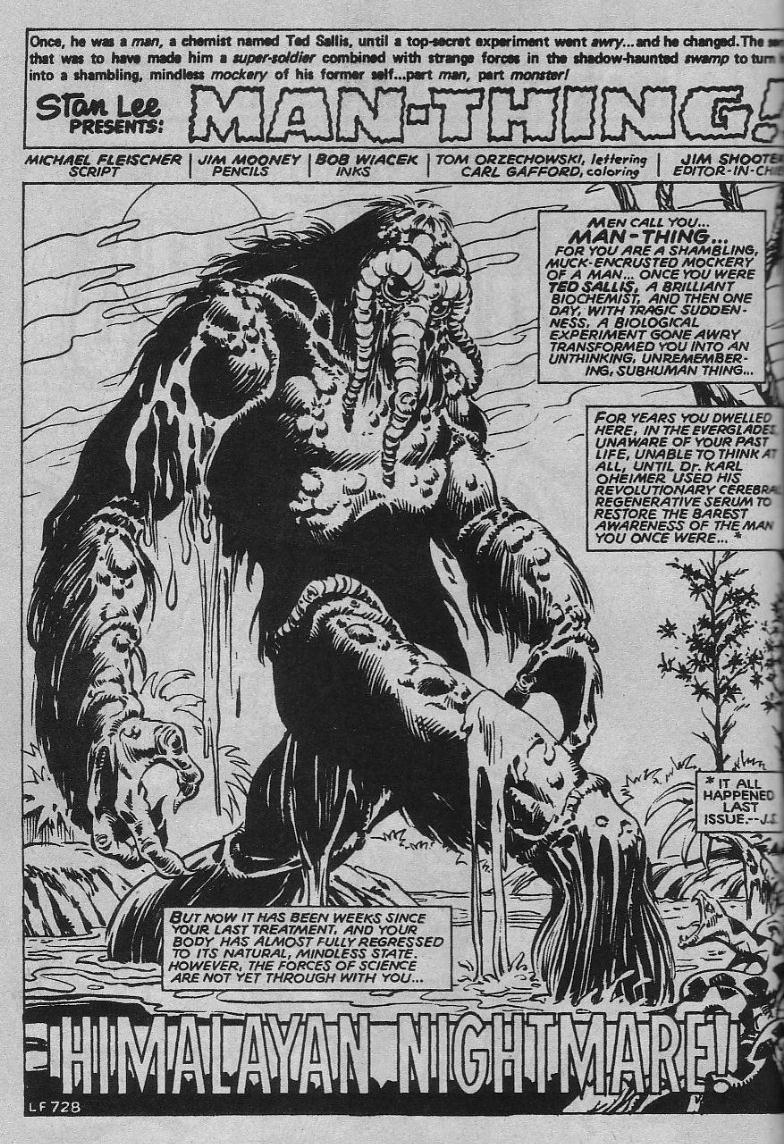 This second collection of Man-Thing’s 1970s adventures is far less essential than the first, despite including Gerber’s finest individual story for the series, as it also features  later interpretations of the swamp creature by other creators.

The Gerber masterpiece concerns an overweight high school kid bullied into suicide. We open with the hypocrisy of those grieving at his funeral, then learn of their contributions to his eventual decision. Based on true events, Gerber’s anger shines through a story experimentally including blocks of text, only faltering with the melodramatic extracts from the kid’s diary. It reads as what it’s meant to be, though.

Gerber was never greatly served with artists on the series. John Buscema is never less than professional, although the feeling is that he hasn’t a clue about what’s going on, yet the same could be said of Jim Mooney. He’s not the artist that Buscema is, yet somehow more in sync, his very ordinary depictions in effect adding an extra layer of surreality. He’s there for Gerber’s swansong, which starts off well enough with an ultra-controlling community burning books from the school library, but it descends into muddy symbolism. Gerber inserting himself in his final tale, composing his own resignation letter, is a nice conceit, although by that point the narrative has run away from him.

Between two ongoing series Man-Thing appeared in other titles, and examples are provided, although this isn’t a complete gathering. John Byrne’s rendition is very nice, although the story falls below Chris Claremont’s best.

When Marvel revived Man-Thing in 1979 they entrusted the feature to Michael Fleisher, then Claremont. Both draw heavily on Gerber’s work, adopting his template of constructing stories in which Man-Thing becomes involved rather than plotting around him, but neither are successful. Fleisher’s work is dull, and Claremont’s stories could survive without Man-Thing’s presence altogether, and his eventual appearance is often forced. Claremont’s work is further hampered by the resolutely uninspired art of Don Perlin, whose lack of imagination renders even a flying ship packed with pirates as something mundane. Claremont’s just about getting a handle on matters and displaying a more individual touch when the series was again cancelled. He echoes Gerber’s finale by inserting himself into the story, and the final pages neatly tie-up a character whose time had passed with the decade’s end.

Long out of print at the time this was published, these stories are now also available in colour as part of the vast Man-Thing Omnibus, with the Gerber stories found in the second volume of Man-Thing by Steve Gerber: The Complete Collection.