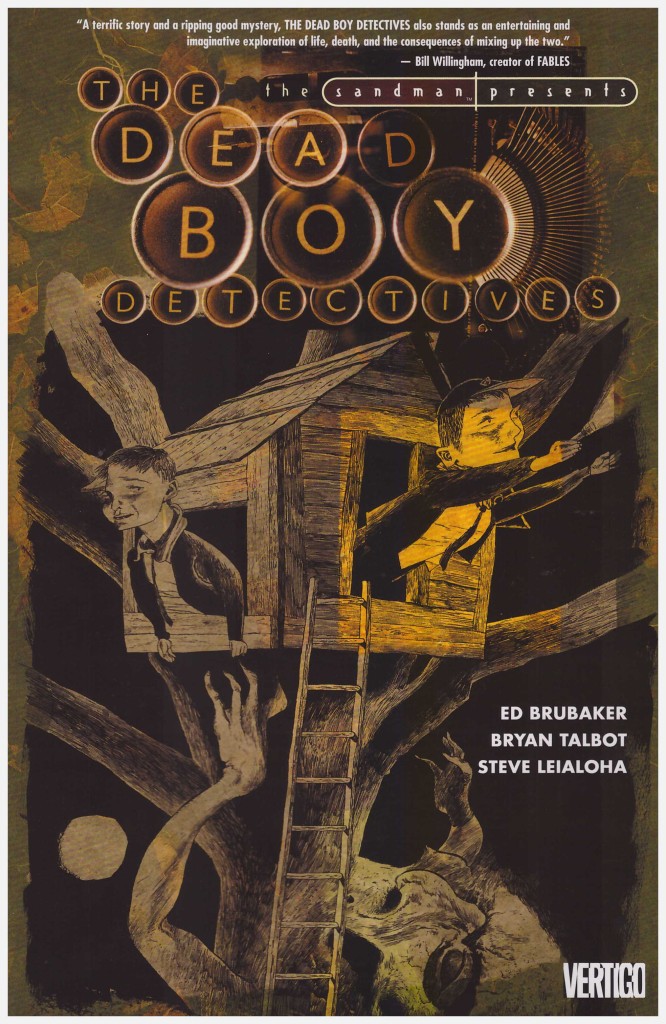 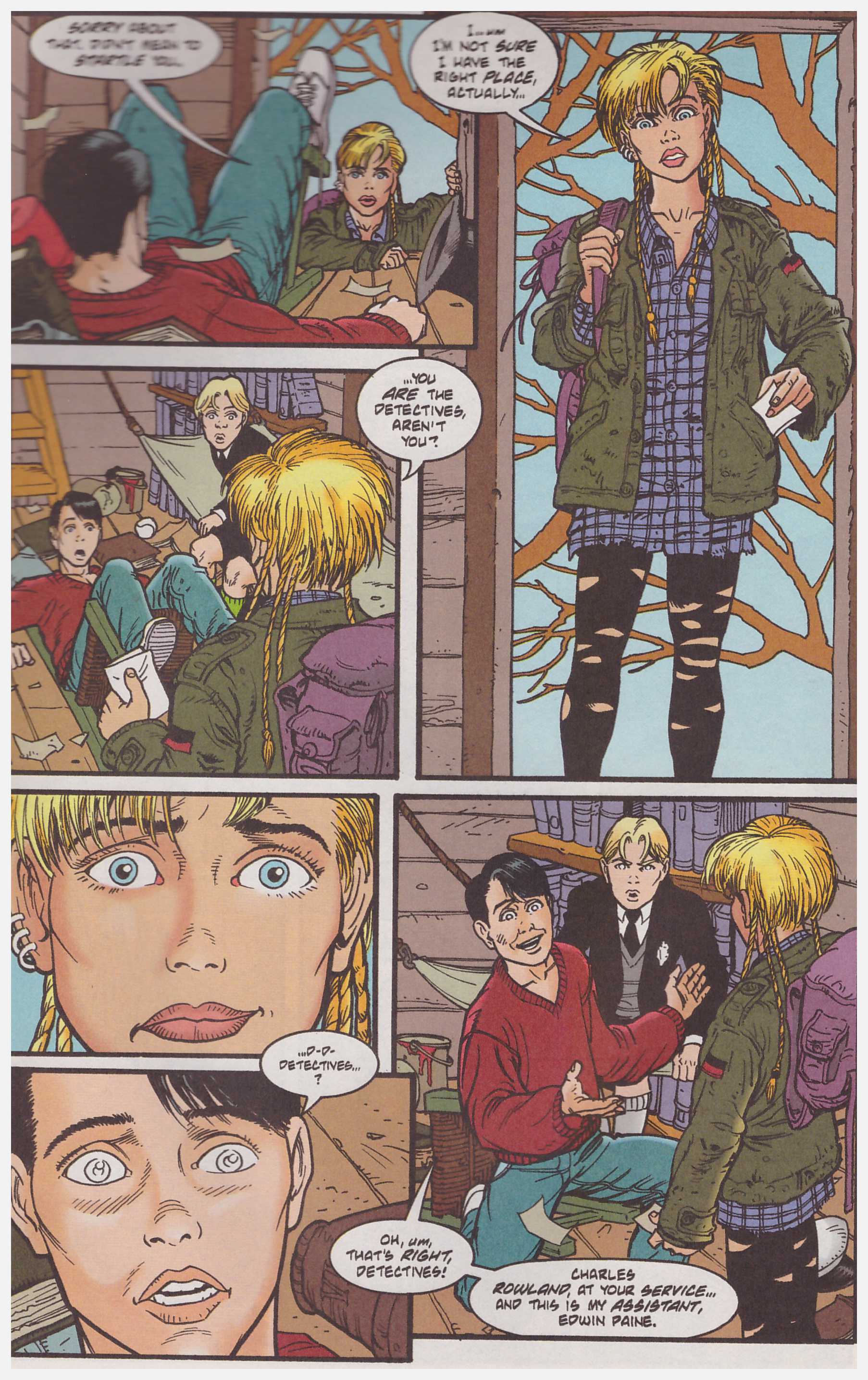 The Dead Boy Detectives are Edwin Payne (R.I.P. 1916) and Charles Rowland (R.I.P. 1990) who were both fourteen when they died. The full story can be found in the Sandman collection Season of Mists. From there they progressed to Free Country: A Tale of the Children’s Crusade, but this is their first solo outing.

Charles and Edwin have only just placed a sign outside their new treehouse headquarters when they’re approached by a young girl whose friends are disappearing, then turning up not only dead, but mummified. They blunder along helping her, and actually turn up a suspect, learning along the way that the murders are linked with a quest for immortality and may also tie in with a further quest, one for vengeance that’s been passed down the generations.

Writer Ed Brubaker populates his tale with other characters introduced by Neil Gaiman in Sandman, but in 2001 Brubaker was just making the transition from independently produced autobiographical material to mainstream comics. He’s very much learning as he goes, and this is a rambling and predictable tale, although the boys’ gullibility is well captured.

British pencil artist Bryan Talbot is there to ensure the London locations are all correctly depicted, but this isn’t his finest work. While professional, he doesn’t appear overly enthused by the story, possibly because he could have written something better himself, and the combination of his pencils and Steve Leialoha’s inks has some odd results.

The Dead Boy Detectives would next be seen in manga version by Jill Thompson before a two volume series by Toby Litt and Mark Buckingham, starting with Schoolboy Terrors.