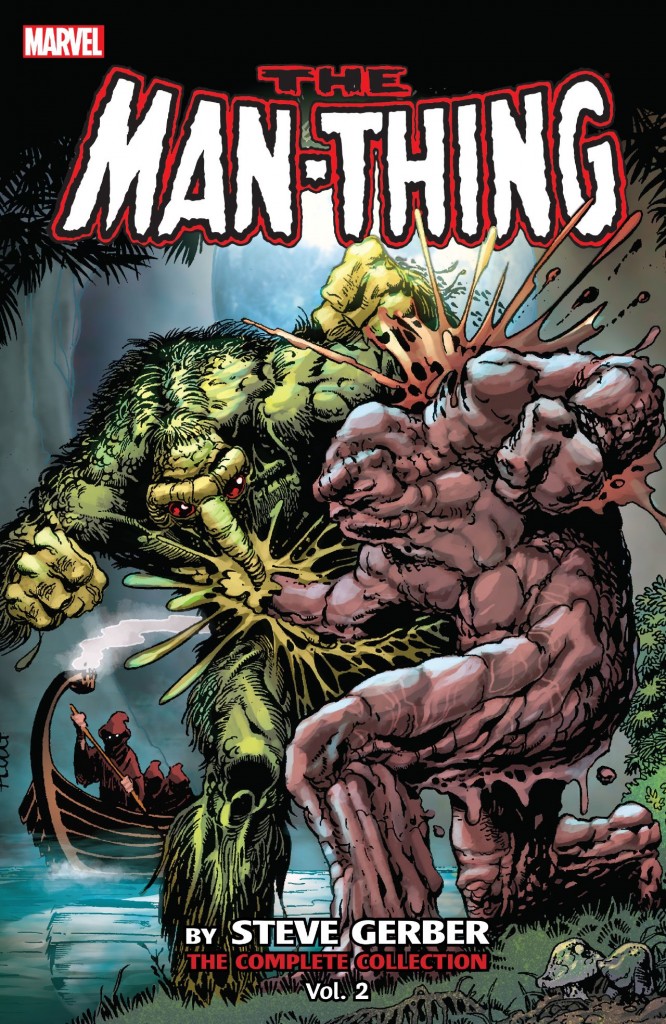 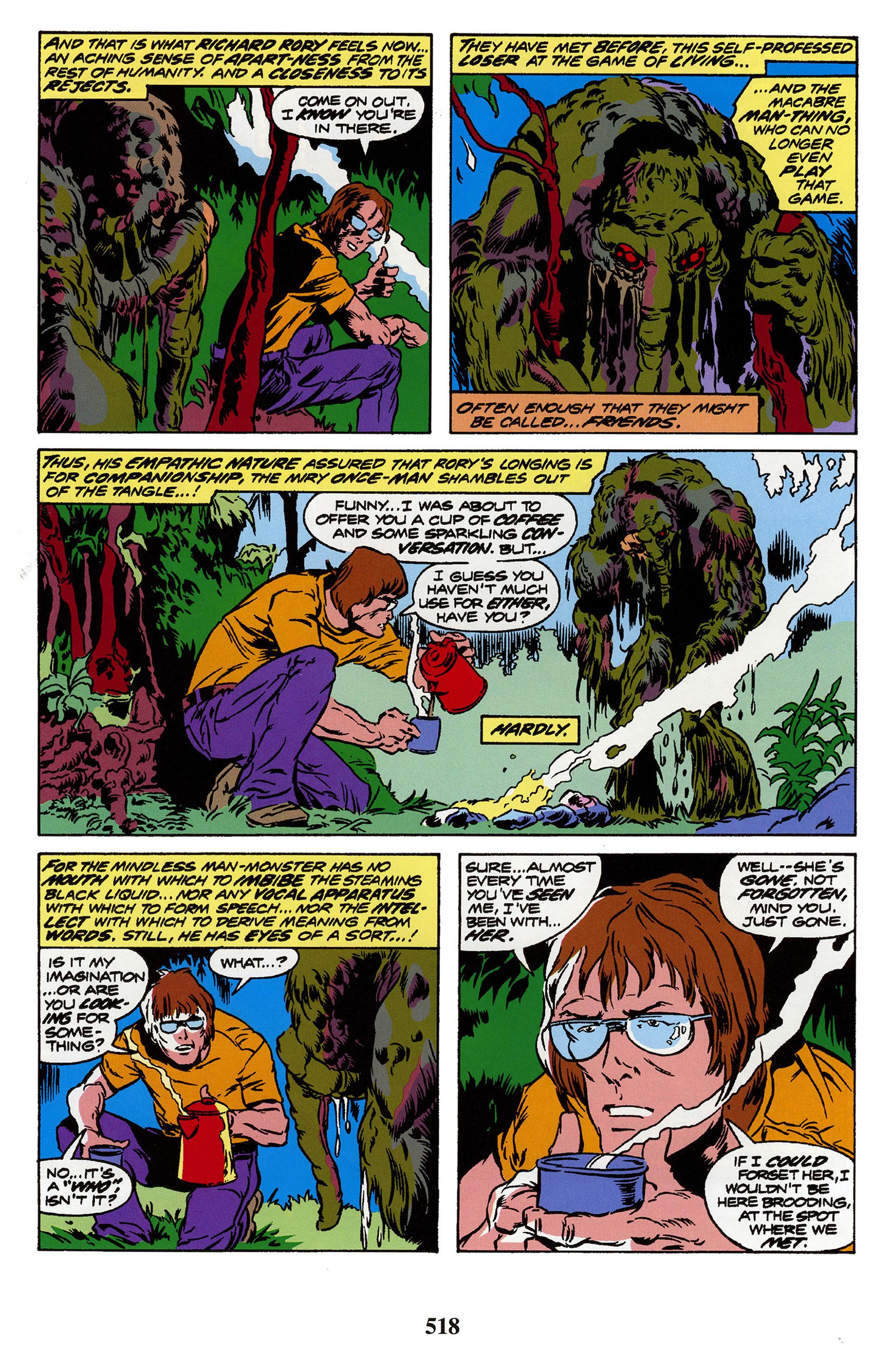 In 1974 Marvel supplemented their regular titles with quarterly giant-size issues. Welcome Giant-Size Man-Thing, and stop sniggering at the back. This is notable beyond obvious jokes because it resulted in Steve Gerber’s best Man-Thing story, which still ranks among the finest from an intelligent writer. ‘Kid’s Night Out’, depressingly, was based on a true story, is unrelentingly grim, and can hold a mirror up to our values in the 21st century.

High school student Edmond Winshed was overweight and tormented for being so. The opening events of his funeral reveal the characters of some attending, and the remainder are stripped bare in Edmond’s diary, comprising much of the story as text and illustration. Some elements are staged and melodramatic, (although what else would a teenager’s diary be?), yet this story of shame and persecution still resonates when comics have a greater sophistication, despite fairly basic art from Ron Wilson.

The variety of five Giant-Size issues gives the full wonder of Gerber. The opener is swamp monster vs swamp monster, but he wraps it up in a tale of ecology and entropy, Mike Ploog drawing a cult leader resembling then disgraced president Richard Nixon. The second, illustrated by John Buscema mixes Man-Thing into the plot of the original King Kong movie, and the third returns Man-Thing to the sword and sorcery seen in the first volume, now drawn by Alfredo Alcala. He evokes biblical horrors in a story Game of Thrones fans will surely love. The fifth is an old-fashioned horror anthology.

Ploog (sample page) is one of three artists most featured, his shambling Man-Thing and supporting cast ever more stooped and stylised. He even contributes a plot about a dog bearing the brunt of a woman’s resentment. John Buscema delivers his usual polished work without showing much enthusiasm, and then there’s Jim Mooney. He’s not attuned to Gerber, but a solid old school professional, and the tug of war between creative forces actually adds to the strangeness.

As the series continued Gerber became more confident, still primarily dealing in character-based horror stories, but with more imaginative fantasy elements. He’s at his best when the stories are personal. DJ Richard Rory is his conscience and sad sack stand-in, but ‘Song-Cry of the Living Dead Man’ introduces a more direct avatar, a writer who’s lost all ability to appreciate the beauty of art due to being assailed on all sides for money. There’s an almost Ditkoesque purge of resentment as Gerber rails at the pressures shackling creativity. He then tackles book burning, a group bypassing the media for direct contact with people very contemporary, before his grand finale.

It doesn’t always sparkle. Taken en masse, an awful lot of terrified young women splash through the Everglades, and Gerber forgets to explain other anomalous presences by his neat solution of the location being a nexus of all realities. Some tales drag on too long, lacking focus, although never emotional resonance. The final four chapters dealing with the Scavenger, are an example, although Gerber pulls that back from the brink with a nutty finale dictating his own resignation letter to the comic’s editor.

Those preferring comics neatly tied will have problems with Gerber. He rarely began a story knowing how he’d finish it, while substance ingestion was involved, and that combination keeps the writing fresh and capable of veering off into left field, and into the wilderness. Tag along for the journey and there’s the occasional disappointment, but most of the time you’re welcomed into the fertile mind of an exceptional creator. Howard the Duck achieved greater acclaim, but Gerber’s Man-Thing is more heartfelt.