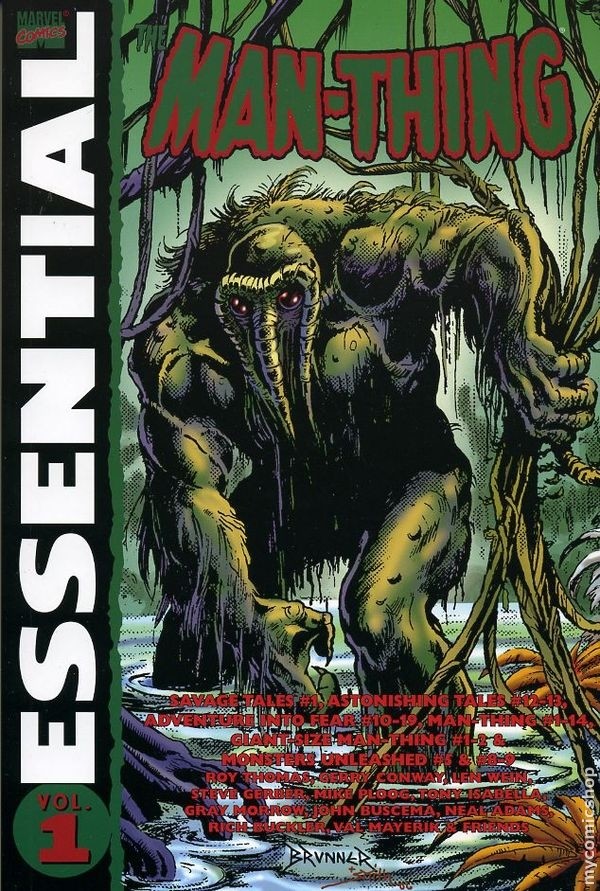 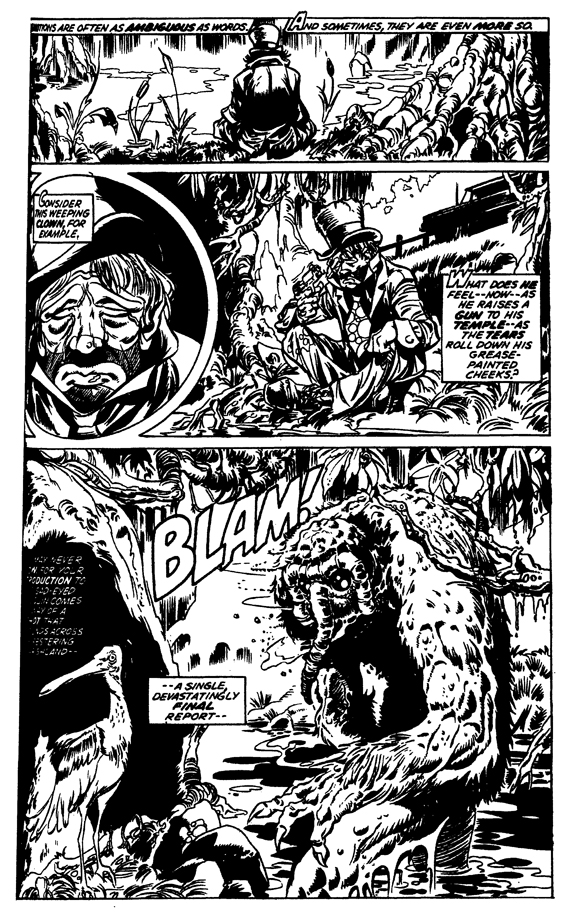 Man-Thing was another in the parade of 1970s Marvel oddities, yet a concept during that era able to sustain an ongoing title for several years. In a tidy origin story beautifully illustrated by Gray Morrow, scientist Ted Sallis is transformed by accidental immersion in his experimental formula and the fetid swamp waters of the remote Everglades location where he’s been working. His new form is a near mindless shambling heap of life who acts on instinct and whose presence is drawn by strong emotion, which causes the Man-Thing pain. Additionally, for narrative convenience, anyone fearful in the Man-Thing’s presence will burn at its touch.

Having conceived an original package, the limitations immediately became apparent as assorted creators grappled with the subtle motivations and responses required to make Man-Thing viable. He’s reactive, so requires something to react to. Several ordinary stories result before Steve Gerber inherited the character. Possibly the most original mind ever to work at Marvel, Gerber constructed his plots around others and their problems, yet, crucially, still managed to involve Man-Thing organically. A real step forward was establishing the Everglades as a nexus of all realities, enabling Gerber to vary his material via intrusions from fantasy worlds or elsewhere, thus inordinately broadening the types of story he was able to tell.

Gerber was well ahead of his time as far as ecological matters were concerned, and these recur, but with a developer named F.A. Schist, subtlety wasn’t always on the agenda. Neither was he the best when it came to sword and sorcery material, although a stroke of maverick inspiration led to the introduction of Howard the Duck, the character with whom his brand of social commentary became most associated.

As Gerber continued he injected far greater amounts of personal commentary, with DJ Richard Rory his stand-in social conscience, and this sealed the better aspects of his run. The sample page comes from a brilliant tale of a circus clown revisiting his failures (a Gerber theme) as he commits suicide. No, it’s not a barrel of laughs, but exceptional. It helps that this was drawn by Mike Ploog. Of all the artists Gerber worked with, Ploog was best suited to the gloopy swamp environment and equal to whatever madness Gerber threw his way. He errs more toward cartooning, so time may have even improved his appreciation. Elsewhere John Buscema is never less than professional, and the other main artist Val Mayerik commits far more effort to his splash pages, which are great, than to the remainder, although he’s not always best served by those chosen to ink his pencils.

Other notable stories include a wild pastiche of Superman’s origin, the appearance of the Foolkiller, given a logical basis beyond the obvious wish-fulfillment of a frustrated creator, and a cry from the heart. ‘Song-Cry of the Living Dead Man’ is a more personal diatribe than others Gerber wrote, concerning the stifling of creativity. It later spawned a disappointing sequel. Not everything works, but the sheer ambition of what Gerber was attempting still stands up well. Here was a writer who believed comics could be more than Spider-Man battering Doctor Octopus for the hundredth time, and Man-Thing was his manifesto.

Long out of print at the time this was published, these stories are now also available in colour as part of the vast Man-Thing Omnibus, or spread over two volumes of Man-Thing by Steve Gerber: The Complete Collection. 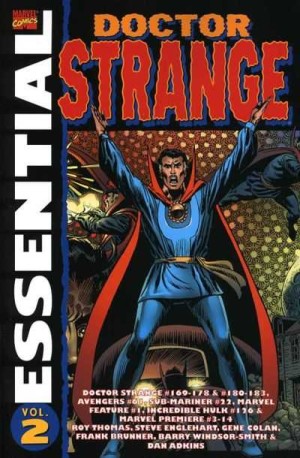