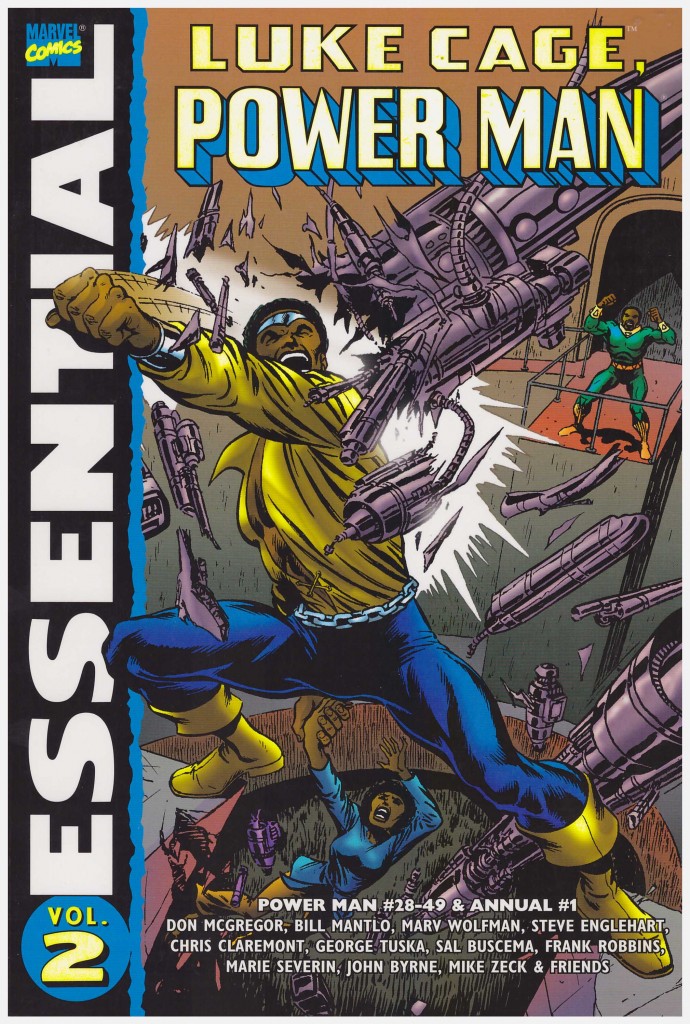 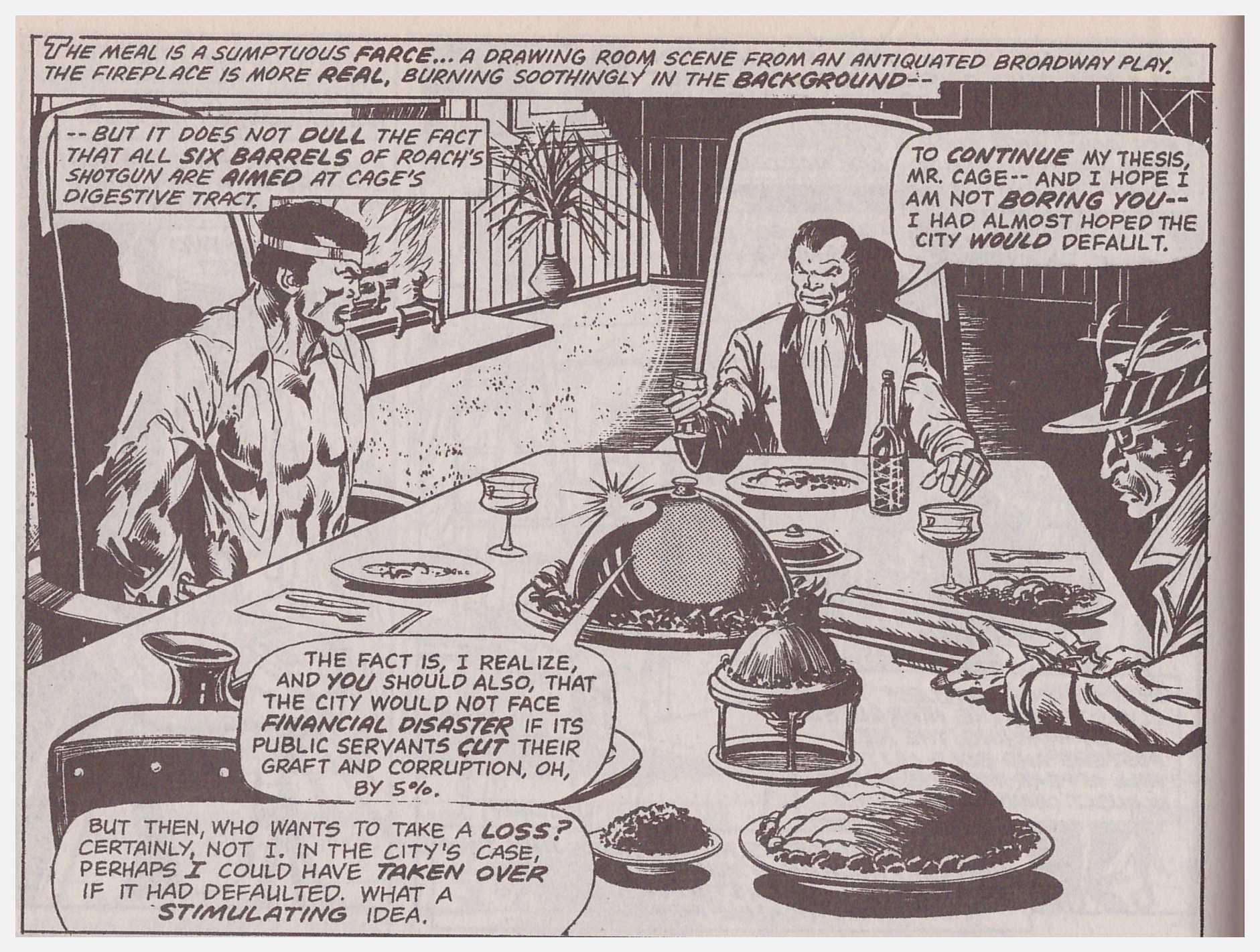 Marvel’s first black hero in a regular title had a solid foundation as a framed ex-con, nevertheless with a petty crime background, who took the opportunity to walk the straight and narrow when an experiment provided him with near invulnerability and super strength. Luke Cage was tough, quick witted and likeable, with a strong moral compass set to fight injustice, often in the community.

The problem for most of his early days was that instead of prioritising this strong urban background he was thrown up against a succession of super-villains.

A writer who recognised this was Don McGregor, whose material opens this volume. He creates his stories around Cage’s personality and environment, and manipulates circumstance to ensure wading in with fists flying isn’t going to solve the problem. In terms of heavy hitters, Piranha Jones (Gangster overlord with filed steel teeth) and Cockroach Hamilton (seedy with a six-barrelled shotgun) don’t make the grade, but their impact on Cage’s section of Harlem poses a threat so they work in context. McGregor also introduces Quentin Chase, a police detective aware of Cage’s worth, and a quirky new arch-foe in the vending machine. Over-written it may be, but there’s a greater spirit to McGregor’s contribution than any since the earliest issues. He highlights urban poverty, racism, corporate accountability and drug use without making these issue-based stories.

The art is problematical throughout. George Tuska does just enough to turn the pages out, but has little feeling for the environment. Frank Robbins and Lee Elias had careers stretching back thirty years by the time they worked on Power Man, and while they’re both capable, their styles are rooted in the 1940s Noel Sickles and Milton Caniff school of graphic dynamism and it doesn’t work on Cage.

Marv Wolfman writes almost half the book, and while there’s a charm to some of his material, he reverts Cage to a standard superhero. Wolfman is responsible, though, for the creation of one appealing villain never seen since, the mysterious jive and teleporting Cheshire Cat, a sort of proto Flavor-Flav.

The less said about Bill Mantlo’s deadline fill-in and Mr. Fish the better, and it’s stories by Chris Claremont that close the book. His initial effort sending Power Man to Japan is over-extended and preposterous in places, but the unlikely idea of shifting over cast and artist of his then recently cancelled Iron Fist series gelled. John Byrne provides the best art seen on the series, and while they might seem mis-matched, Claremont ensures the street brawling of Cage and the refined kung-fu of Iron Fist work together. The closing chapters are a still exciting tale re-visiting elements of Cage’s origin and re-defining who he is. The continuity can be followed into Essential Power Man and Iron Fist volume one.