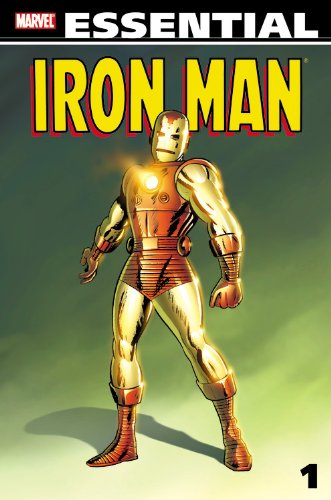 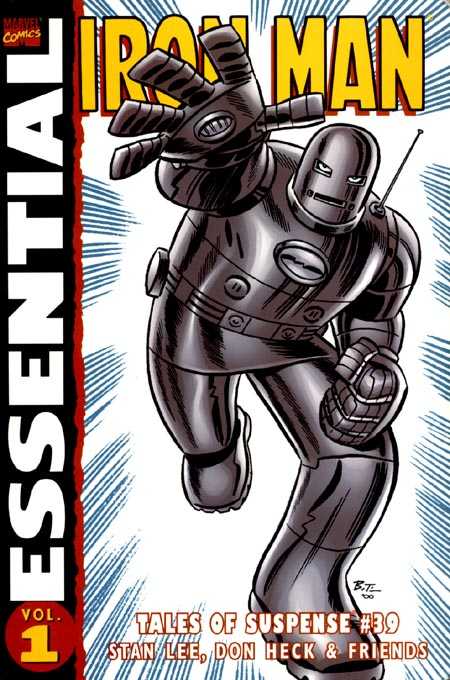 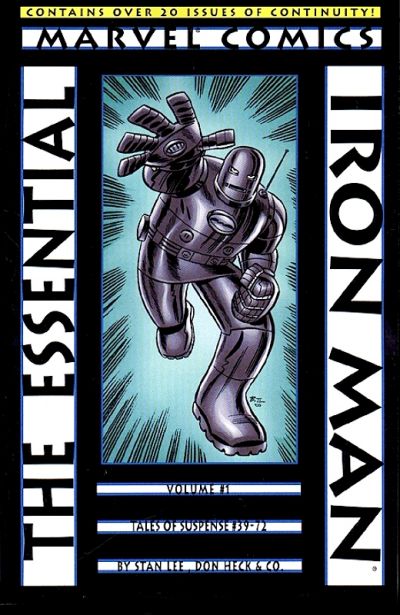 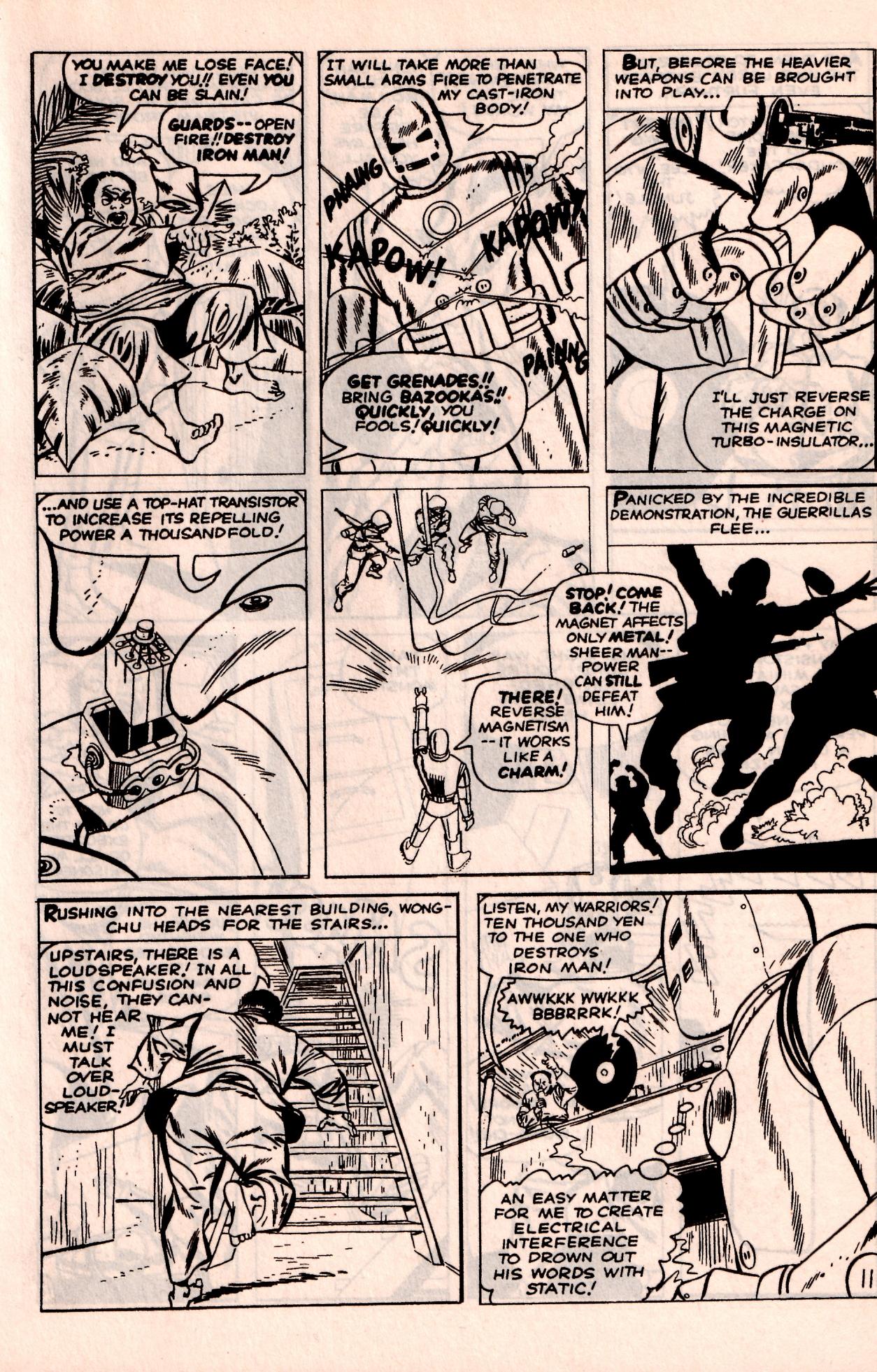 Of all Marvel’s early 1960s series there’s not one that’s aged as badly as Iron Man. As was the case for all the other characters Stan Lee introduced, there was an initial period of thrashing around before he found a hook. In some titles this came rapidly and easily, Spider-Man for instance, and the X-Men, but it took a while longer before Iron Man found his happy medium.

The problem is Iron Man, not his alter ego millionaire playboy industrialist Tony Stark, who’s convincing from the beginning, although in a manner rooted in the era, patronising and occasionally arrogant. Through contemporary eyes, however, Iron Man is barely credible to begin with. Steve Ditko redesigned the armour from the lumbering creation supplied by Jack Kirby, resembling nothing so much as a mobile metallic sarcophagus, into something then more modern, yet the list of foes giving him problems is beyond belief. We have a circus acrobat and his trained ravens, a disgruntled company employee in a home made costume, a giant caveman with a big club, and a man in a pointy hat who makes voodoo dolls. Many were more at home in the pages of the mystery and suspense stories that Iron Man supplanted.

The earliest strips are not helped by the lack of a supporting cast, Lee farming out the scripting to lesser talents, and the absence of a consistent artist. The earliest tales switch between Jack Kirby, Ditko and Heck, who eventually became the regular penciller. He was never comfortable illustrating superhero action, but capable of gracefully naturalistic social scenes with the cast out of costume.

Around the midway point of what’s reprinted here, somewhere in 1964, Lee made the commitment to script his plots as well, and located a direction for the feature. As the embodiment of capitalistic endeavour, it was a natural observation in the 1960s that Tony Stark’s enemies would embody an opposing worldview. When he wasn’t fighting the Mandarin and his ten rings, each with a different power, Iron Man’s bread and butter was combating the forces of assorted communist regimes. This did have the benefit of introducing first the Black Widow, then her smitten American catspaw Hawkeye, both of whom are repeatedly featured, but there’s definite diminishing returns, and for the final section communism is restricted to a three chapter epic battle with the Titanium Man.

As an example of Iron Man and Lee and Heck, that story is the apogee, with the superheroics and soap opera merging for maximum drama, but Heck never really comes to terms with making an armoured superhero appear state of the art.

If you’d prefer the content in a more durable hardcover in colour on gloss stock, you have the choice of looking out Marvel Masterworks: Iron Man volumes one, two and three, or the Invincible Iron Man Omnibus.