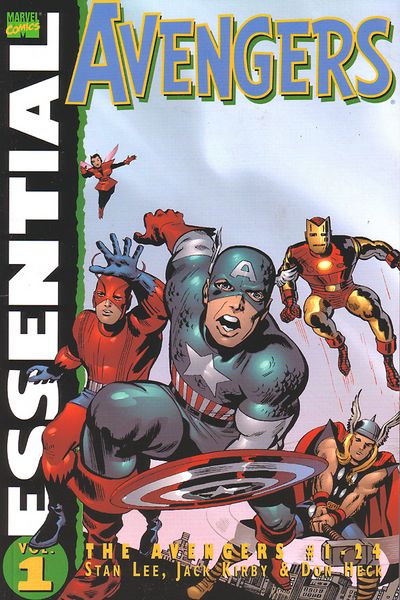 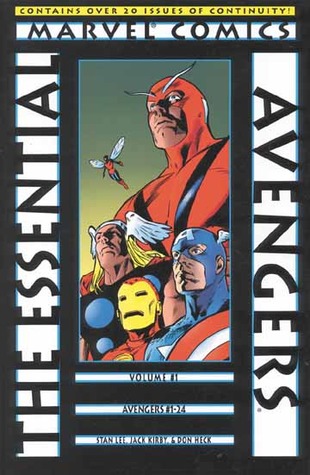 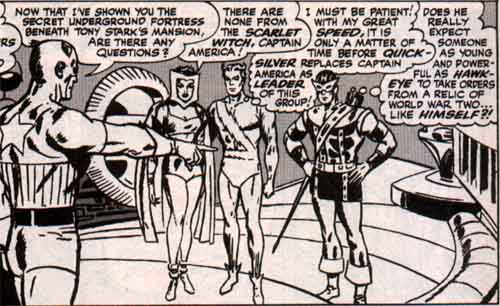 Even the greatest superhero team has to start somewhere, and these stories cover the first three years of The Avengers, from 1963 to 1966. The material can also be found in colour in Marvel Masterworks: The Avengers, volumes one to three, the last of which overlaps with Essential Avengers Volume 2.

The material covered falls broadly into two sections. In the first, Avengers remains largely true to its original concept as a teaming of Marvel’s solo stars, Iron Man, Thor, Ant-Man and the Wasp, with a brief appearance from the Hulk before he is replaced by Captain America. This is the original Stan Lee/Jack Kirby Avengers, and includes one story, the return of Captain America, voted among the top ten Marvel comics ever. In the second part of this collection, by which time Kirby had handed the art duties over to Don Heck, all remaining original Avengers depart, leaving Cap to lead a new team consisting of Hawkeye, Quicksilver and the Scarlet Witch. The issue where this happened is also considered an Avengers landmark, and is the first story in the Platinum Collection.

To be honest, a cheap black-and-white collection is probably the best way to experience these comics. They aren’t terribly good, and Avengers definitely feels like the least of the early Marvel titles. This is particularly the case for the first year or so, when the team was a superhero supergroup. The stories are dull, and the interaction between the characters lacks any edge. Even the return of Captain America is more significant for what it meant to the Marvel Universe, both then and later, than for any intrinsic quality. Clearly the title seized imaginations at the time – Avengers sold well enough to be promoted from bi-monthly to monthly after six issues – but these stories hold little in the way of delights for modern readers.

Things improve once the line-up changes. No longer a comic of superheroes whose own stories were happening in other titles, actual character development and worthwhile interaction could take place in the pages of Avengers. These stories also see Captain America moving into the dominant role within the team, a position held to this day.

An argument could be made that black-and-white is the best way to appreciate Don Heck’s artwork. Kirby’s art absorbs colour well, and perhaps lacks dynamism when the colour is removed, yet colour can sometimes draw attention away from Heck’s subtle use of light and dark. This is particularly the case with some issues towards the end of this run, where Heck is inked by Wally Wood and John Romita Sr. This is not Heck at his very best on Avengers – that’s to come in Volume 2 – but some of the art here is still pretty good.

On the whole though, Essential Avengers volume one is truly essential only if you have tendencies towards Avengers completism. Those wanting to know what made Avengers great can skip on to Volume 2.