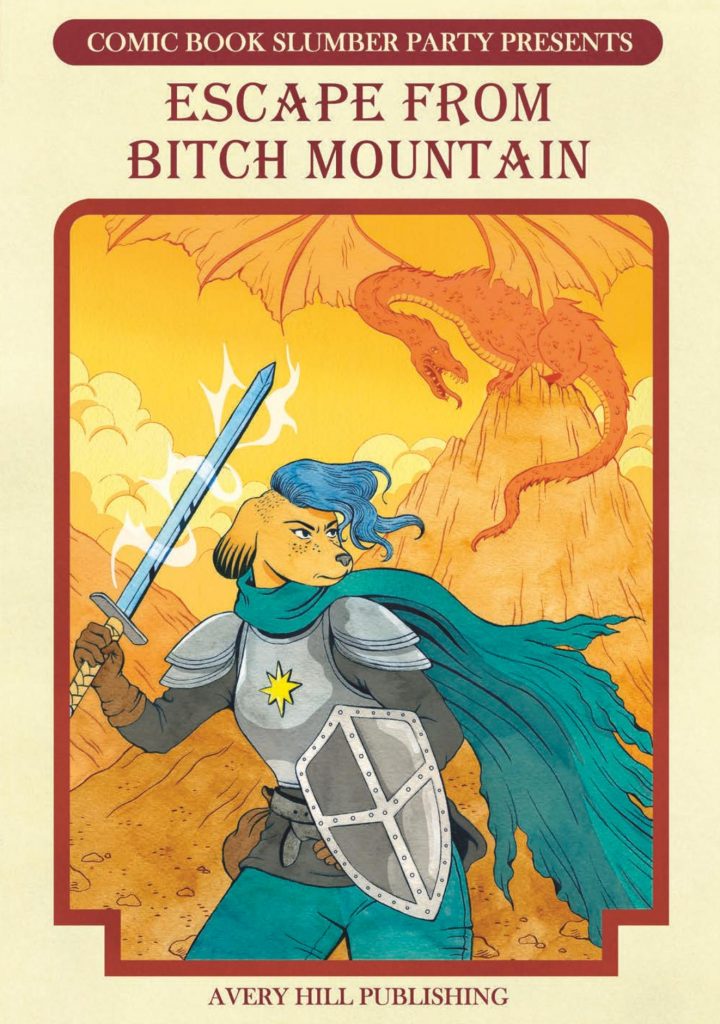 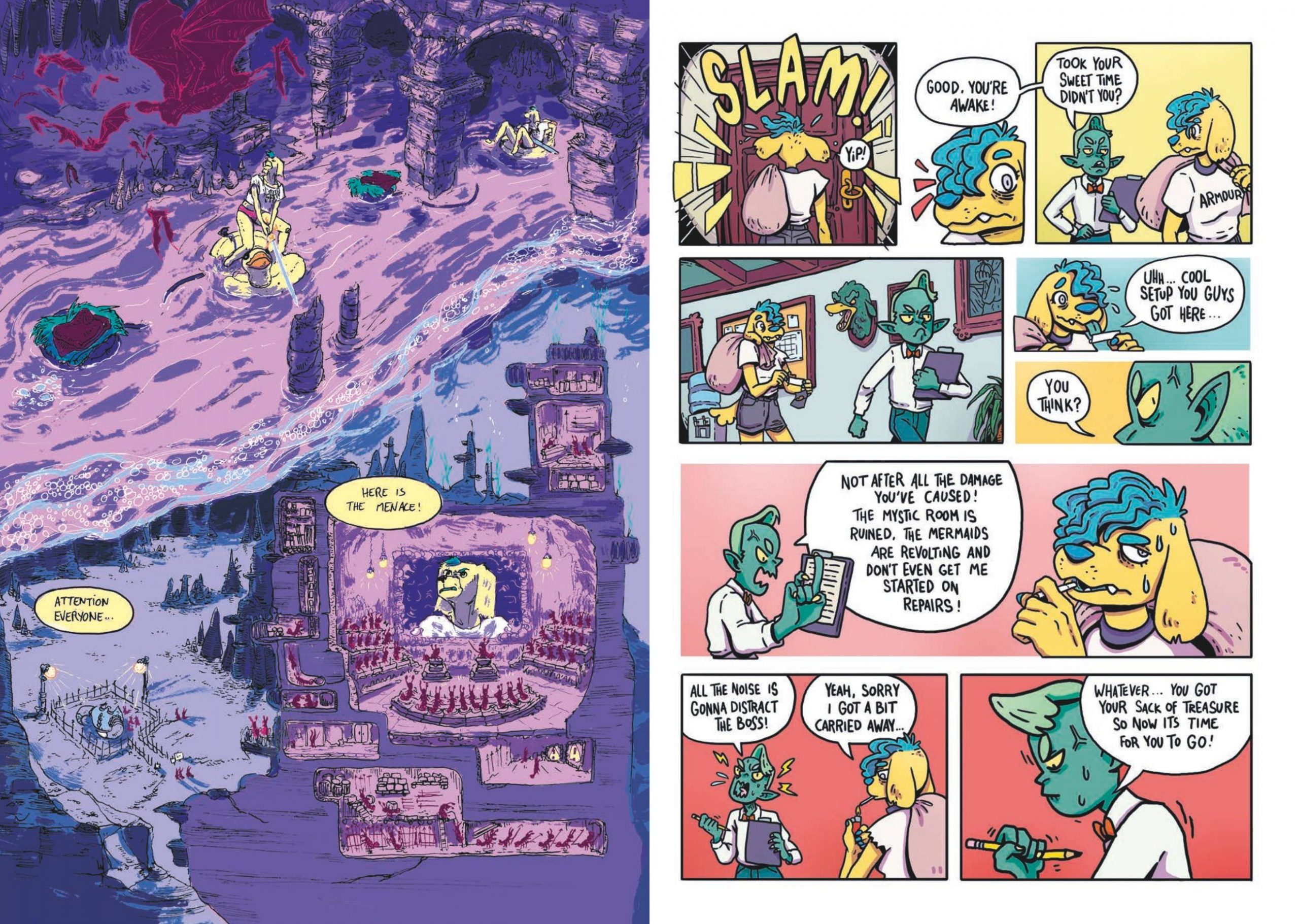 Escape From Bitch Mountain is the second Comic Book Slumber Party anthology from Avery Hill actively promoting non-male new talent, the title parodying 1970s Disney film Escape to Witch Mountain, although that particular comparison is carried no further. The previous collection, Deep Space Canine, gave the action a science fiction twist, while this time around it’s role-playing games and their conventions satirised. Top dog Greasy runs through her slowly recovering memories of the night before, spent roaming a dungeon populated by an especially mediocre set of monsters, each easily bypassed.

Several aspects of Escape From Bitch Mountain match the checklist of desirability when it comes to graphic novels. You want the creators to enjoy what they’re producing, because jaundiced creators don’t produce good comics, and here the enthusiasm shines through. Something also needs to be done to close the massive gulf between male comic creators and anyone else, and about venues into the industry for newcomers, and this anthology scores on both counts. However, for all the goodwill that generates, the generous £10 cover price is in effect a form or patronage for being inclusive and encouraging. Enthusiasm and whimsy are high, but in some cases the contributors are unlikely to progress beyond amateur level, and it would have helped others to have received some guidance in how to construct a story. Pacing and layouts could do with attention, and most creators elect for extremely vivid colouring, which isn’t always easy on the eye.

Two sections stand out, represented by the sample art. Léa Vera Toro’s cartooning is imaginative, astonishingly detailed and characterised by an appealing fine line, while Korinna Verapoulou’s art on the morning after sequence separating the chapters isn’t far removed from the style of Sherri Paroline and Braden Lamb on Adventure Time. She co-plots with Hannah K. Chapman, and it’s in these sections that the story flows smoothest and the jokes are best. Bawbark is also noteworthy, their cartooning very similar to French artist Anne Simon.

Everything about Escape From Bitch Mountain is praiseworthy apart from much of the content, which is largely disappointing.