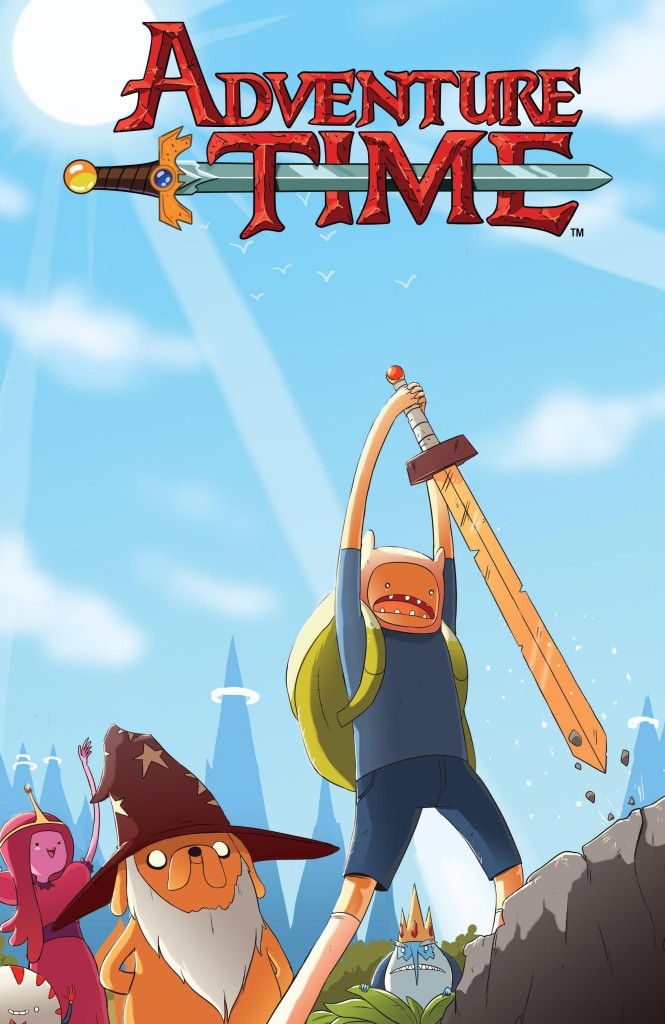 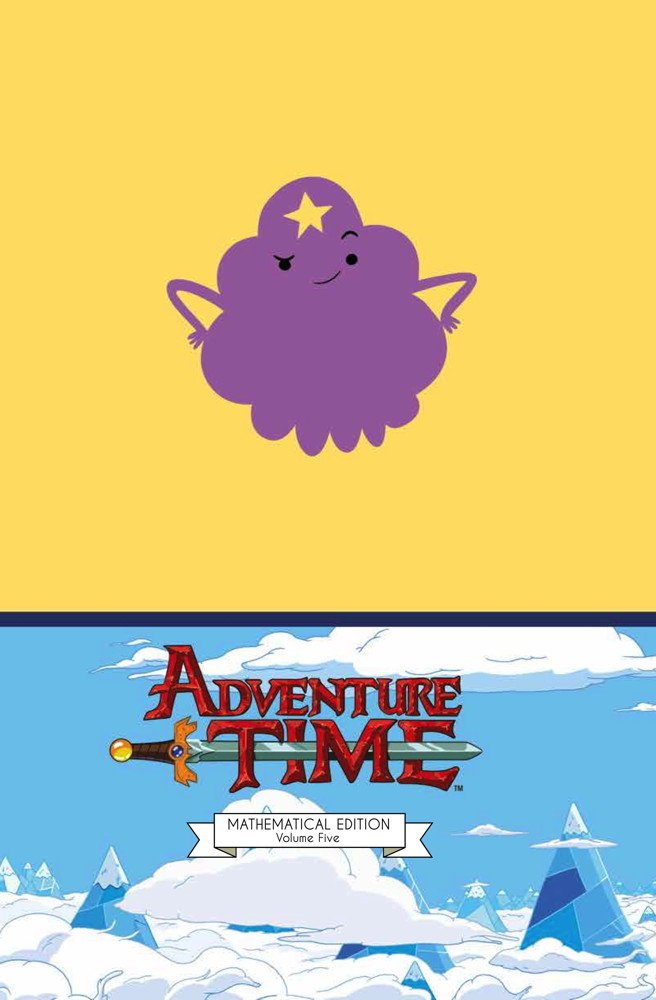 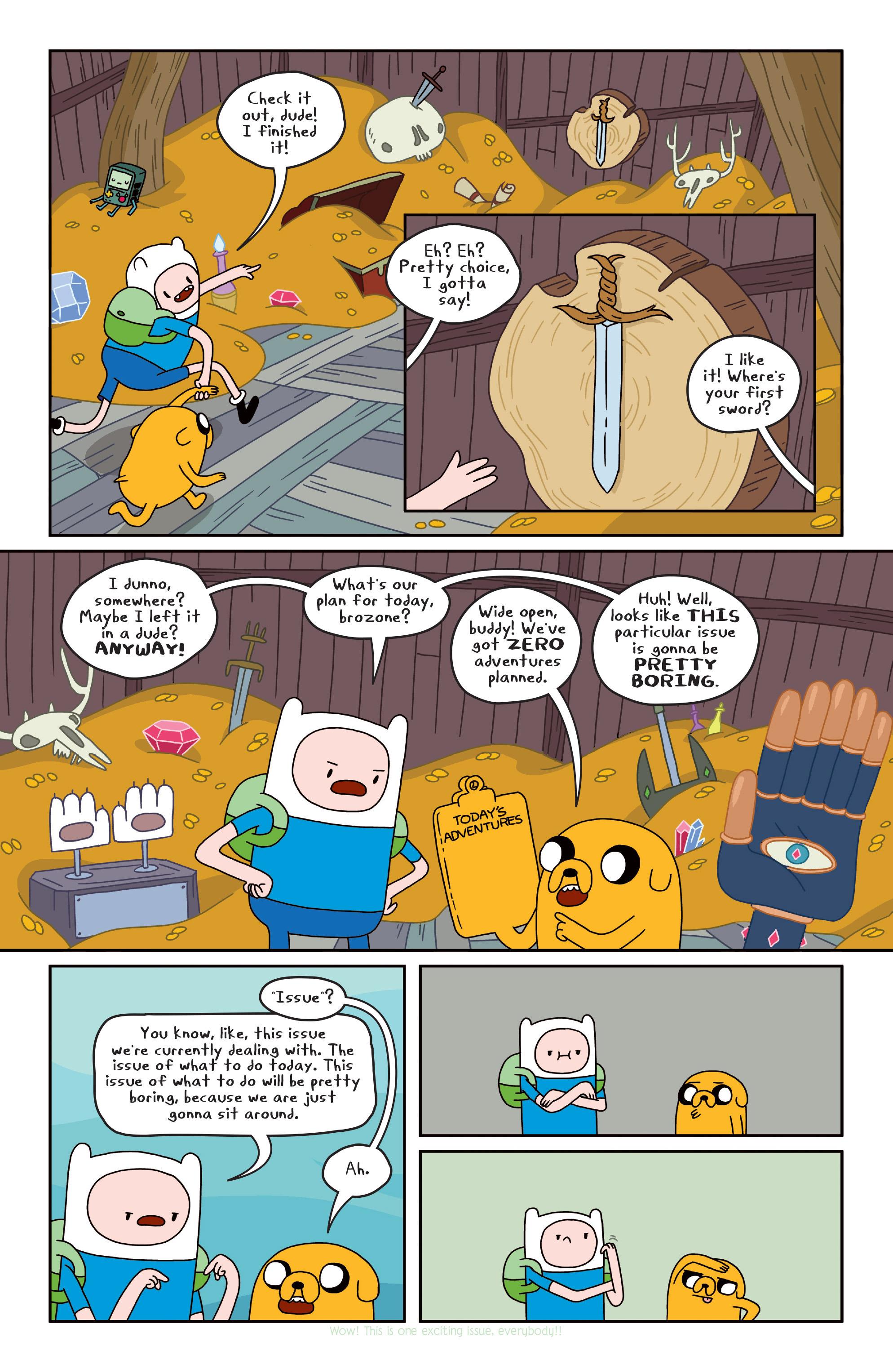 Throughout the series to date Ryan North has experimented with storytelling styles, and we open with another of those playful variations as the entire story is told from the viewpoint of a guest (the reader) visiting Finn and Jake and participating in an adventure. It works better in theory than in actuality as it’s very quickly read, but the strict as seen by the reader viewpoint delivers a multitude of stop motion panels where clarity is lacking. The best section is the three pages from Finn and Jake’s Adventure Tome, written as if jotted into a notebook and densely packed with very funny advice. North’s not averse to some sly meta-commentary either, as seen by the sample image.

So what do Finn and Jake do when there’s no adventure on the horizon? Well, they kick back, relax and let the bubblegum monster overwhelm them. Hang on a minute! Bubblegum monster? It’s a tricky one, that’s for sure, and seemingly beyond the power of Princess Bubblegum to control.

Strangely, this collection of Adventure Time is a little below par. Sherri Paroline and Braden Lamb are on form as artists, with their Jake people carrier hilarious, and as ever it’s one shorter story followed by an extended tale. It’s the latter causing the problem. There’s too much being chased and hiding from the bubblegum monster without hitting the usual ratio of supporting diversions and jokes. The extended story of young Princess Bubblegum is rather flat, and the interruptions tiresome. It’s a rare lapse from North.

The usual round-up of covers and alternate covers to the original comics collected here completes the book. There are the customary regular contributions from Mike Holmes, well up to scratch, but in keeping with the remainder of the book, some others are ordinary, and that’s never an adjective that should apply to Adventure Time.