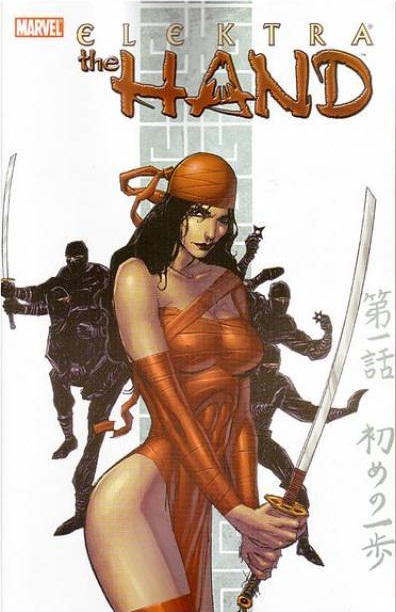 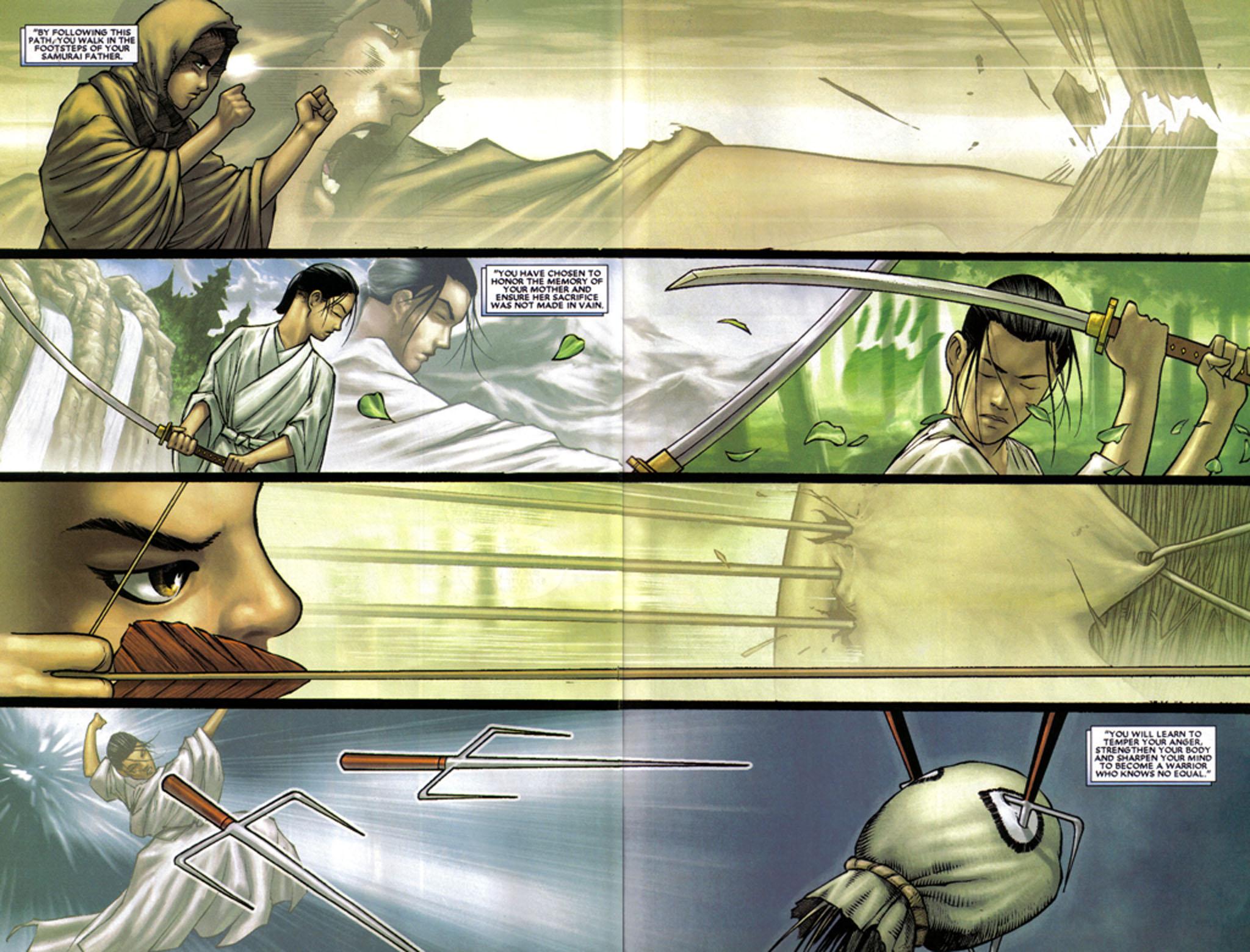 Since its introduction via Frank Miller’s work on Daredevil, the Hand has provided all-purpose ninja cannon fodder for Wolverine, Punisher, Daredevil and others. Some better writers such as Miller have occasionally attempted to endow the Hand with a sense of history and achievement, spending some time referring to their traditions and motivations, but it’s been piecemeal. Akira Yoshida’s story constructs a history for the Hand, and an explanation of their traditions, starting in 16th century Japan.

In a tense and tragic opening chapter we meet Kagenobu and his widowed mother, who’s forced to prostitution to keep them alive. It’s a clever story, in one compact set of circumstances providing the motivation for the organisation, formed by Kagenobu, why it bears the name of the Hand, and why the sai, a triple pronged blade, is a favoured weapon. It also tracks the path of Kagenotsu from youth with a grudge to samurai himself. Kagenotsu’s grudge is against foreigners, and in that he reflects the spirit of the times, as after his death an edict would be passed, in effect cutting off Japan from the outside world. He considers the current rulers have been corrupted by foreign influence, and when given an opportunity he fights back.

Following a prologue illustrated by Jim Cheung in his tidy style, Christian Gossett provides the remaining art, and he has strengths and weaknesses. He appropriately elects to tell the story in the style of Japanese comics, and his layouts are imaginative enough to accommodate the simplicity of the illustrations. His weakness is the figurework. All too often the actual people are slightly malformed and misproportioned, enough to frequently draw the eye away from where it should be. It’s particularly noticeable in the final chapter’s action, where Gossett moves closer to traditional manga style for the pages, dropping most backgrounds.

Yoshida restricts his spotlight to the early days of the Hand under Kagenotsu. His ideals, while reprehensible in some respects, have a nationalistic purity about them that extends to codes of fighting and behaviour, and that’s where the Hand veers very close to the Itto-Ryo sword school prominently featured in Blade of the Immortal. Yoshida’s tale, however, lacks the ethical complexity of Hiraoki Samura’s work. It also runs out of steam over five chapters, whereas a more compact four would have produced a tighter graphic novel.

The Hand is engaging in creating a viable history, but there’s also some misdirection applied by featuring Elektra so prominently on the cover and in the title. By all means buy this if you want to know the Hand’s history, but if you’re expecting an Elektra story stay well away. She only appears for a few brief panels during the prologue and epilogue.