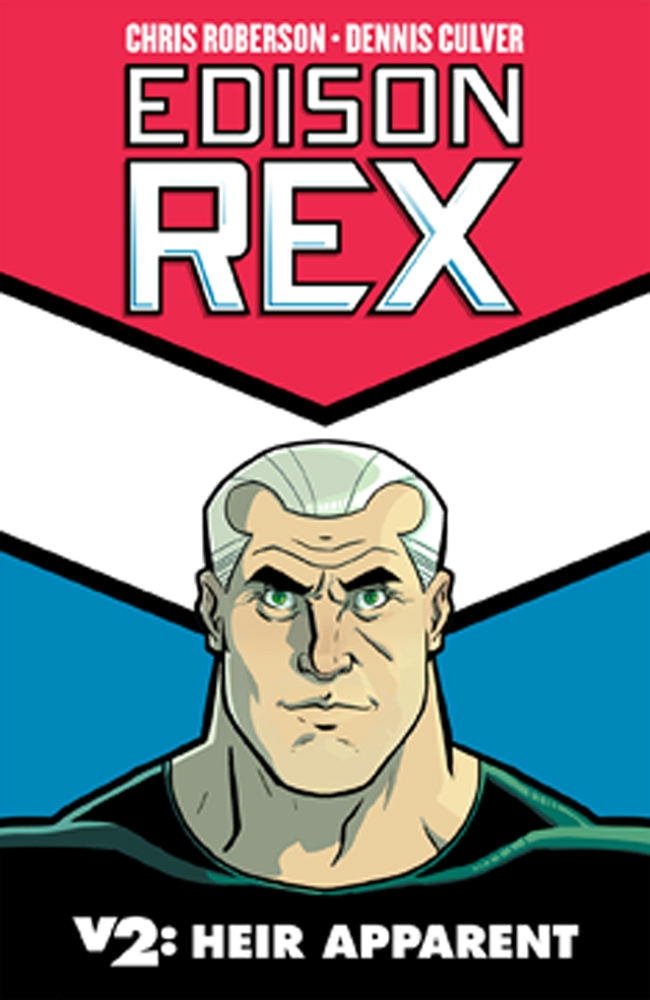 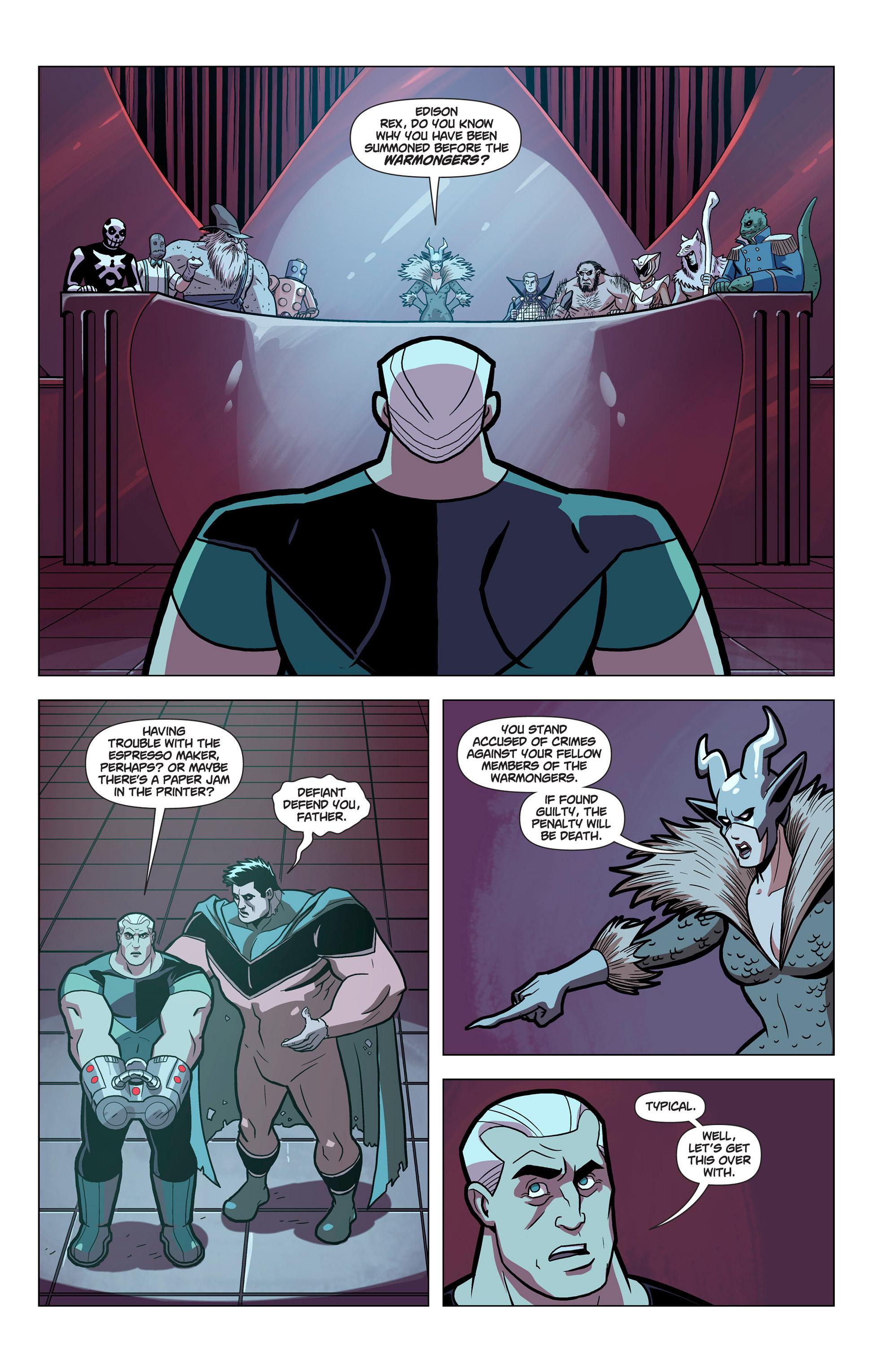 Although the opening is a neat twist on Bruce Wayne’s parents being murdered, Chris Roberson moves away from the continual pastiche elements that characterised volume one. It’s still possible to draw lines between the new characters introduced and existing properties, but they’re not as obvious, and with that in place Edison Rex moves from a charmingly well crafted pastiche of a particular era to something more original. Edison remains a reformed master villain attempting to make amends for his past via heroism, but he’s no longer the sole focus.

In some ways volume two could be viewed as a re-boot, as starting with how Edison became the man he is, coupled with Roberson starting to explore the wider world of superheroics. Older readers will recognise touchstones such as the 1990s animated Batman or the early Image comics, but they’re not the be all and end all, incorporated into more ambitious storytelling methods, such as black and white flashbacks as 1940s newsreels. The plots aren’t as linear either, frequently throwing readers in mid-story and having to catch up, although Roberson’s a neat writer and everything has a solid explanation.

In addition to producing clear cartooning, Dennis Culver contributes to the plotting for the latter half of the book, and Roberson bouncing ideas and directions off someone else benefits the overall direction, which has become more imaginative. Culver’s simple style works for the mood, with Stephen Downer’s flat colouring cementing the animated look, but modified for specific sequences that need something different.

If Edison Rex were nothing more than loving parody it would have run out of steam by this point, indeed it seemed to be doing so toward the end of volume one, but Roberson and Culver shift the emphasis by introducing new characters. With such a long career of villainy behind him, not everyone is willing to accept that a few months of good deeds indicate a reformed Edison, and he’s additionally created a problem that he’s seemingly unaware of. It all amounts to a slightly more consistent, more enjoyable and more imaginative read than volume one, and deserves a wider audience Edison Rex never found.

As there’s not been a print volume since 2014, it seems the five chapters concluding Edison’s story are only going to be available digitally. Find them at Comicology. If you’ve enjoyed what you’ve read, they’re definitely worth it.