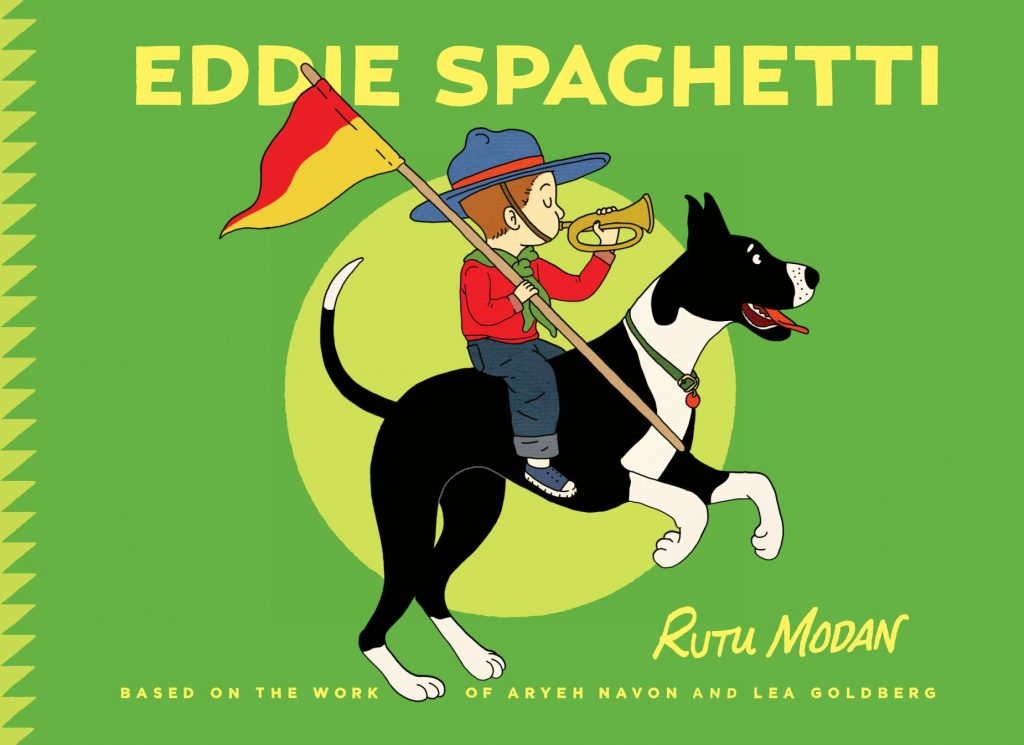 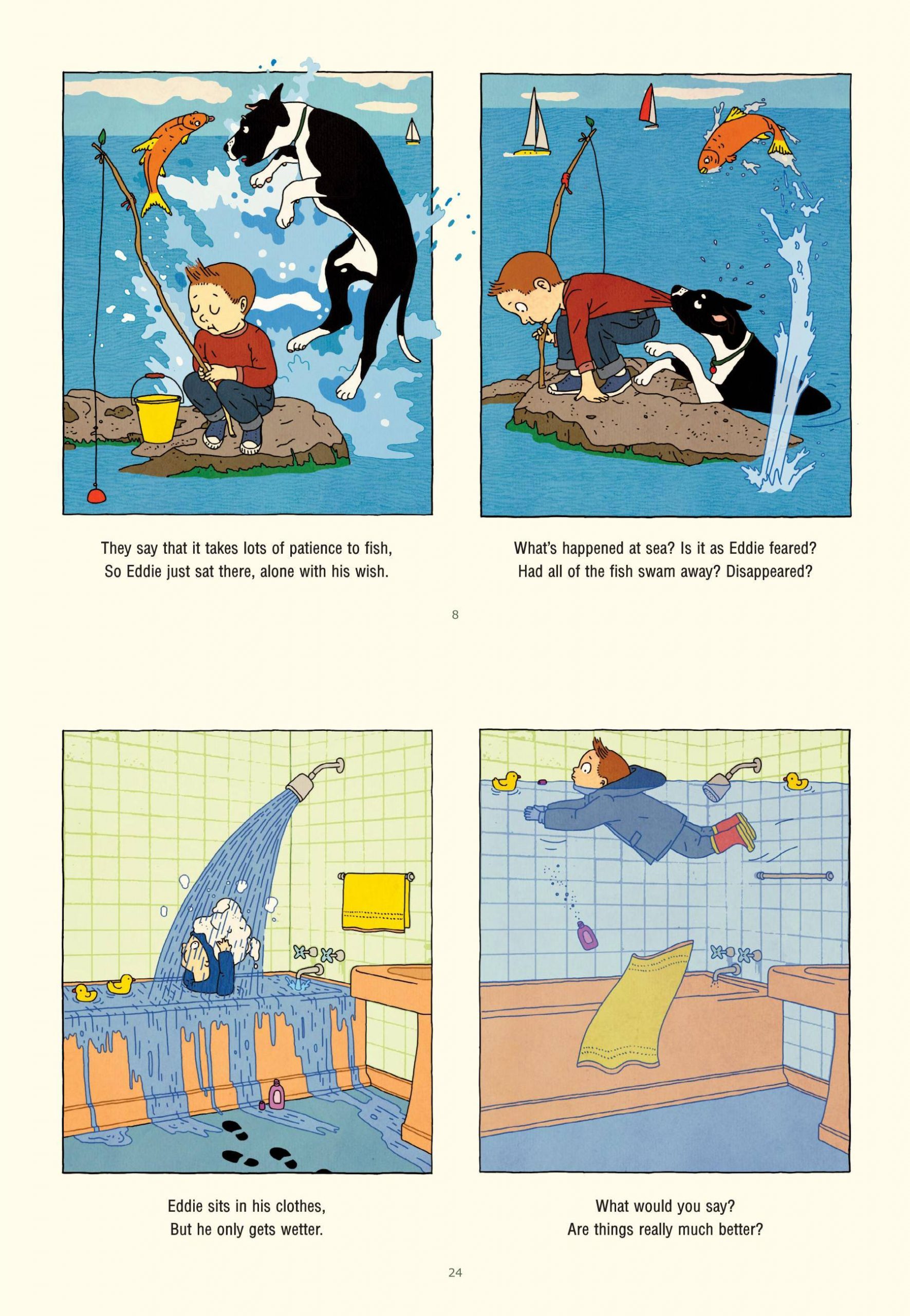 To celebrate the character’s eightieth anniversary Rutu Modan has translated some of the original stories into English and provided new illustrations, at the start noting these stories as being based on the work of the original creators. They’re brief, not longer than four of these landscape pages, yet show Eddie as adaptable, but never short of a bad idea. He’s too small to sit comfortably at the table, so he saws the table legs shorter. Now the chair’s too tall, so those legs have to go as well.

The sample art is constructed from two different stories, both showing Modan’s nicely honed sense of the absurd. She employs a sequential passage of time, but composes the images photographically, everyone posed as if caught in a moment. The precision of this in her clear line style adds to the ludicrous nature of the rhymes. Some of these, though, are awkward, suggesting that perhaps Modan has been limited by a desire to remain faithful to the original stories, rather than modifying them for smoother English. It’s a small complaint, as the stories have always been aimed at youngsters who’ve not long begun to read, and they’re unlikely to notice as they’ll be laughing at the beautifully composed illustrations and the ridiculous situations.