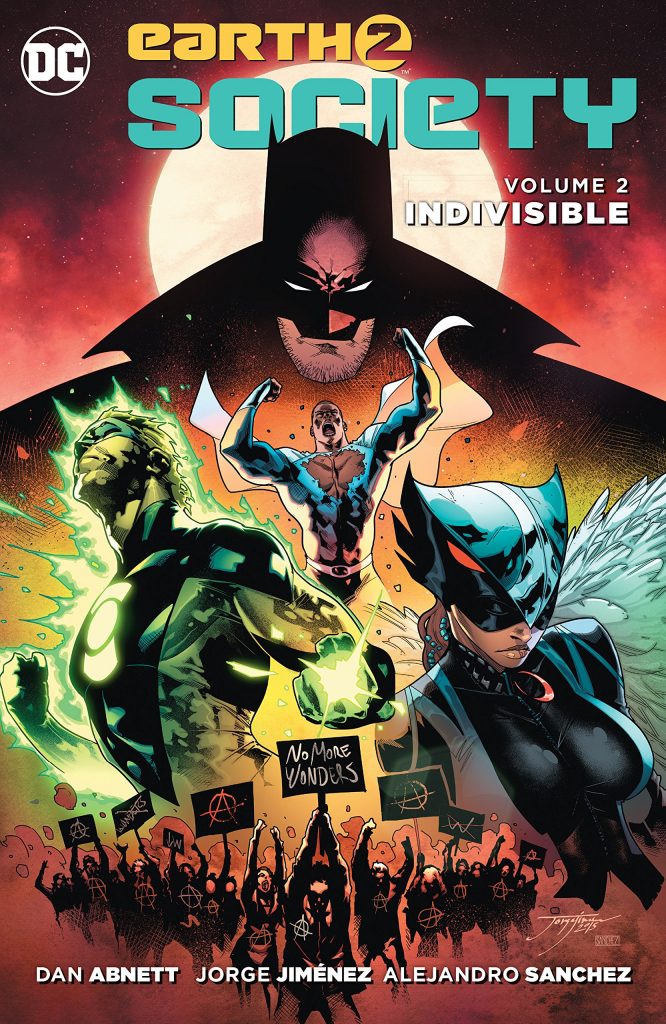 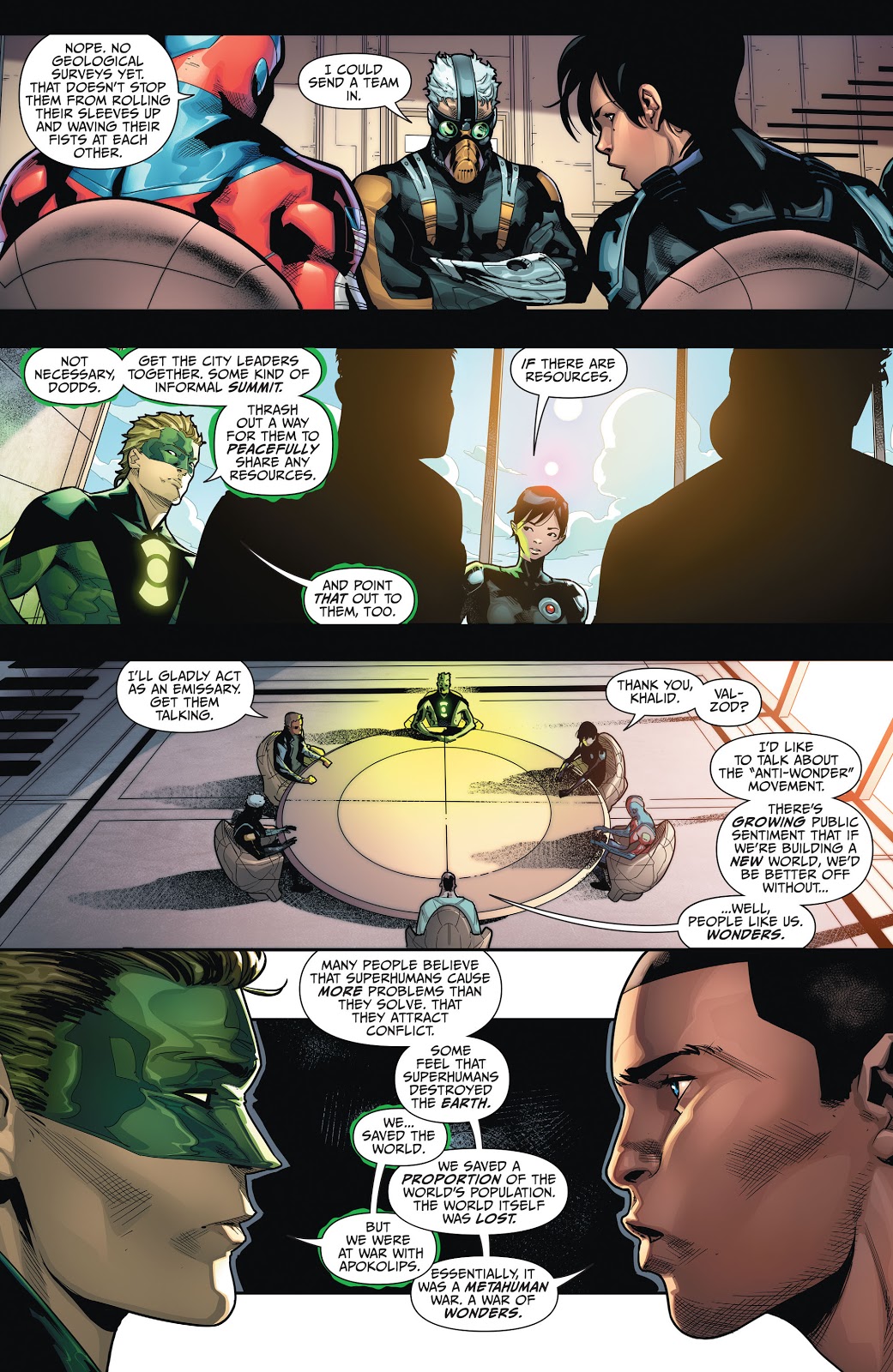 Society concerns the survivors of a planet’s destruction. Earth was evacuated as far as possible, a new inhabitable planet was located, and those survivors now live in cities rapidly constructed around the occupants of individual evacuation craft. A lack of inspiration characterised Planetfall, but new writer Dan Abnett sets out his priorities over the opening pages (sample art), placing concerns indicated by the series title in the forefront.

Planetfall perhaps mistakenly set up communities too closely based on those of the mainstream DC Earth, and Abnett adds another here, but the problems they face echo our actual world. Energy is a bone of contention, rapidly leading two communities to war. It’s a better propellant for a plot, but also seeming obvious until Abnett throws his spanner into the works. He runs two simultaneous threads concerning energy, one at street level as Batman and allies investigate a supply company, and the other global in scope, macro and microcosm if you will. It’s with the smaller scale problems that the art is most effective. Spiky cartooning still characterises Jorge Jiménez’s drawing, very figure led with sketched in backgrounds, which works for Batman’s world but lacks the power and grandeur that would boost other scenes. Federico Dallocchio’s single chapter is nearer DC’s traditional superhero style, while Iban Coello’s closing chapter provides the midway point between the other two artists.

Abnett has studied the cast available to him, considered their personalities and motivations, and supplied something with more depth than previously, while also investigating questions of political honesty. Are people better told bad news with the inevitable consequences, or should it be kept from them if lives are potentially at stake? If people are intent on destroying themselves is power making right justified? Just as in our world, there is no single purpose answer, and a nice touch is Abnett including a society with big plans completely unaware of the bigger picture.

For all the good points and the philosophical arguments, and that it’s considerable improvement on Planetfall, there are still drawbacks. Batman finding a new ally is pure schlock, to provide one example. It’s not until the desperate final chapter that Abnett really impresses, pulling a great rabbit from the hat. It suggests that after a long period of drifting over several titles Earth 2 is settling into something worth reading again. A Whole New World follows.