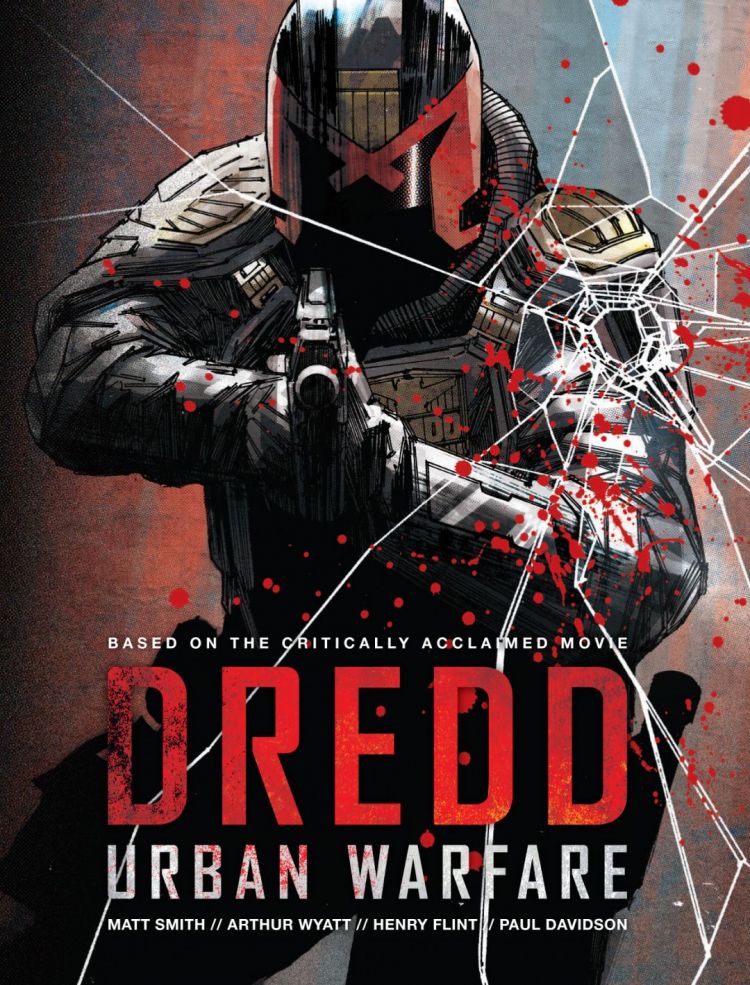 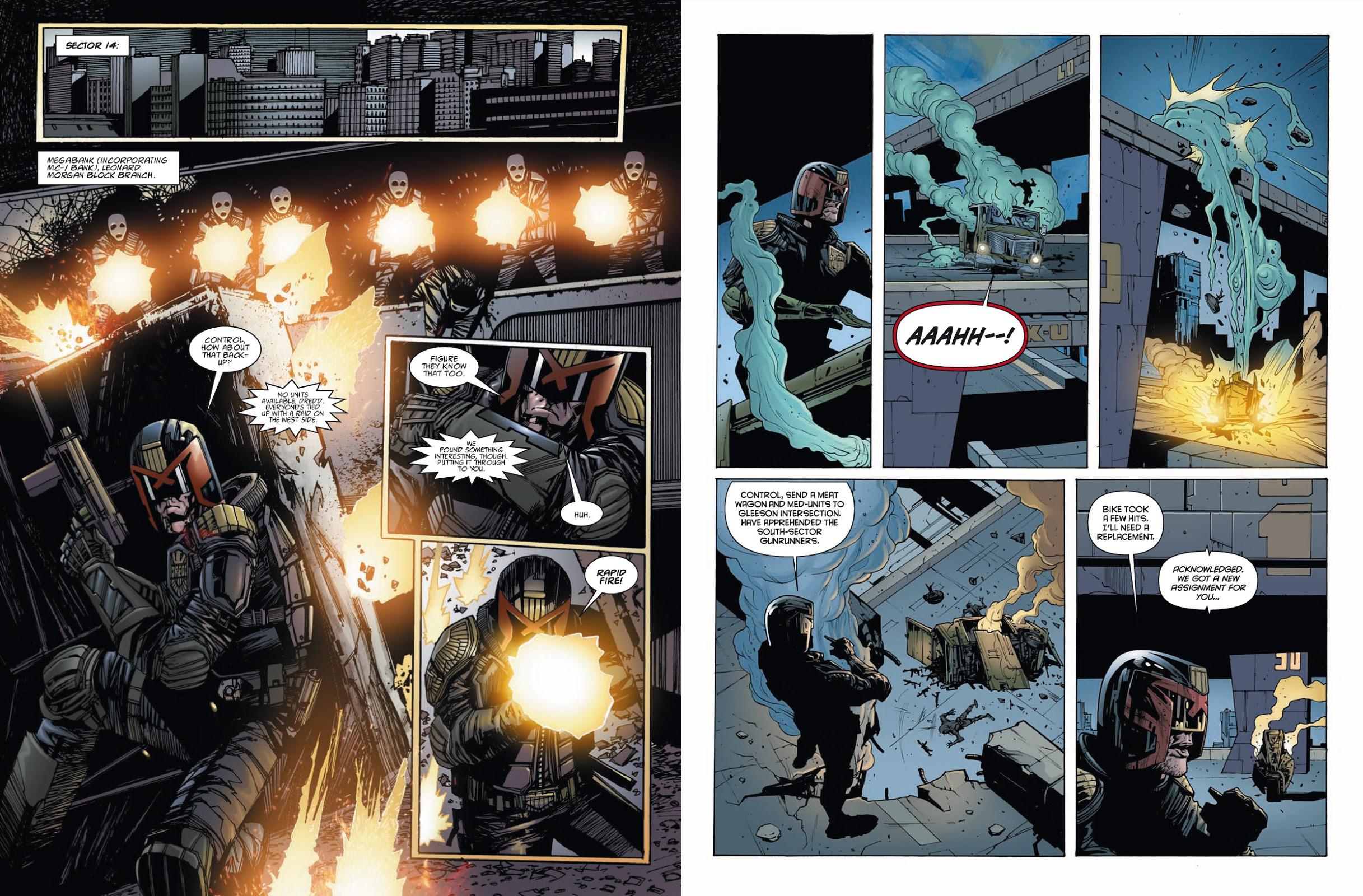 As the Dredd title perhaps signifies, Urban Warfare is the Judge Dredd of the 2012 movie world, the version of Mega-City One limited by budget if you want to look at it that way, or alternatively a halfway step between today and the full on Mega-City One we’ve known for years.

‘Underbelly’ occupies three chapters by Arthur Wyatt and Henry Flint, and takes a futuristic look at the real world problem of people smuggling, showing the life awaiting those illegally smuggled into Mega-City One. It’s a tour de force on Flint’s part, designing the complex layout the smugglers operate from, and putting the effort into drawing it time and again. Wyatt’s contribution doesn’t match the art. It’s alright for what it is, but it’s a straightforward story seasoned Dredd readers will have read numerous times over the years, only Anderson’s pithy final page comment being a nice observation.

‘Uprise’ is another linear story from Wyatt, again revisiting a topic frequently seen in Dredd stories, but it’s a far, far better piece, the collection’s highlight by some distance with the tension extended over five chapters. As before, Wyatt uses contemporary problems, in this case the development of a luxury block in a shabby area whose citizens will never be permitted access, but the key is the introduction of some mystery. A man has returned, knows the district and is established as a resourceful person used to evading the Judges. As rioting escalates his purpose remains unclear. Artist Paul Davidson provides the necessary grubby, derelict location nicely, a surprise as it’s a step away from his usual structured, clean style, which wouldn’t have been as suitable for ‘Uprise’. He also has to design this world’s version of technology recurring in the main Dredd universe and comes up with a neat design owing very little to the original version. Wyatt keeps throwing in the surprises, and although his dialogue is precise rather than memorable, he does manage the occasional wry line, such as Dredd’s comment in the sample art of “Bike too a few hits. I’ll need a replacement”. At five chapters, over half the book, it’s enough to make Urban Warfare a desirable collection on its own.

A final story is form of prequel to the Dredd movie, looking at Ma-Ma in the days just before she became the menace seen in the film. Here she’s Madeline Madrigal, exploited prostitute about to turn a corner as she discovers Slo-Mo. Matt Smith’s captions could do with a lighter touch, but Flint’s art again conveys a squalid world, and together their dramatisation offers valid background. The comics adventures of the movie Dredd and his world continue in Dredd/Anderson: The Deep End.