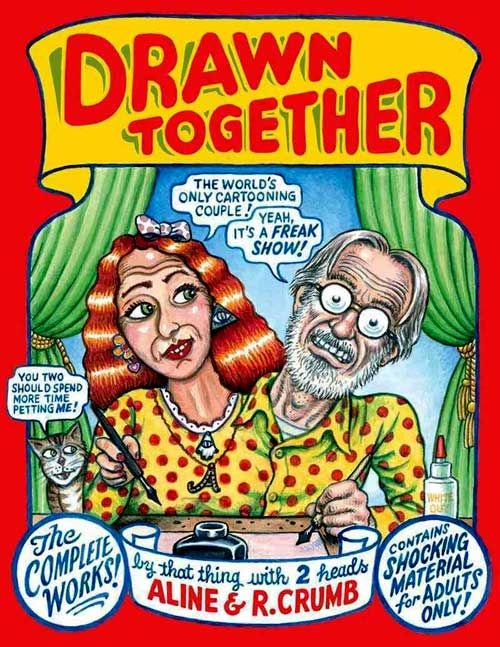 As the Crumbs highlight in their introduction, they are the only couple in the world “who do what [they] do in the comics medium”. That’s to say, documenting their life together as it happens, with each writing and drawing themselves in the same story. This collection spans some 35 years working together, an achievement unlikely to ever be surpassed. So on paper, this is something unique and important, but how is it in practice?

Happily, the product lives up to the premise. As counter-culture insiders, and the closest comics have come to a celebrity couple, their lives are worth writing about. The other selling point is the unlikely, but undeniably deep and enduring, relationship between anxious/inhibited Robert and spontaneous/vivacious Aline. It’s clear Robert’s enduring admiration of Aline, goes far beyond the statuesque physique that fills his sketchbooks. Aline as wife, encompasses mother and daughter roles: knowing when to nurture Robert, and when to puncture his pomposity. The relationship is broadcast live, as they create each unscripted page, responding to each other’s contribution, and making asides to the reader. For example, Robert complains: “…you changed your outfit from the last panel?” and Aline responds “Yeah but today’s another day + I’m wearing…”. This offers insight not just into the relationship, but also the means of capturing it in a comic, and so broader tensions between reality and representation.

Reading prompts a sense of voyeurism, even before the candid accounts of their intimate moments. Sexual openness was a key element of the 1960s counterculture, and had free expression in Crumb’s work. His taboo-busting images of women and sex acts fuelled, for example, his wife’s split with Wimmen’s Comix, and remain controversial. The cover warning of “SHOCKING MATERIAL for ADULTS ONLY” is justified, though, as Aline emphasises (featured, left), she was a keen participant in the no-holds-barred sex, and its depiction here.

Beyond these few explicit scenes the book is a fascinating record of a relationship developing from its hormone-fuelled beginnings through marriage, affairs, and beyond. Along the way we have sensitive self-reflections, including how the teenaged Sophie Crumb and her friends might react to the Crumb parents’ explicit comics. Paradoxically, Robert’s comment late in the book of “I rarely even think about sex now”, is perhaps the most candid revelation of all.

Mr Crumb is an accomplished and versatile artist, moving freely between cartooning and objective naturalism, and rendering new subjects, like the French setting, as vividly as his favourite subject – himself. Aline’s contributions may seem crude in comparison, but they’re well-observed, artfully composed, and expressive. In these pages they create an appealing visual contrast to her husband’s, obsessive over-rendering and resulting grey tones. She’s in the same ‘bad art’ tradition as (the more lauded) Gary Panter, and also riffs entertainingly on her different abilities: “Robert had the nerve to touch up this face”, she asides to the reader.

This complete collection is welcome, though at 300-odd pages, it’s best dipped into. Later, rambling chapters may tax the casual reader, but the following series of more focussed pieces (several for The New Yorker), are highlights. In particular the couple’s contrasting reactions to New York Fashion Week demonstrate the added value of  the self-styled ‘thing with two heads’.

This is indeed an important and unique book, bringing together two complementary voices and artistic talents. It’s an insightful, ironic, and (noting the few transgressive scenes), ultimately charming view of the Crumbs’ lives, and an ideal introduction to their individual work. 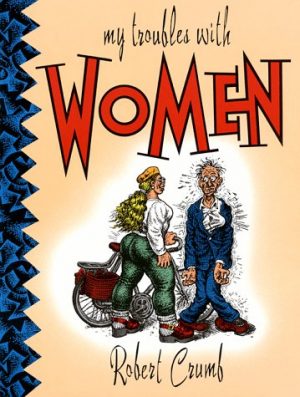 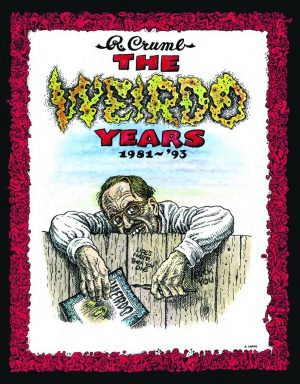