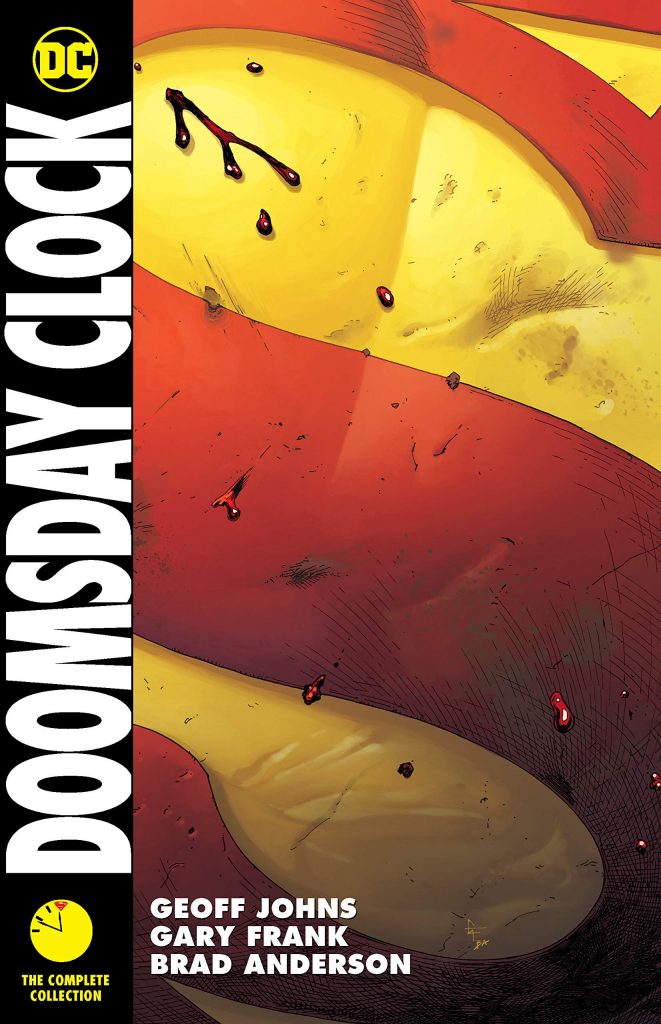 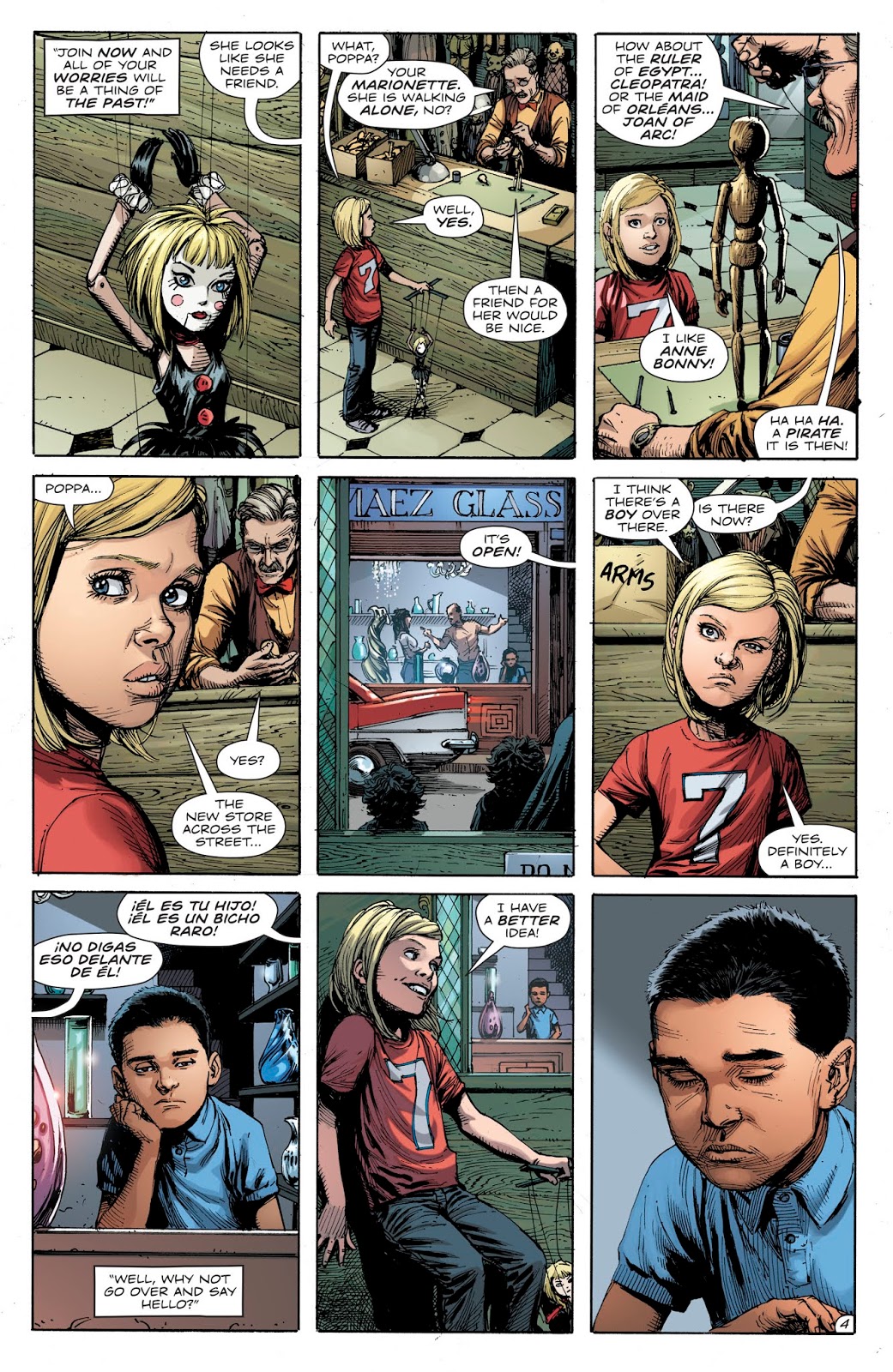 While DC have the rights to use the cast of Watchmen, there are plenty of ethical reasons why they shouldn’t. That’s a separate discussion, the pros and cons of which are easily located online.

Even without the use of all characters, the slavish appropriation of design elements and too many homage moments make it apparent that Doomsday Clock is intended as a sequel to Watchmen, and for a long while it fails to engage on that level, despite an appropriate density. Among other aspects Geoff Johns emulates the stop/start pacing, but here it’s awkward for too long, rather than intriguing, and a failing throughout is a reliance on too many characters who ultimately have just the single purpose, yet who are tracked throughout. On the other hand, it’s worth sticking with Doomsday Clock as it becomes stronger as it continues, and eventually most quibbles are sorted out.

In Watchmen, Adrian Veidt, Ozymandias, conceived a mad plan to save his world, where global tensions were escalating to the point of no return. When his deception was revealed the escalation increased. “I cannot save our world”, he admits, “yet even now there is one who has to power to. Doctor Manhattan”. That covers the plot from the Watchmen end, and what Johns adds is a similar seemingly inevitable escalation process on the main DC Earth, which is where Ozymandias, Rorschach and a couple of others end up. The mixing of characters from the two universes is awkward, and until the final chapters, almost all Doomsday Clock’s highlights are when they’re kept apart.

If there are concerns about the way the story progresses, there are absolutely none about the art. It dazzles from the start. Gary Frank supplies one beautiful page after another, telling the story perfectly, showing characters feeling emotions both subtle and obvious, using shade efficiently, and delivering some spectacular multi-character spreads, especially in the final chapter. Always a very good superhero artist, with Doomsday Clock Frank has become a great one.

To pick one element really pleasingly resolved, the story is intercut with moments from a 1950s movie, the spotlight on actor Cameron Carver. For a very long time these interludes seem incidental, only appearing because in Watchmen Alan Moore intercut the main narrative with a pirate story. However, there is a purpose to Carver, sentimental perhaps, but surprisingly crucial to everything that’s happening. That integration concerns escalating world tensions about the US manufacturing superheroes, and how they’re seen by the remainder of the world, especially areas with their own superheroes, as an equivalent to the arms race. Of the DC heroes, Batman is central to the first half of the story, and Superman integral to the second.

While ultimately very good, originality is at a premium in Doomsday Clock. There are too many echoes of Watchmen, and it’s only really in the final chapters that Johns adds significant elements that can’t be traced back to it, although even then it’s mixed with more re-run moments such as another mad plan from Ozymandias. The ending, though, is strong, embedding Superman at the heart of the multiverse, embodying hope and providing a fusion open to interpretation.

Unless price proves a major difference, Doomsday Clock is best enjoyed in a single edition rather than separated as Part 1 and Part 2. Alternatively, DC plan to issue an oversized Absolute Edition in summer 2022.