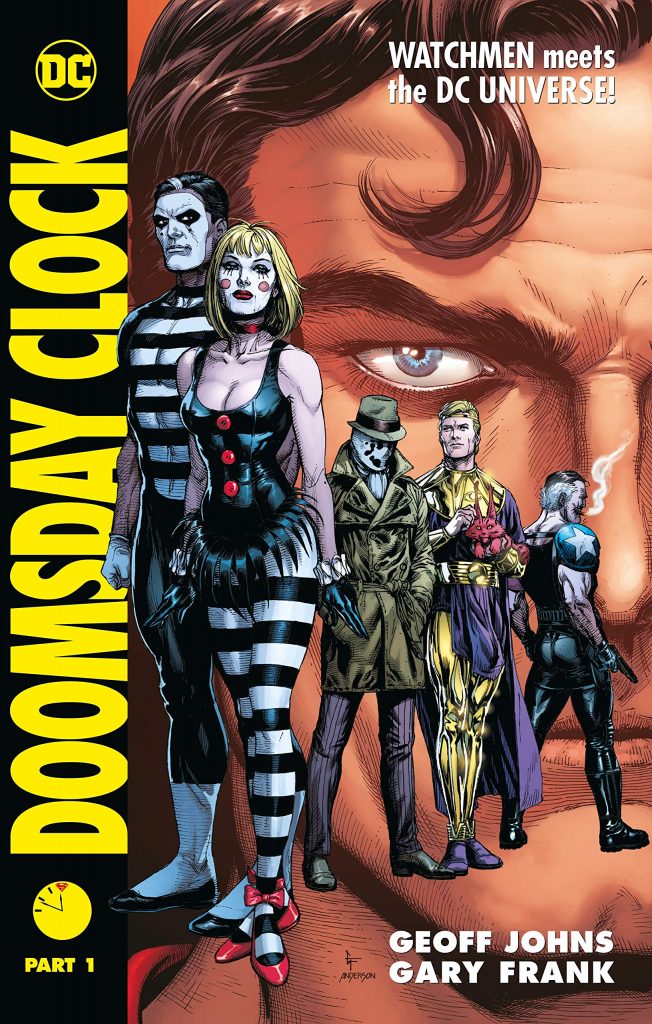 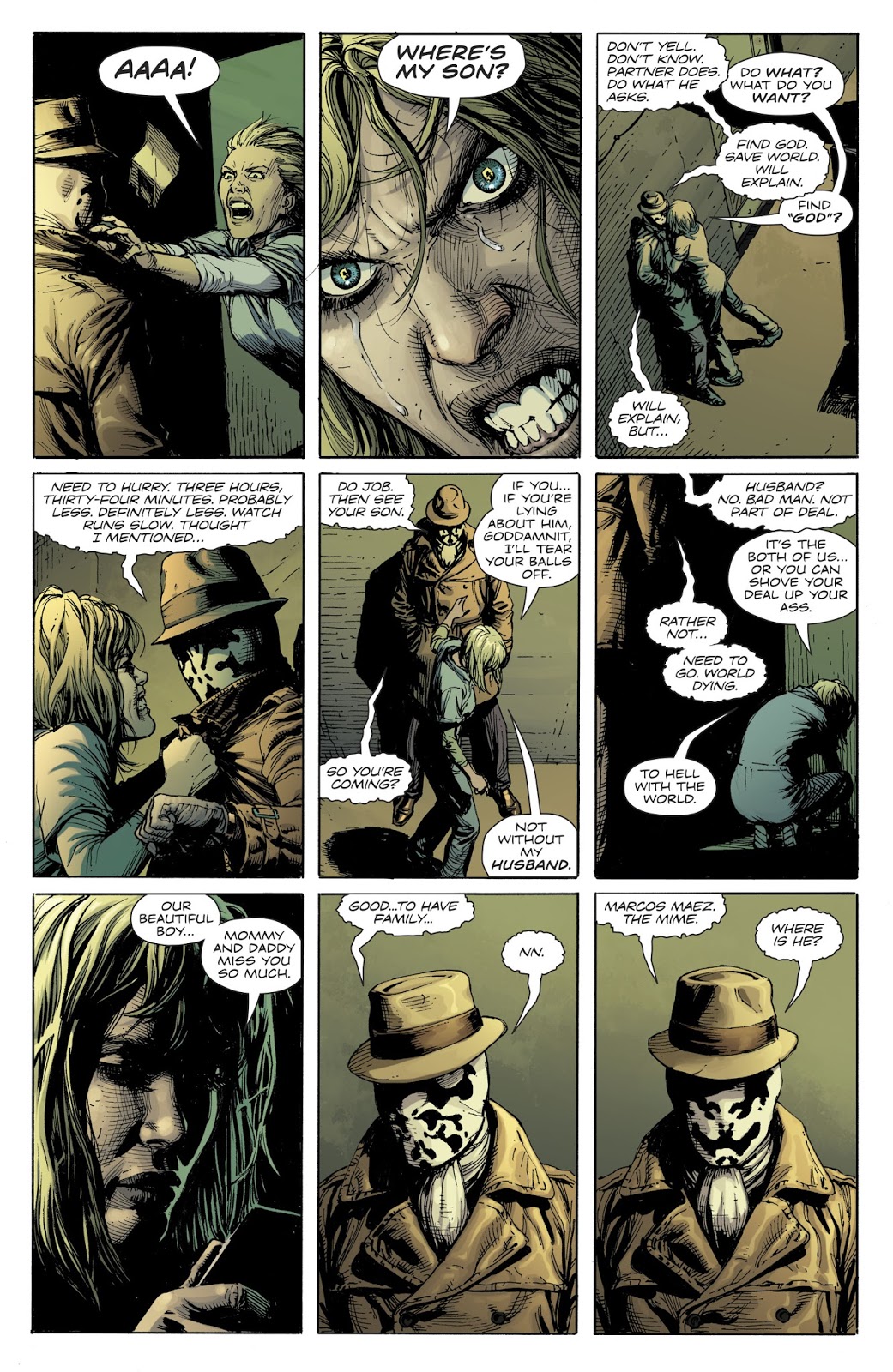 While DC have the rights to use the cast of Watchmen, there are ethical reasons why they shouldn’t. That’s a separate discussion, the pros and cons of which are easily located online.

It’s apparent from the start that none of those arguments have any resonance for the creative team of Geoff Johns and Gary Frank, who open Doomsday Clock as a sequel to Watchmen, picking up near enough from its memorable final page. It’s not just that the narrative voices and page layouts resemble Watchmen, so does the cover design and the lettering. Watchmen concerned a monstrous plan to save a world on the brink of war that seemingly worked, except a newspaper was sent the truth. The publication has accelerated that war, but wait, Ozymandias has another plan…

“Where are we now?”, asks Rorshach. “On an Earth that appears not entirely unlike ours”, replies Ozymandias, and that’s the gist of Doomsday Clock. In order to save their universe, Dr Manhattan must be traced and he’s relocated to the usual DC universe. As that spins out, there’s barely a superficial tick from Watchmen not imitated. The pirate sequences are replaced by the 1950s televised noir crime show Nathanial Dusk, a 1980s DC comic; there’s a new Rorschach, created through horror like the old; the past connects with the present; Frank uses simple disassociative images and visual segues; political tensions in the DC Universe are escalating the same way as that of the Watchmen cast; and prominent new characters are reworkings of characters from old Charlton comics, just as the Watchmen cast was based on its heroes. It’s intended as clever, but it’s derivative, falling somewhere on the scale of superficial homage to graverobbing.

However, given the promotion and controversy, someone could pick up Doomsday Clock without having read Watchmen, and would miss many of the attempts to be clever and the forced connections would pass them by. In that case Johns and Frank serve up a viable mystery. Their additions are the contrast between Gotham and Metropolis, the dark and the light, and toying with the Watchmen characters around that. The use of long forgotten DC heroes is interesting, and in its own way Frank’s art is every bit as impressive as that of Dave Gibbons. He provides full environments, people with genuine emotions, neat visual touches and considers the design of the entire page, not just individual panels.

The conflicts affecting Doomsday Clock are exemplified by the hot and cold final chapter. The fleshing out of new character Marionette is heartbreaking and strong, indicating a bigger purpose for what’s been a random presence until now. That thread is fused with the weakest material, featuring a really stupid meeting of super villains, and the return to action of another old character fused with an origin story that’s supposed to be tragic, but repeats a trick already used.

At the halfway stage Doomsday Clock is proving a poor Watchmen sequel, but a promising mystery, although since the arrival of a combined edition, surely no-one will be buying this version along with Part 2. 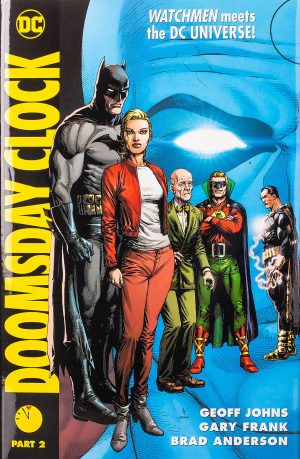