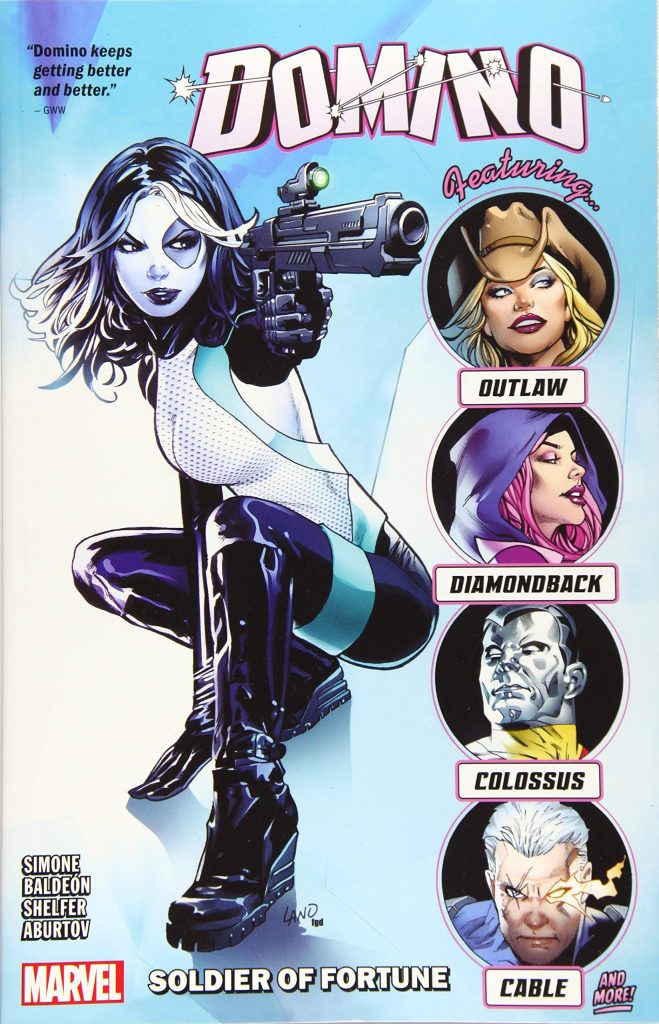 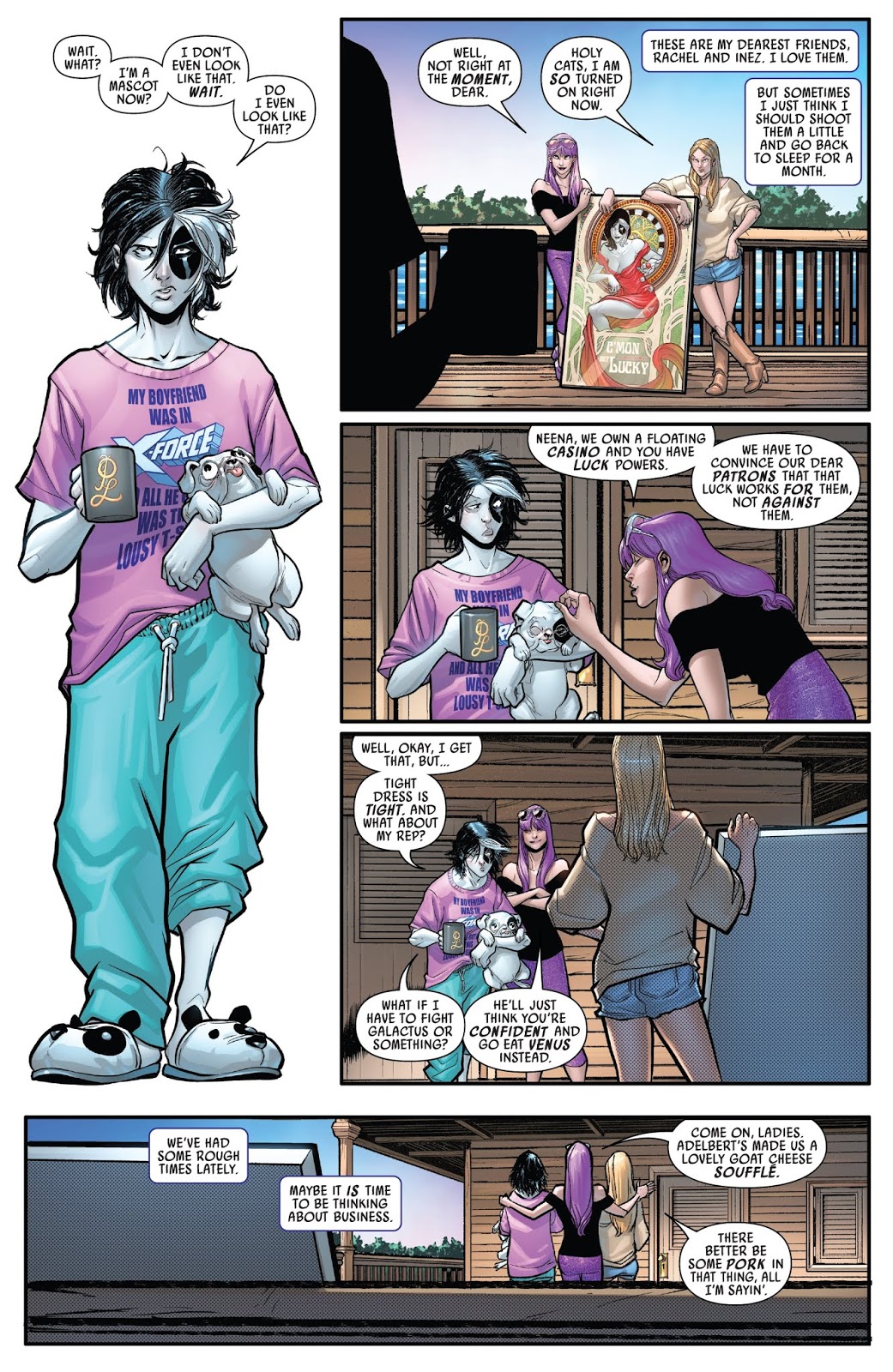 One long list of artists tops this review, but don’t worry, that’s because Soldier of Fortune opens with a few shorter stories. The title story over four chapters is still largely the work of primary artist David Baldeón, who as seen by the sample page is on top form. Yes, he actually drew the fantastic Mucha-influenced poster seen in miniature, which is used as a separate splash page and he repeats the trick imitating a movie poster for the following chapter. He’s a phenomenal artist, but his style might not be to all tastes, with pinched faces and cartooning exaggeration. In his favour is that he doesn’t objectify the female cast to any great degree. After some Domino depictions over the years, it’s nice to see normally proportioned women, give or take a few pinched waists.

It’s safe to say that no-one will guess where Gail Simone takes that title story from the sample art, and isn’t that what we want? The big threat is vampires, who’ve decided they don’t need to pussyfoot around any further, as they now have a means of ensuring their survival without protecting the herd, as it were. Simone settled on Domino as in effect a team series, with Diamondback and Outlaw playing equal roles, so they’re given equally appealing personalities, and they’re just as dangerous. Simone also includes other characters known to Marvel readers, and as in Killer Instinct, these aren’t always the a-list, but people that mix well with Domino and her power set. A clever aspect is that a new addition to Domino’s team is introduced almost on the sly.

The effort put in by Baldeón means he needs some help over the final two chapters. Michael Shelfer’s work complements Baldeón’s pages, and while Anthony Piper’s style is slightly different, it fits the general tone. Less welcome is Alberto Alburqurque, whose scratchy style is viable, but a complete contrast to everyone else. The other artists listed all work on what was originally a Domino Annual, opening this collection. Simone writes the neat first chapter explaining how Domino and Diamondback met Outlaw, with some lovely pages by Victor Ibáñez, and that sets the bar high for the remainder. While nothing disappoints, it could be argued that Leah Williams’ story about a self-help group for mutants unable to pass as human is patronising rather than inclusive, but it’s very nicely drawn by Natacha Bustos.

Simone and Baldeón’s version of Domino continues with Hotshots.