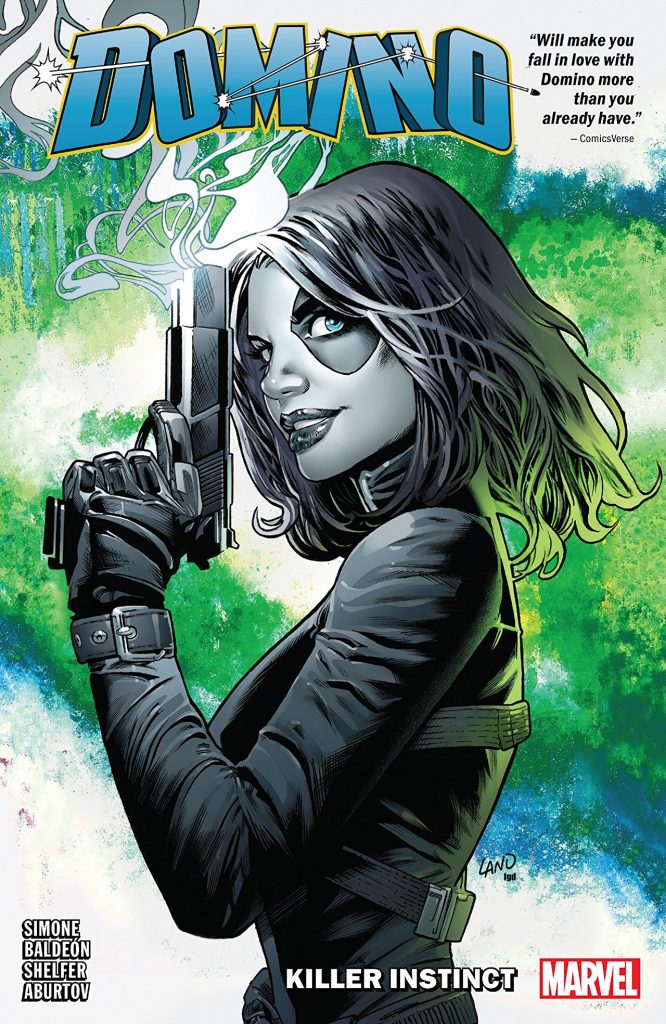 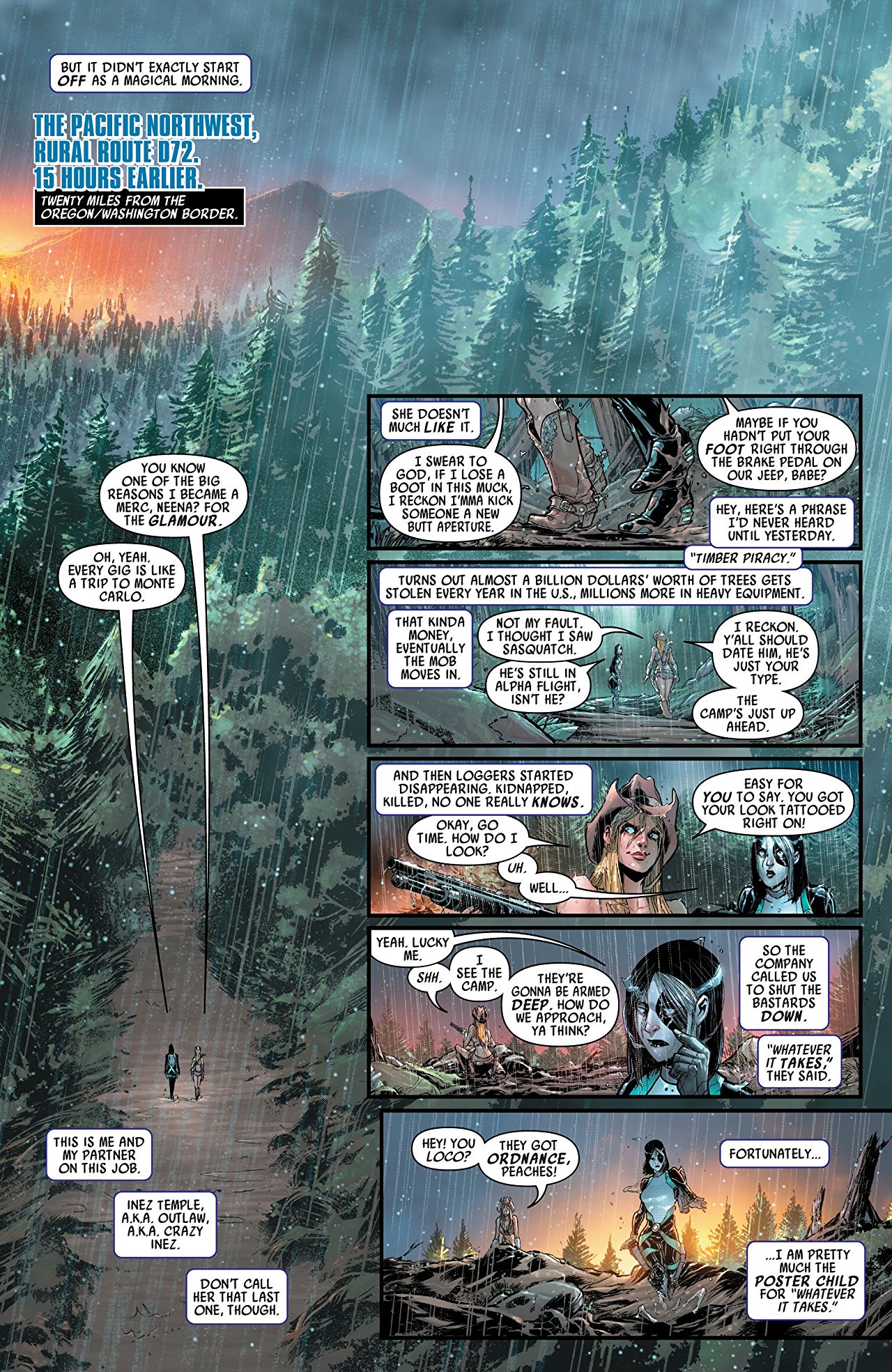 Domino has been pottering about the Marvel universe since the 1990s, a mutant mercenary given an edge via a vague power that turns luck in her favour. It’s nothing that can be precisely categorised, but always works, even if that’s in a way appearing to suggest a form of separate intelligence. It’s just as well, though, that she’s also a very talented gymnast and athlete, and has two solid besties to back her up in Diamondback and Outlaw.

Of everything Gail Simone has written, it’s Birds of Prey that found a place in most hearts. It evolved a natural relationship between several crime fighting women, and while Domino is the opportunity to repeat that formula, Simone’s smart enough not to fall into that trap. There’s no reason Birds of Prey fans shouldn’t enjoy Domino, but this is a different approach to the theme of an all-women buddy book, far lighter and with more comedy moments. Above the staged physical comedy and smart remarks Simone works in how wearing the standard superhero spandex has its drawbacks, and the physical perfection of Shang-Chi, comments a male writer would be unlikely to consider. All the comedy, however, is window dressing for a solid superhero plot, and for that Simone delves back into Domino’s past, and the idea that every reaction has an equal and opposite reaction. Prompting that is the introduction of Topaz, a woman capable of distorting and temporarily removing the super powers of others, well used, as is her companion.

Whether down to Simone or primary artist David Baldeón, the inventiveness of the plot is matched with clever visual devices. Domino’s extremely pallid skin is contrasted by her dark black facial tattoo, and Baldeón runs with the theme to render flashbacks to her absued past in black and white, and the bulldog she’s presented with at the start is her canine equivalent. His pinched faces take some getting used to, but work within an overall style that’s precise and adaptable. Baldeón also provides the layouts for the looser illustration of Michael Shelfer and the flashbacks of Anthony Piper, but neither quite match his occasional delicacy.

A lot of Killer Instinct is clever, with the standout the subtle way Simone eventually solidifies Domino’s powers, and it’s charming and funny, so is there a problem? Yes. It’s a feeling that bets are being hedged. They may not all be A-list, but too many guest stars intended to attract more punters begin to squeeze Domino out of the action. She’s only really fully in control and undoubtedly the star turn in the final episode, which underlines why Domino’s methods differ from Birds of Prey. Not everyone’s going to like that, but it’s set up logically with almost all other options removed from the equation. She’s next seen in Soldier of Fortune.