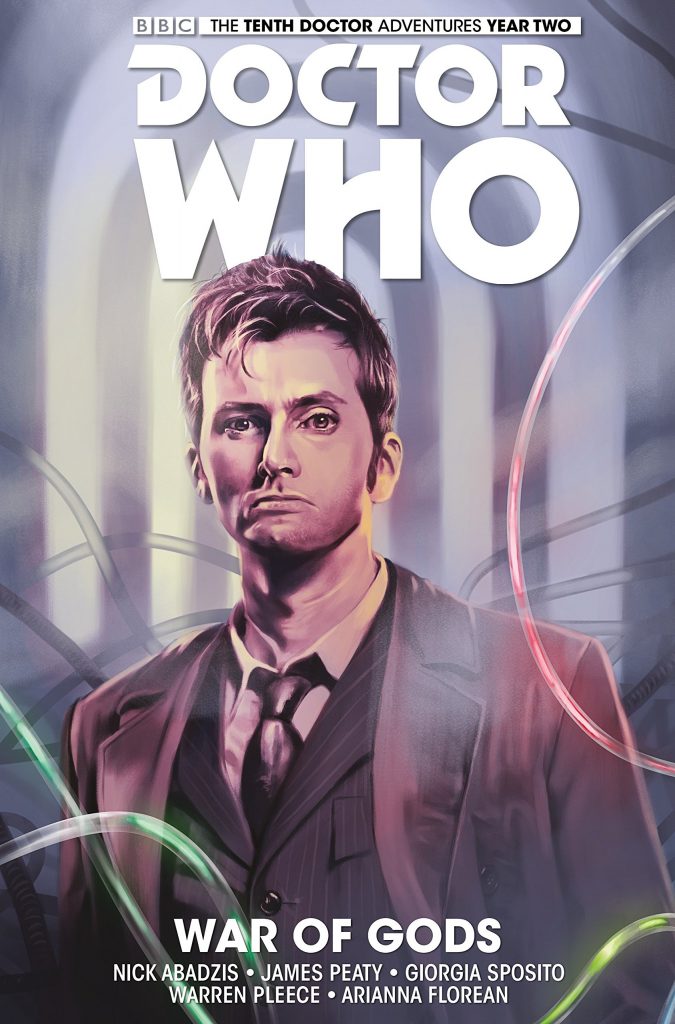 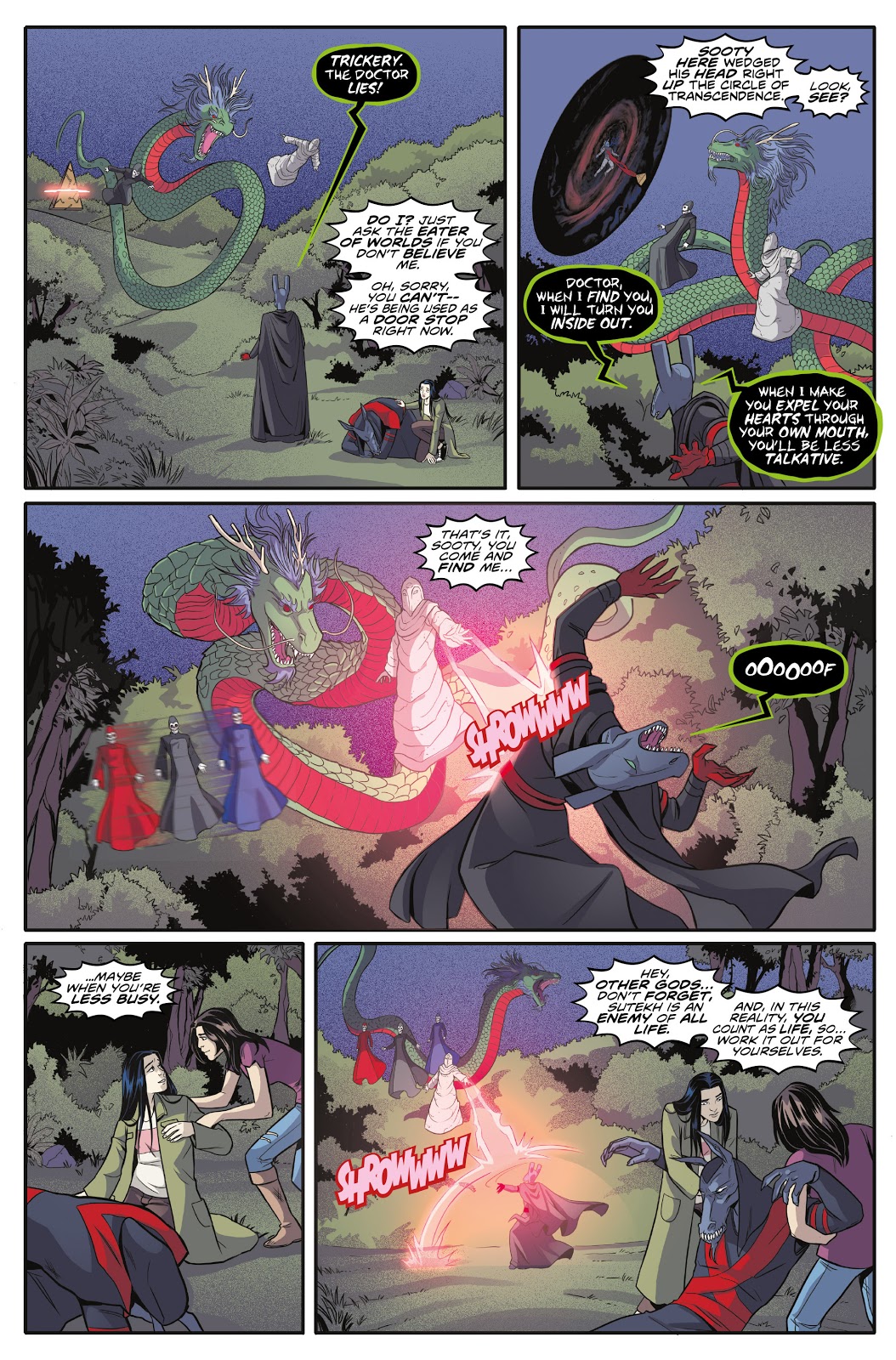 Nick Abadzis has been stitching together one long story throughout five of the previous six volumes, the other being the work of Robbie Morrison, and it all comes to a head over three chapters in War of the Gods. Anubis was once revered by the ancient Egyptians, and he’s actually an alien who needs to pass through and leave this universe, a process as complicated as it sounds, and which has required considerable planning, with the Doctor helping out. Sins of the Father revealed that Anubis might not be as rational as presumed, and concentrating on Gabby and Dorry over the opening pages confirms the worst. And then it becomes worse still.

The major threat Abadzis reveals stems from the Doctor Who TV show during the Tom Baker era, and is written with all the posturing and pomposity that characterised him back then, but that doesn’t read well now. Better is the idea that they’ve allied with other menaces the Doctor has dealt with in the past, who’ve spent millennia festering about their grudges and defeats. The collection of them provides primary artist Giorgia Sposito with the opportunity for some great shots of their mismatched designs, and she draws the remainder of the story in her clear and appealing way.

For all the threat, this conclusion doesn’t match some of the earlier chapters. Even allowing for an all-powerful villain being likely to gloat incessantly, there’s too much that requires explaining by reference to earlier events. Even people who’ve followed all the way through may have difficulty remembering the finer points of four volumes previously, and the emotional reconciliation between Cindy and Gabby is unconvincing given the circumstances. Actually, unconvincing full stop, coming across as contrived because the incredible threat needs an emotional counterpoint for balance. It’s also meant to be the final nudge enabling someone to see what will put things right, and that’s a nice touch considering the search for immortality from way back that proves relevant. It does also mean someone’s personality swithering back and forth.

The final chapter is unconnected, indeed by the different creative team of James Peaty and Warren Pleece, who begin things by returning the nice idea of Gabby’s notebook. She and the Doctor arrive in present day London, a place he’s curiously keen to avoid. ‘Revolving Doors’ is presumably included because it’s a standalone story for a collection that would otherwise be short a few pages, but it’s unfortunate in featuring alien creatures keen to breach the barriers and reach Earth, something Abadzis uses frequently as a springboard. Pleece plays homage with the art, a glimpse of Steve Ditko’s Doctor Strange here, a Terminator there, but isn’t good at capturing Martha Jones’ likeness. It’s never a story transmitting as anything other than filler, and it rounds off a strangely sub-par collection. Abadzis is back for the three connected Facing Fate volumes that follow, beginning with Breakfast at Tyranny’s.