Doctor Who: Missy – The Master Plan 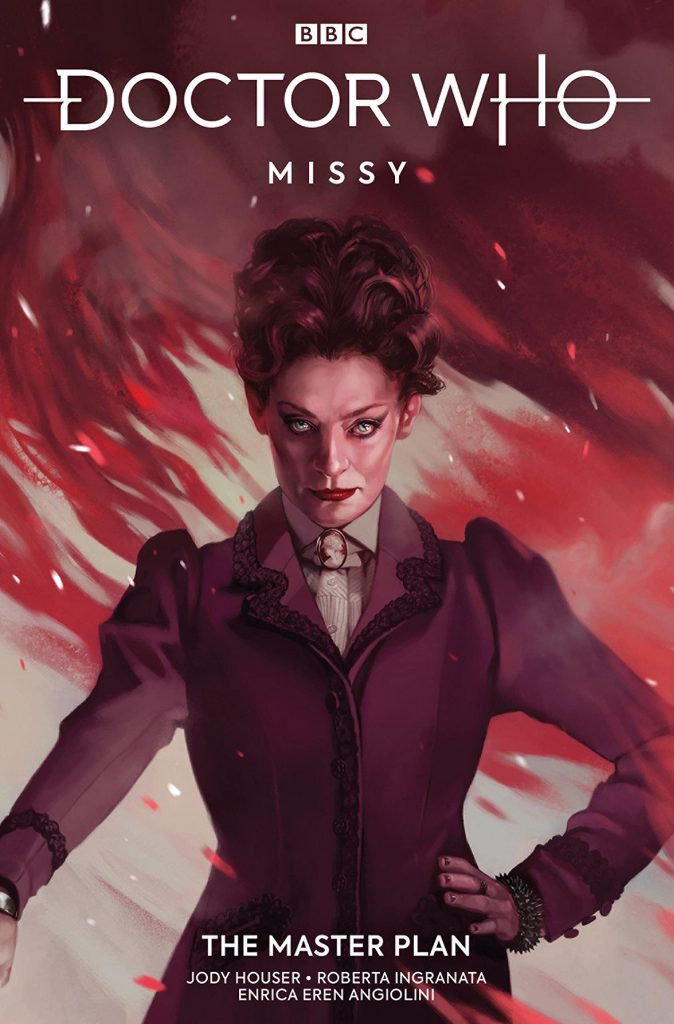 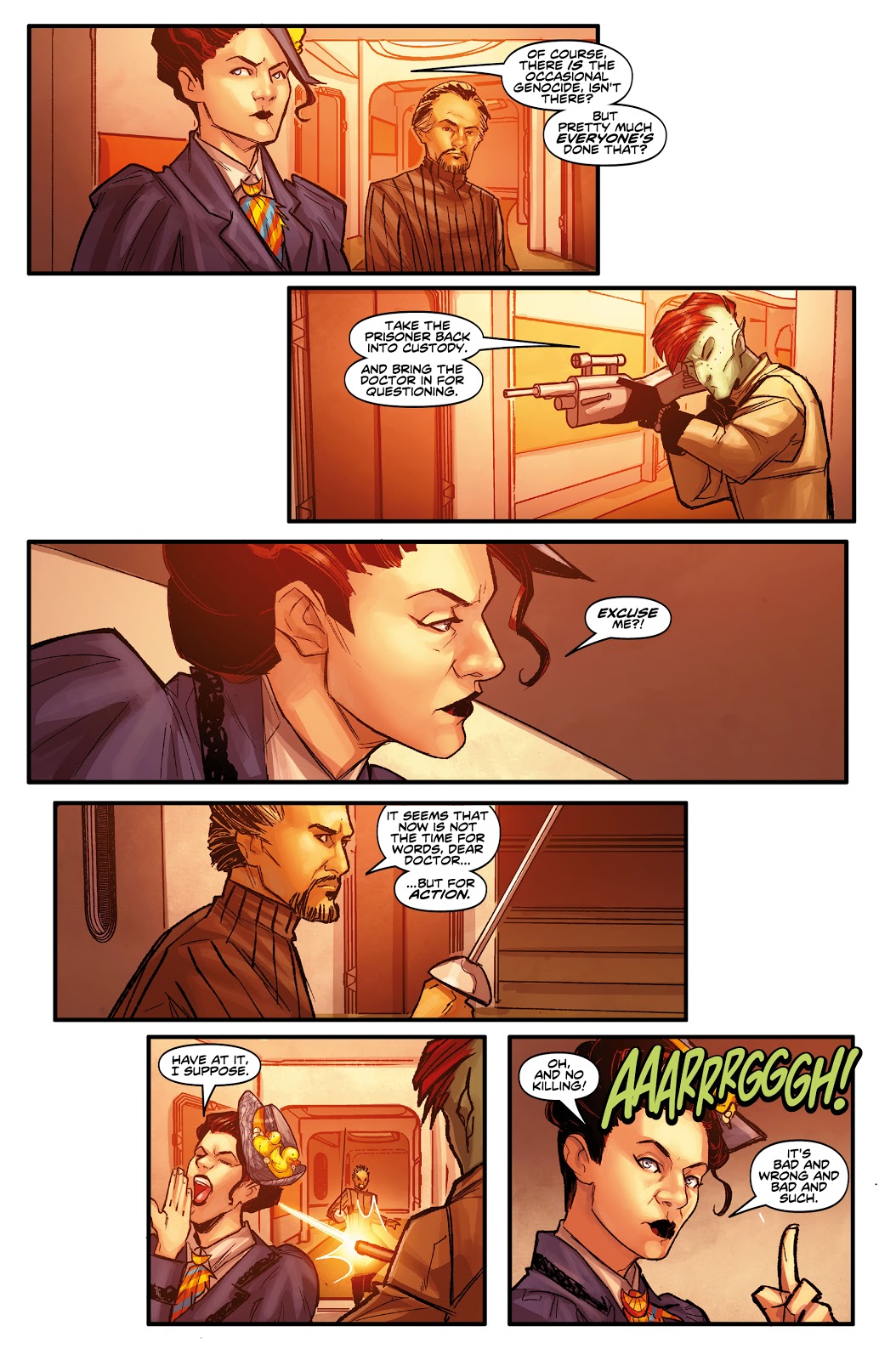 As played by Michelle Gomez, Missy is a strong contender for the most memorable villain introduced in the 21st century run of Doctor Who, complex and capricious, yet with a history dating back to a far earlier incarnation of the show. She and the Doctor are also the only two surviving Time Lords.

Jody Houser acknowledges Missy’s complications by starting her story in the era of the third Doctor, or perhaps more appropriately in the era of her earlier incarnation, the Master, jailed in the 52nd century. There’s no doubt about the scheming Master’s villainous intentions, but Missy has experienced a change of heart, and is attempting to act on the side of good for the time being. That being the case why would she want to free the Master to help her acquire the Key of Time?

With much of the first two chapters taking place in the same location artist Roberta Ingranata has few options for making the backgrounds looking very different, but when that changes there’s not any greater imagination. When looking at the characters from distance in the Tardis there’s more wonder applied to the surroundings, but she’s at her best when drawing portraits of Missy. While she looks exactly like actress Michelle Gomez in every panel, the likenesses of other actors aren’t as accomplished, with the third Doctor very weak. It’s as well most only appear in cameos.

Houser’s very good at Missy’s whimsical dialogue, veering off topic and flooding out non-sequiturs as a means of distraction. She’s also given a new outfit for a continuing masquerade that makes her resemble Mary Poppins more than anyone else. However, the entire plot is really little more than whimsy. There is a purpose, but one which, when revealed, most readers could have found easier routes toward, and the idea that Missy just wants to have fun – very Cyndi Lauper – isn’t enough compensation. It leaves this first Missy solo outing as diverting, but not compelling.