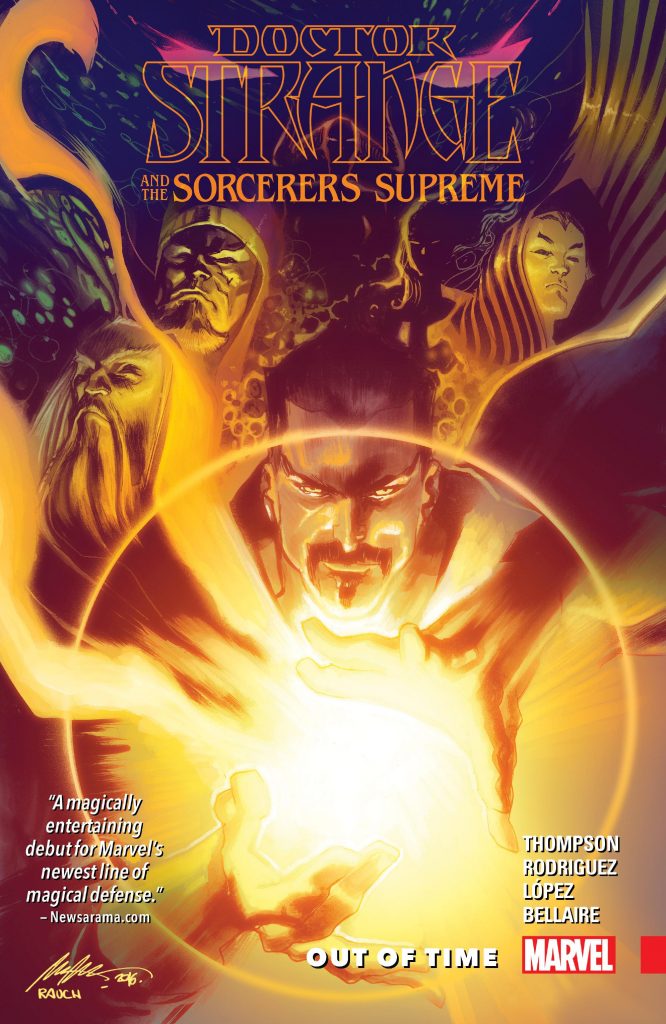 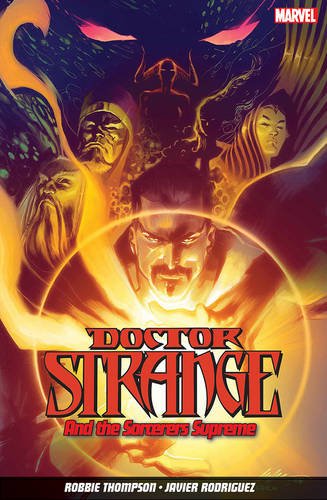 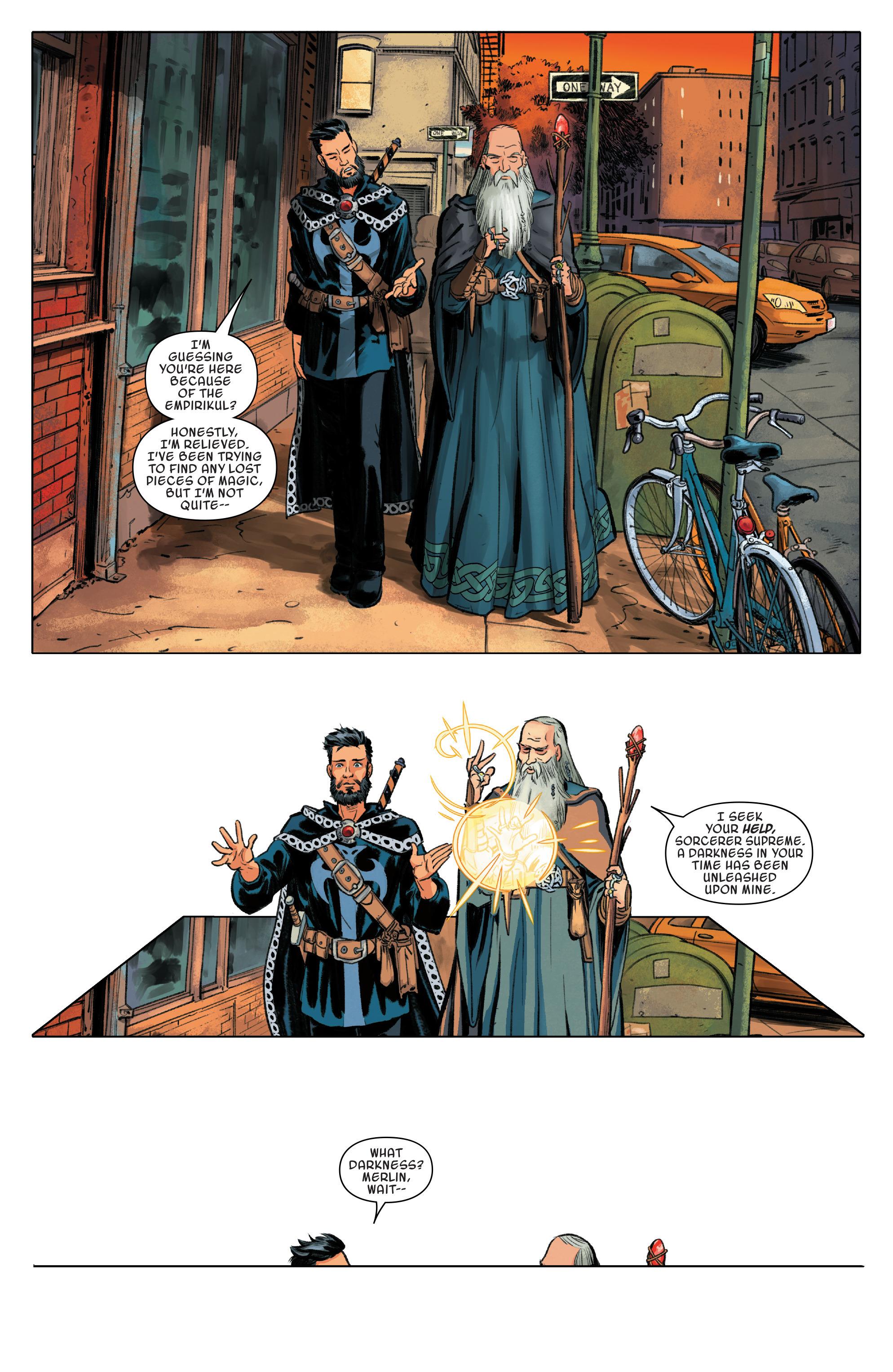 Around 500 AD Merlin imprisoned an ancient evil that couldn’t be killed. The theory was that while it couldn’t be killed, if it was imprisoned long enough, it would be forgotten and its influence would diminish. Of course, we know what happens to the best laid plans, especially in superhero graphic novels. This is Robbie Thompson’s lead in to a fantasy quest, one long graphic novel of Dungeons and Dragons.

Merlin needs help, so travels through time to summon the Sorcerer Supreme from assorted eras. Here we have a problem. If Merlin needs the Sorcerer Supreme, why does he pick the Doctor Strange of 2015 just after most of Earth’s magic has been wiped away (see Doctor Strange: The Last Days of Magic)? And why does he summon the Ancient One from an era when he was still young and barely tutored in magic? Put that to one side, and Doctor Strange and the Sorcerers Supreme engages. Thompson mixes some familiar characters, although not quite as we know them, with new creations displaying that sometimes magic has been shared with women in the past after all, and with Issac Newton. As the pages turn Thompson introduces the new characters, and makes it apparent that each is in need of something Merlin has promised.

Javier Rodriguez is very good at conveying the disorientation of magic. After all, if anything is possible, then why are practitioners shackled to conventional laws of three dimensional physics? Rodriguez draws some great Escher-like spreads, with characters upside-down and at 90 degrees to each other. That Thompson’s assembled and created such a distinctive looking cast only adds to the effect. Nathan Stockman’s work over a single chapter isn’t as good. His layouts are imaginative, but his figures sketchy and ungainly.

Issac Newton is a neat idea, and so is the idea of a puzzle book where you make the narrative choices for the final chapter. There is a viable threat and plenty of adventure, but Thompson’s plotting never escapes that Dungeons and Dragons feel where the characters are so busy rushing from one threat to the next that there’s never any time to think. This, however, isn’t an ongoing series, instead compacted into two books concluding with Time After Time. 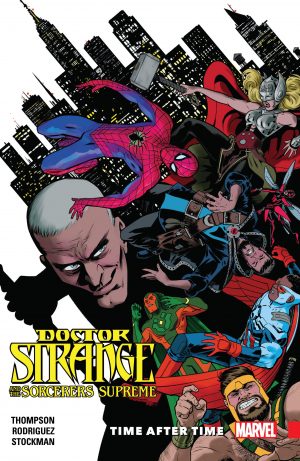