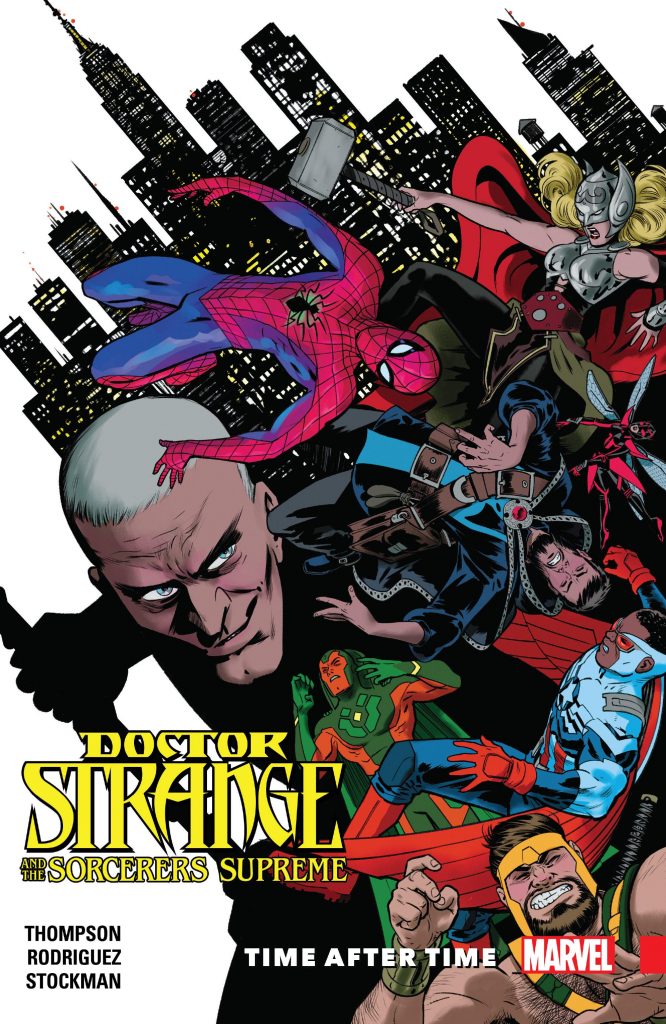 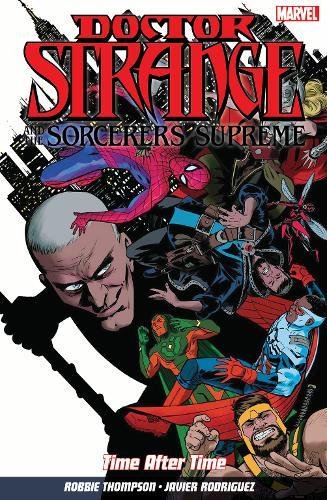 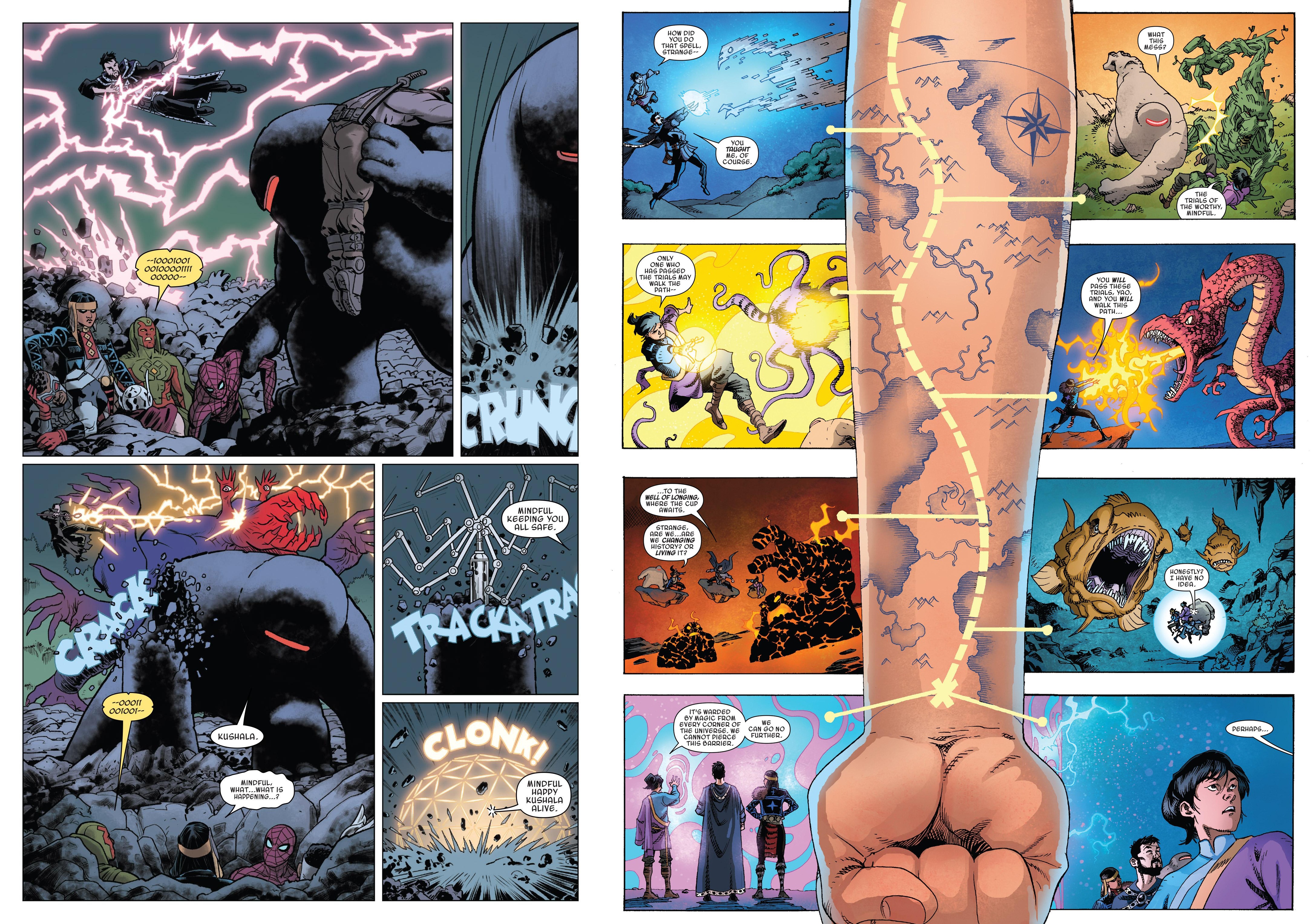 Via the machinations of Merlin assorted people who have been Earth’s Sorceror Supreme were gathered together to prevent an evil being unleashed in Out of Time. Unfortunately Issac Newton, yes that Issac Newton, has taken things a little too far, and transported himself to the present day along with a book containing the word of God. As thrilling as this may seem, it’s not really, as Robbie Thompson’s plot for the first two chapters of this collection reduce most of the cast introduced in Out of Time to supporting roles amid an ensemble of other Marvel heroes. Magic plays a part, but it’s not until the concluding chapter of this sequence that the title characters resume their prominence. Along with Howard the Duck. That’s followed by another all-out, slam-bang battle, this time in the future, in which the main cast are again sidelined in favour of that era’s X-Men. It leaves only the final two chapters concentrating exclusively on the cast as previously introduced. Thompson may well have wanted to play with Marvel’s other heroes, but this wasn’t the place to do it.

The revelation of Time After Time is the art of Nathan Stockman (sample art right). Javier Rodriguez (sample art left) was good last time out and he’s good again here, but Stockman’s single chapter was inelegant. Here you can see him improving, almost page by page. His layouts were the best of his previous contribution, and they’re more imaginative as his confidence grows, with a tour of Doctor Strange’s home a wonderful statement of intent. The sketchy, awkward figures are gone, and there’s some bravura storytelling. The only downside is that he’s not made allowances for how the printed pages will look when bound into a spine. Most of the final chapter is told by panels running across a spread, but he’s neglected to avoid ensuring that detail isn’t lost in the graphic novel. Letterer Joe Caramagna is equally guilty with his balloon placement.

Thompson established that each cast member has a problem they were concealing from the others, and a positive aspect of this collection is how they’re neatly sorted out. In dealing with these, Thompson provides an explanation, of sorts, for why when originally selected to be part of the team, not all the cast were at their peak. It’s unconvincing, smacking of closing an unconsidered loophole rather than integral plotting.

Time After Time has a few good moments, and the series introduced some viable new characters, but it loses its way by diversifying too far.