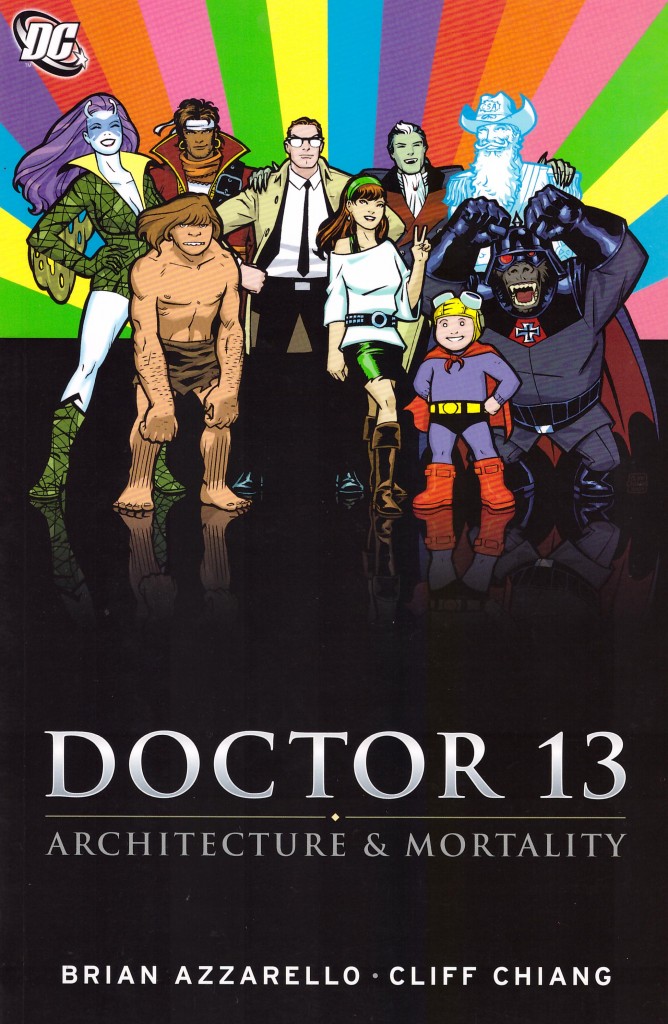 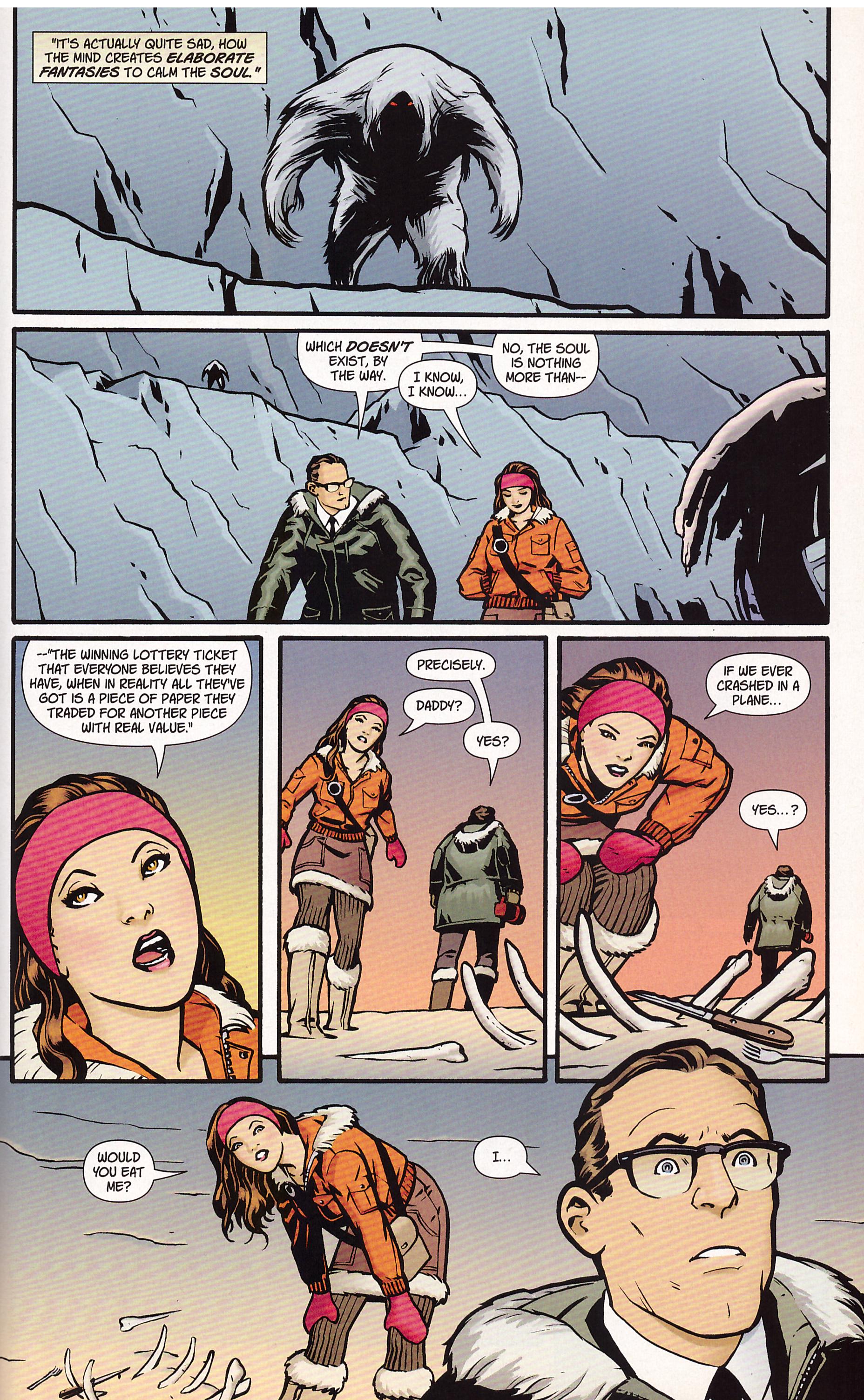 Doctor 13 is not your normal paranormal investigator, for starters not one who in any way believes in the paranormal, so more a myth debunker as he sees it. It’s a distinction Brian Azzarello enjoys playing with as time and again Doctor 13 encounters the unknown with a resolute inability to recognise it as anything other than a hoax, his immense learning forever rationalising.

The likes of co-stars Anthro, Captain Fear, Funky Flashman, Infectious Lass and Genius Jones will be known to only the most studious of DC fans, and this gathering of obscurities at first appears to be a shaggy dog story, but eventually has a purpose. There’s a commentary behind the parade of surreal events as more and oddities are thrown into the mix.

Given the use of clever variations on the titles of 1980s pop singles as chapter titles, it may seem the source of the series subtitle being Architecture and Morality is obvious, but Azzarello has gone further back. The principles of David Watkin’s book from where OMD took their album’s name are a guiding primer. Watkin railed against architectural dogmatism, among other matters the precept that new architecture must represent its era, and that’s central to the point Azzarello’s making, and why his story features characters DC’s swept under the carpet. He makes a lot of good jokes in exploring the shelf life of what was once vibrant and modern, taking a similar attitude to Grant Morrison in refusing to deny anything from DC’s past.

Cliff Chiang’s been an impressive artist from day one, and this collision of realities doesn’t faze him in the slightest. The way Chiang depicts them it’s easy to believe that the mounted ghost of a Civil War general belongs alongside a 21st century young woman and a vampire. They’re all true to their original identities, yet also fit the circumstances.

As the book continues the ever-growing cast are involved in escalatingly preposterous situations as Doctor 13 becomes ever more frustrated with reality refusing to conform to his immovable opinions. These vignettes are amusing, the comedy turn of the flustered man whose certainties evaporate always a success, but this isn’t all gold. Azzarello’s attempts at phonetic dialogue for cast members whose English isn’t a first language don’t always work, and there’s some feeling of flailing at injustice with a balloon. It isn’t even really biting the hand that feeds, more playfully gnawing at it as DC published his commentary for all the valid points made about continuity reboots. This makes it all the more ironic that Azzarello’s next collaboration with Chiang would be applying a creatively acclaimed spit and polish job to Wonder Woman.