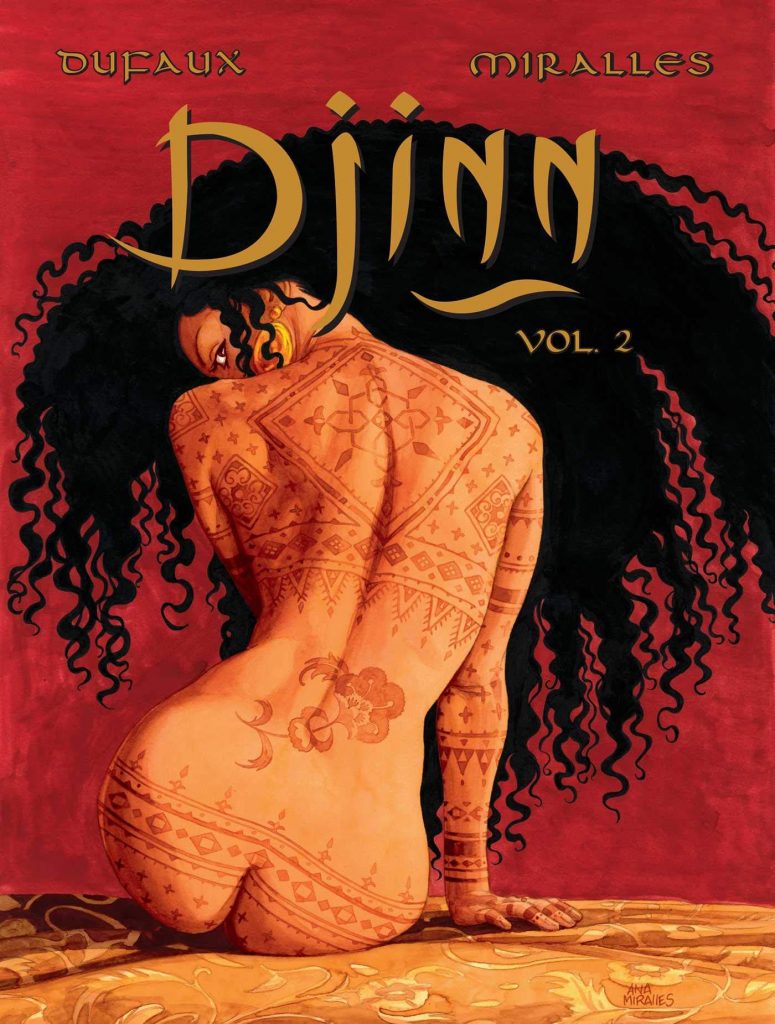 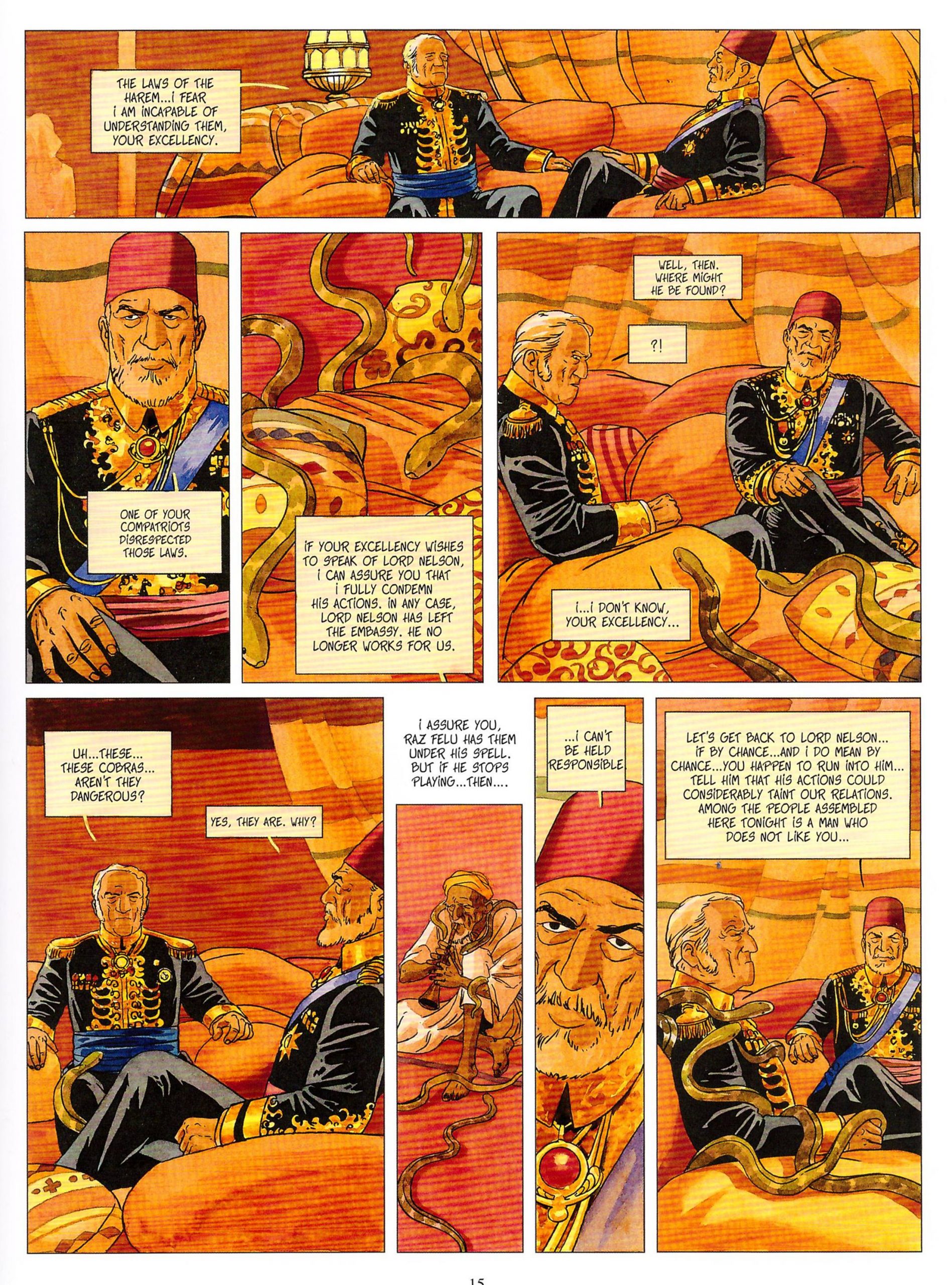 Just flicking through Djinn reveals the heavy sexual content, but that’s an essential aspect of Jean Dufaux and Ana Miralles’ steamy political thriller. It’s the type of sexual diversion found in any number of thriller novels, but the illustration renders it more alive and for some, provocative. It is, however, essential to a continuing tale of manipulation and intrigue over two eras begun in Vol. 1.

The opening four chapter arc of Djinn concludes here, combining two translated French volumes ‘The Tattooing’ and ‘The Treasure’. A hunt in the present day is weaved into events in Turkey just prior to World War I. Seeing the war coming, Turkey is being tempted into an alliance with Germany and the Sultan intends to provide a massive treasure haul as a sign of goodwill. However, despite this being due to British intrigue, the British hope to avoid this and are undertaking diplomacy. Sultan Murata sought to manipulate the British mission, primarily using the wiles of Jade, his harem’s leading lady and considered a Djinn for her ability to cloud peoples’ minds with her sexual favours. All went well at first with Lord Nelson humiliated, but he proved more resourceful than predicted, and instead of meekly surrendering has kidnapped Jade. In the present day Kim Nelson has willingly submitted to sexual ritual in order to discover more about her grandmother, hoping to learn the whereabouts of a long missing treasure hoard.

Clever narrative segues between past and present link a grandmother and a grand-daughter with a grandfather and a grandson. It leaves Kim at a disadvantage despite her quick wits, as the other three are very dangerous people indeed, and with considerable resources. Ebu Sarki, Kim’s present day captor and possible ally will remain a threat throughout the series, while the continuing tale of the past draws to a resolution in Turkey. The party sent to collect the treasure disappeared, and it never reached Germany, so what happened to it? The second chapter follows two treasure hunts and provides some details.

The art of Ana Miralles is deceptively simple and utterly gorgeous. It draws readers into events whether in the past or the modern era, and while it always looks lovely, the skill of the storytelling is only apparent when taking a pause to study it. Her work has an enviably thin ink line, and her watercolours add vibrancy and atmosphere. A strength is making people look distinct, and there’s a real work ethic in the full small panels that never seem cramped and in the small decorative details as seen on the clothing of the British Ambassador and Sultan on the sample art.

Hints of magical realism occur here, and throughout the series. Are people actually experiencing what seems to be the case? It’s playfully applied toward the end where we discover, in the short term at least, what happened to the treasure in the past. It’s been an absorbing and complex read, making good use of history and entrancing over four chapters in which several people have brought about great change. Vol. 3 has Dufaux and Miralles beginning their second four chapter arc in Africa. 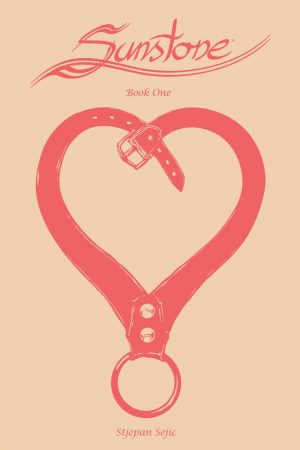