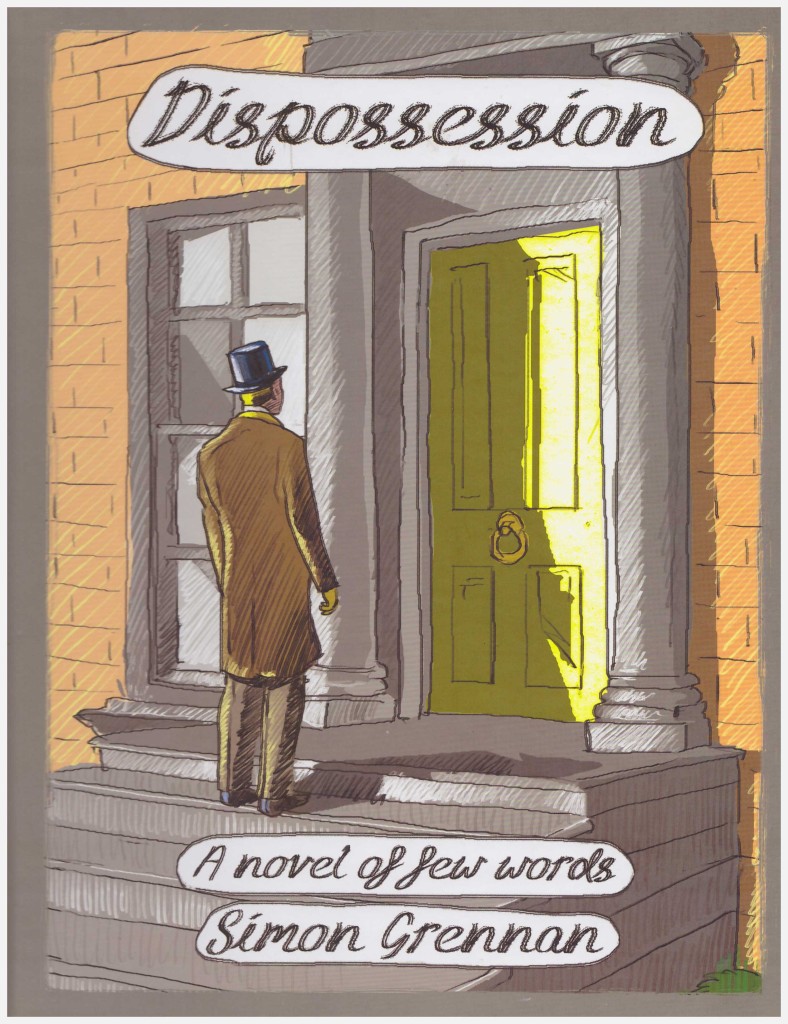 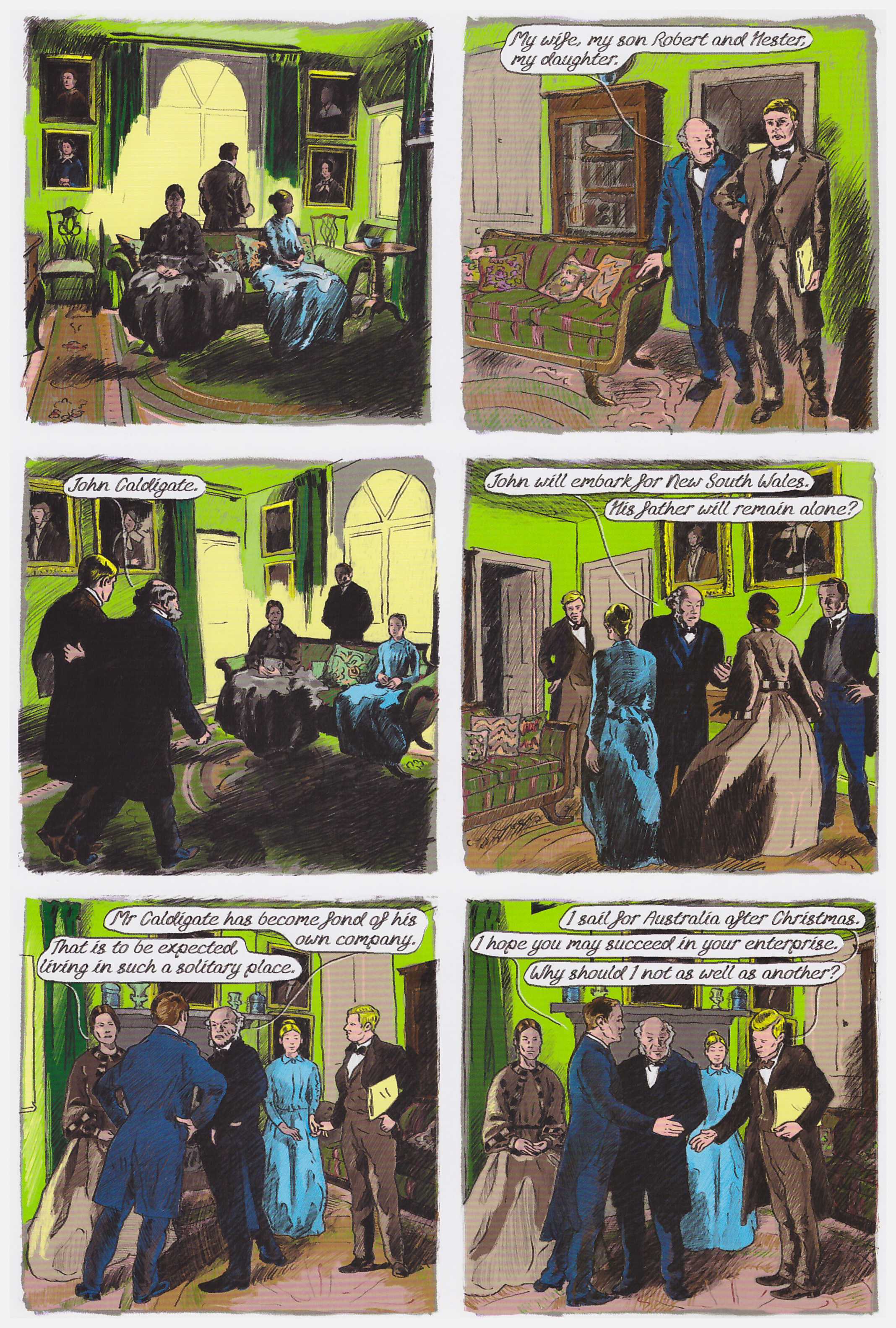 Dispossession has the quite eccentric origin, beginning with the bequest of a Dutch priest, a great admirer of Anthony Trollope, the prolific English novelist of the Victorian era. The bequest established a fund for Trollope studies at Leuven University and permitted the commissioning of Simon Grennan’s graphic novel as part of celebrations marking the bicentenary of Trollope’s 1815 birth. Additionally, as confidently asserted on the back cover blurb, Dispossession marks the first appearance of the Aboriginal Wiradjuri language in a graphic novel.

That alone indicates how Dispossession departs from its inspiration, Trollope’s John Caldigate, in which a significant interlude in New South Wales has no mention of an indigenous population. In his twenties, Caldigate lives a life of pampered indulgence despite estrangement from the father whose funds permit this, but his horse racing debts eventually require settling and this is beyond his means. An arrangement is reached with his father, and Caldigate departs for Australia, resolved to try his hand at gold mining.

Working with a six hundred page novel and with his own elements to add within a fifth of the page count, it might be expected that Grennan’s pacing would be rapid and transitions frequent, but this isn’t the case. He conveys much visually, but the pacing is as lethargic as Trollope’s novel, distancing the drama. It’s further slowed by Grennan’s aboriginal inserts, counterpointing the Victorian emotional repression with what’s an odd mixture of East Enders style passive/aggressive relationships serving as social commentary. There’s considerable racy content (for the times) in the original, and the bigamy and brutality still resonate today.

Where Dispossession fails is via the characterisation. Trollope’s novels combined drama with simmering passion, yet passion is almost entirely absent here. We’re convinced that Caldigate is stubborn, headstrong and self-serving, but any deeper motivations are absent in his matter of fact dialogue. There’s no compensation in the art, which never closes in beyond full figure, rendering facial expression almost meaningless, so characterising via posture alone, and this is virtually impossible in any effective manner within the chosen format. It’s a fatal flaw.

The illustration harkens back to the formality of engraved 19th century cartoons, the period effect heightened via use of a distinctive lower case font and long trailing tails to word balloons. A background essay concluding the book also cites the paintings of Gustave Daumier as an influence, along with the comic artist Blutch. As individual illustrations the panels are impressive, the stiffness of the figures and the distancing view representing the imposed formality of the era. However, prioritising the artistic statement of a uniform look throughout substantially impairs narrative considerations, and reduces Dispossession to far less than it might have been.