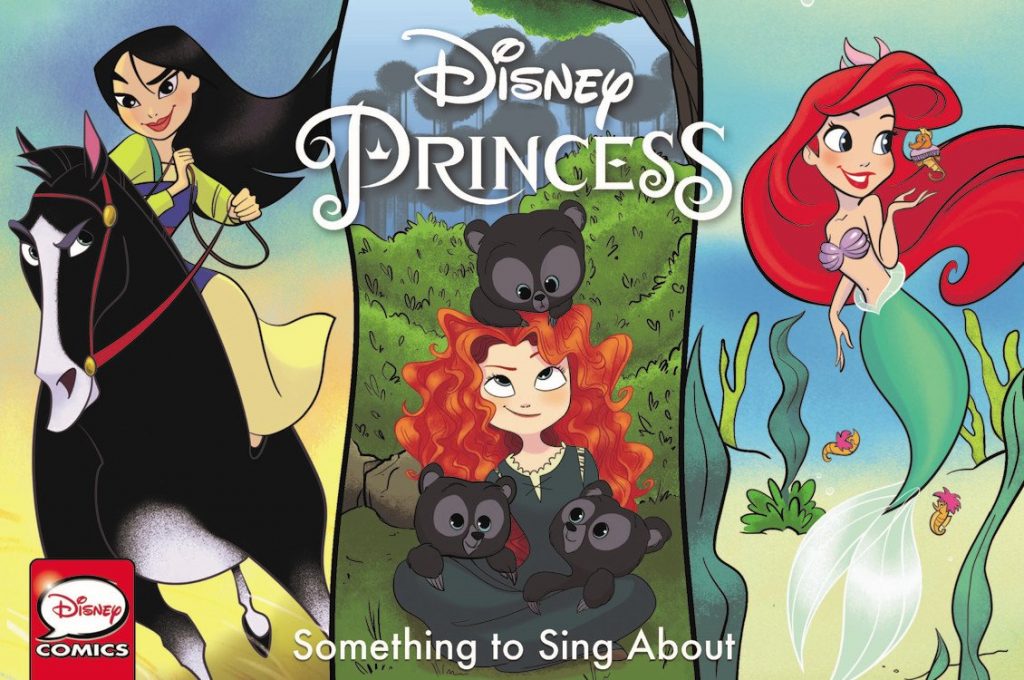 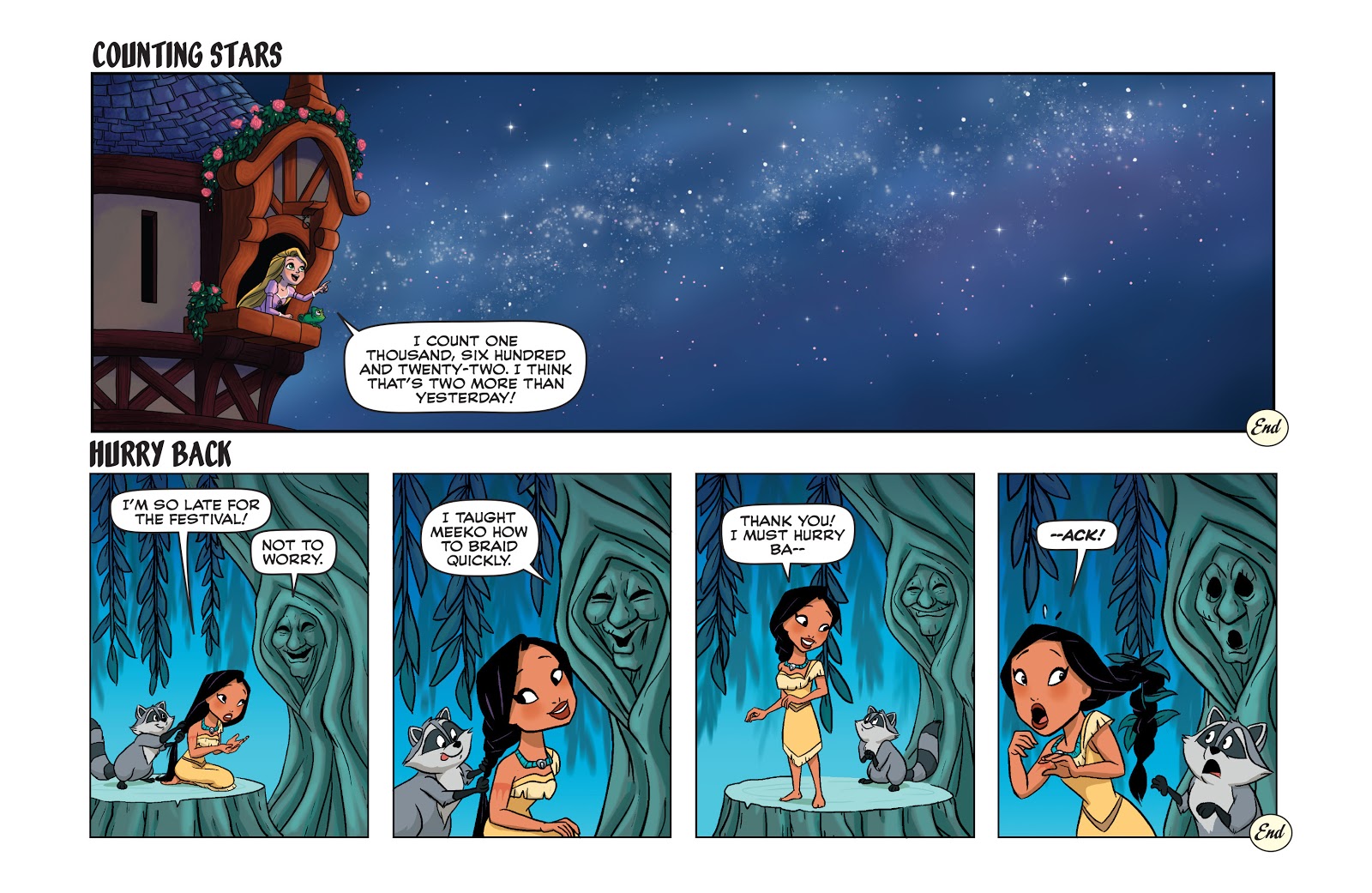 Although titled differently, this is to all intents and purposes the third volume of Disney Princess: Comic Strips Collection. It’s produced in the same landscape format, and again mixes four panel gag strips with slightly longer stories, although some of these also prioritise a joke every four panels. In order to include as many of the leading women from Disney films as possible, a broad view of what constitutes a Princess is taken.

However, there’s a big difference to this collection because it’s the first that Amy Mebberson has no hand in. It’s a shame. All her replacements are decent artists and work to the style she established, prioritising clarity and generally happy people, but there’s an absence of her clever touches like colouring Snow White strips with a greater richness to resemble the original movie. Moreover, the artists are slightly inconsistent in the way they draw the characters. They aren’t credited for individual strips, so there’s no knowing who draws Snow White’s head disproportionately large or a stunted Jasmine.

Writer credits aren’t attached to individual strips either, but there are a dozen of them, one of whom has a neat way of inducing heartbreak. The sample strips include Rapunzel trapped in her tower counting stars, which isn’t an especially funny gag, but consider her circumstances and it’s both clever and extremely bleak, not the usual feeling generated by a graphic novel starring Disney Princesses. Far more frequent, though, are writers churning out more obvious jokes, even a couple of rimshot specials, and some that are just feeble, which wasn’t previously the case.

Another change from previous books is that instead of random strips scattered throughout the book, a selection of jokes starring the same character are likely to be grouped together in batches of ten strips over five pages.

The young girl readers at whom this content is aimed aren’t likely to notice the dip in quality, but it’s there, so if you’re buying one of these collections for a child, start out with an earlier volume.