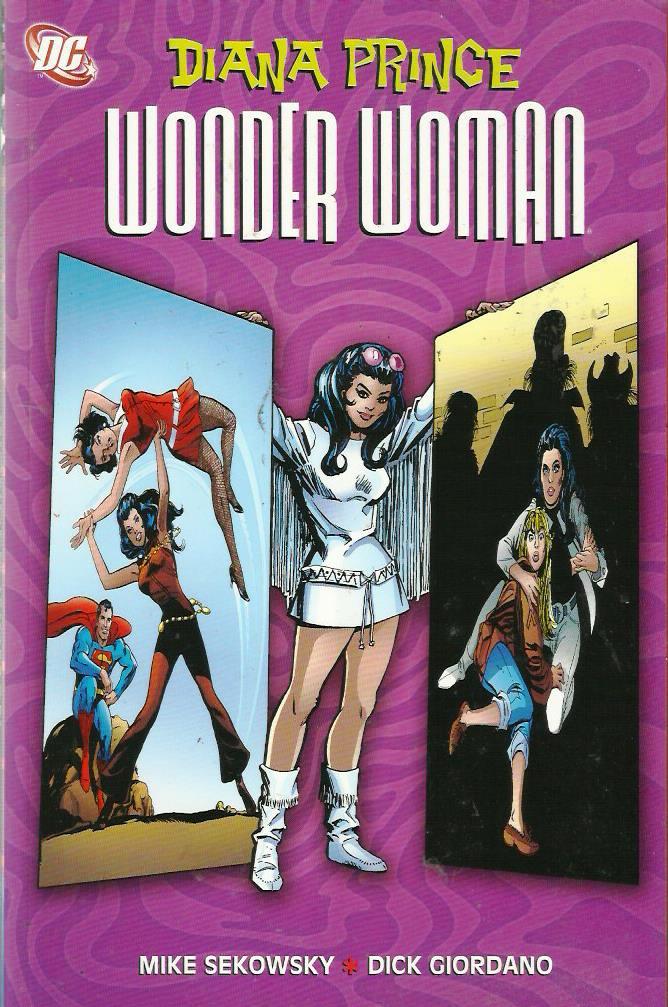 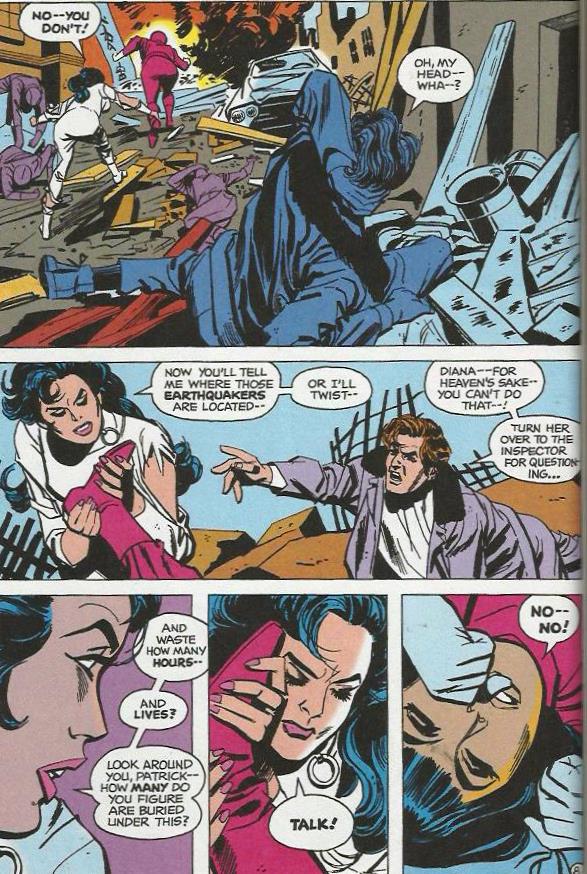 This second volume of four continues the adventures of the ‘New’ Wonder Woman as a non-super-powered, martial arts super-spy and fantasy heroine. After a succession of ‘mod’ outfits in the previous volume,our girl settles down into the white jumpsuit which would become her most common action gear (with minor variations), and her de facto costume in guest appearances.

It’s a distinctive look. Too bad it wasn’t actually hers. In 1966 a back-up feature debuted in Gold Key’s Man From U.N.C.L.E. comic: Jet Dream and her Stunt-Girl Counterspies, surely the series title most demanding of careful enunciation ever! Jet and her team were sort of the Blackhawks as laydees, international glamour gals, pilots  and crime fighters, and their early adventures were illustrated by none other than Mike Sekowsky, who gave the raven-haired Jet, the leader, an all-white jump-suit and a distinctive tied-back widow’s peak hairstyle. Sekowsky gleefully cut and pasted these attributes on to Diana Prince just over a year later, when he was writer, artist and editor of Wonder Woman, his early scripting collaborator, Denny O’Neill, having stepped aside.

Borrowed finery aside, what were the stories like? Excellent! Sekowsky proved adept at switching settings and introducing themes previously unseen in comics, such as the street-level ‘Them!’, a (carefully-codified) gang of lesbian sadists who preyed on runaways; a stroppy carousing witch, Morgana, who frankly was such a big personality, she should have gone on to better things; and an invasion of Red China, in order to pursue and thwart the ongoing schemes of Di’s arch-nemesis Doctor Cyber. Fresh and fast-paced, these stories carried a punch and immediacy the series had long lacked, and as previously, Sekowsky proved adept at switching between espionage, street crime and high fantasy without missing a beat, his vital and energetic artwork keeping pace with his scripts.

In addition to the regular Wonder Woman issues, this volume also reprints a couple of significant guest-appearances; one, from Lois Lane, in which Lois becomes convinced the ‘new’ Wonder Woman (whose identity suddenly seems to be public knowledge) is a rival for Superman, is nonsensical, but the other, from Brave & Bold, is by O’Neil and Sekowsky, and is almost a ‘bonus’ issue of Wonder Woman, with a little extra Batman thrown in.