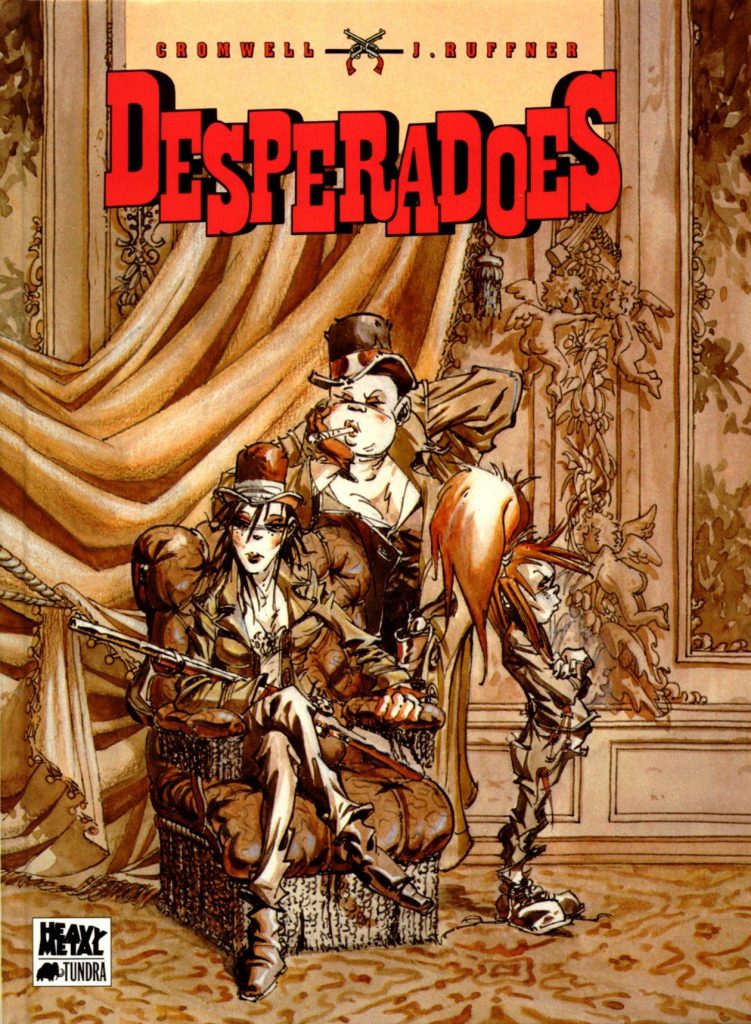 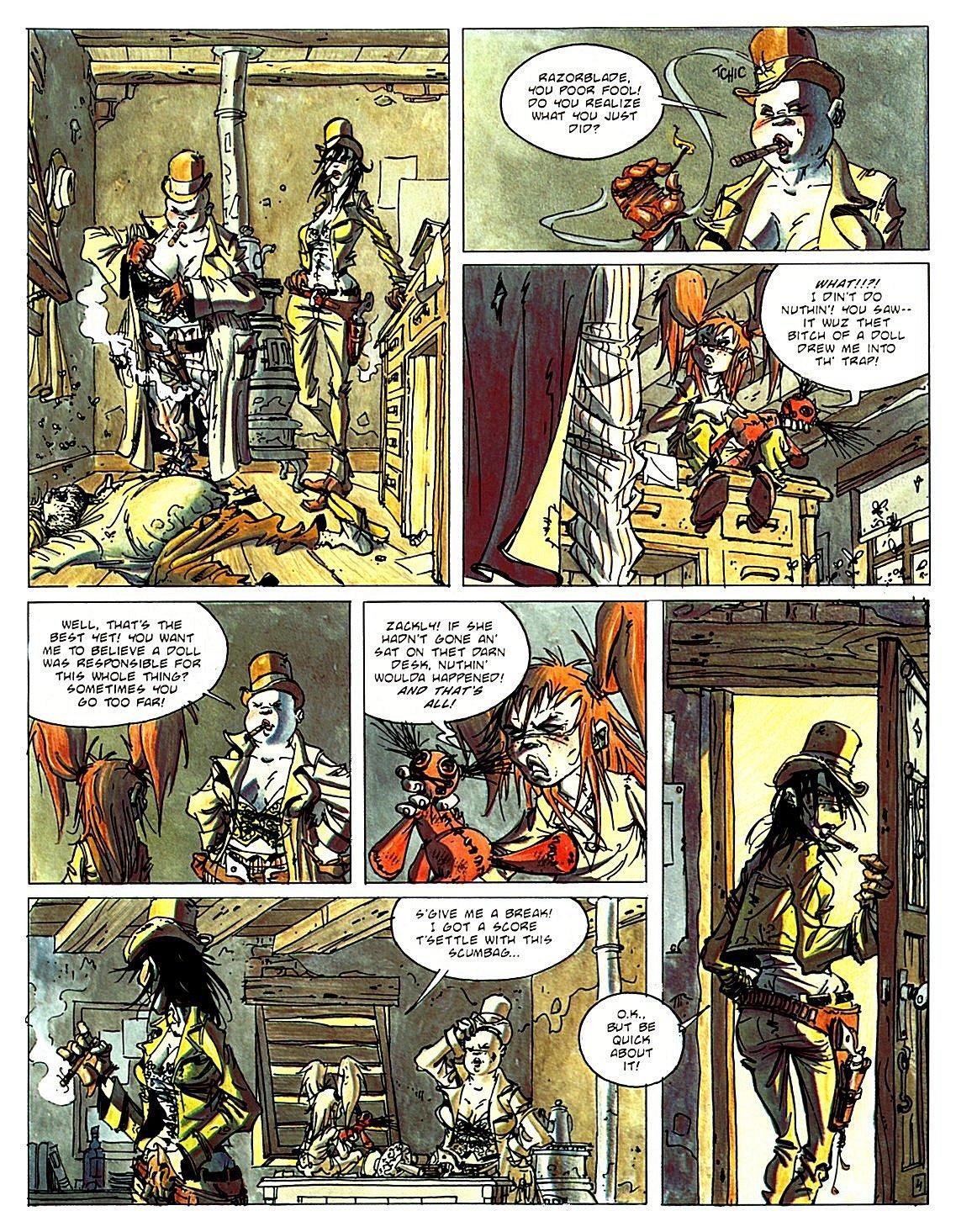 A fabulously scuzzy style characterises the busy cartooning of Didier Cromwell, who uses impressionistic techniques and figures in constant motion to bring the old West to life in this tale of three female outlaws. Cromwell ensures every character in Desperadoes is visually distinct, each dripping with greater personality than the last, and each flawed and physically distressed. At times he wears his influences on his sleeve – the butler on the motorcycle with sidecar from The Aristocats seems to have struck a chord – but the look of this book is fantastic, which makes it a shame that Joe Ruffner’s plot doesn’t really match the visuals.

Bertha Lou, Prickler (modelled on artist Edith Grattery) and Razorblade are the trio of outlaws who hear of a massive gold shipment due to leave Palomino City, and they aim to get it. The youngest, Razorblade, is Harley Quinn before she was created, a hyperactive young bundle of spite who antagonises everyone she meets. Bertha Lou shaves her head, is the planner of the group and occasional voice of reason, while Prickler can think on her feet and take command. While they size up their heist they’re in turn being targeted by an eccentric old bounty hunter and her hyena.

The set-up is good, the cartooning is fantastic, but it somehow all slips into predictable gags, and obvious plot twists. The French allegedly love Jerry Lewis movies, and that’s the type of slapstick funnelled into Desperadoes, which proved popular enough to ensure two sequels, after which Ruffner changed his alias to Eric Gratien, and produced the even more successful Anita Bomba series with Cromwell.

Great to look at, but disappointing to read, and not to be confused the US Desperadoes. 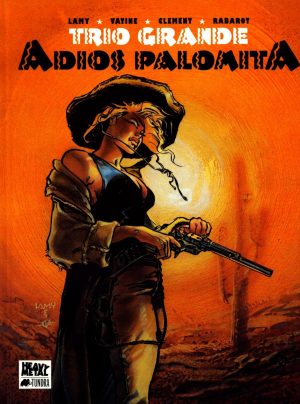