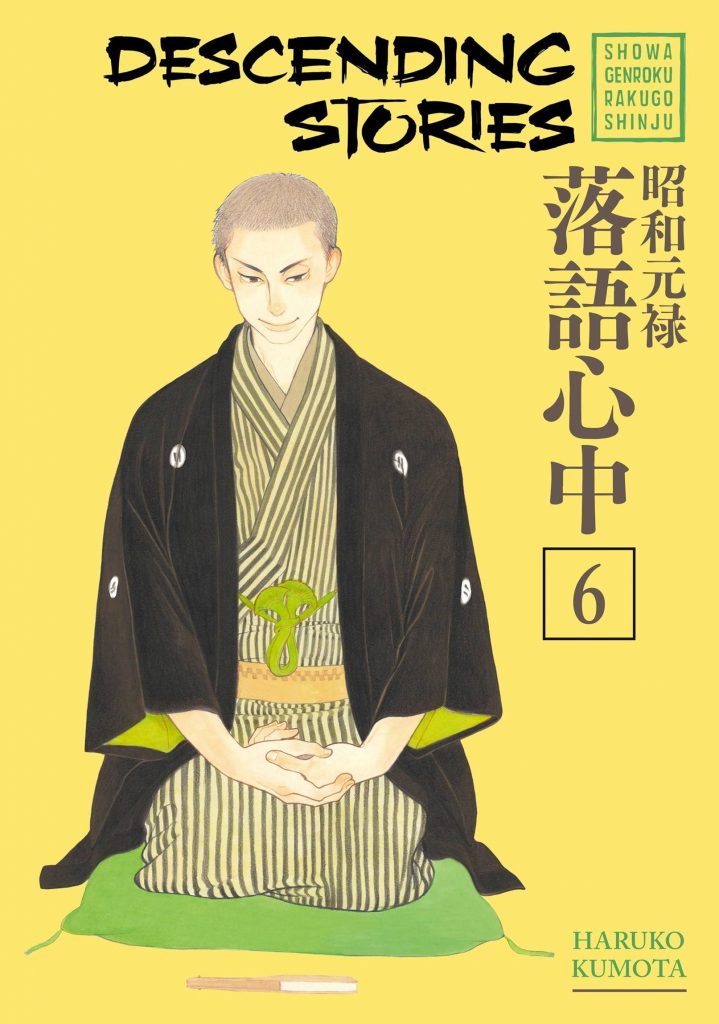 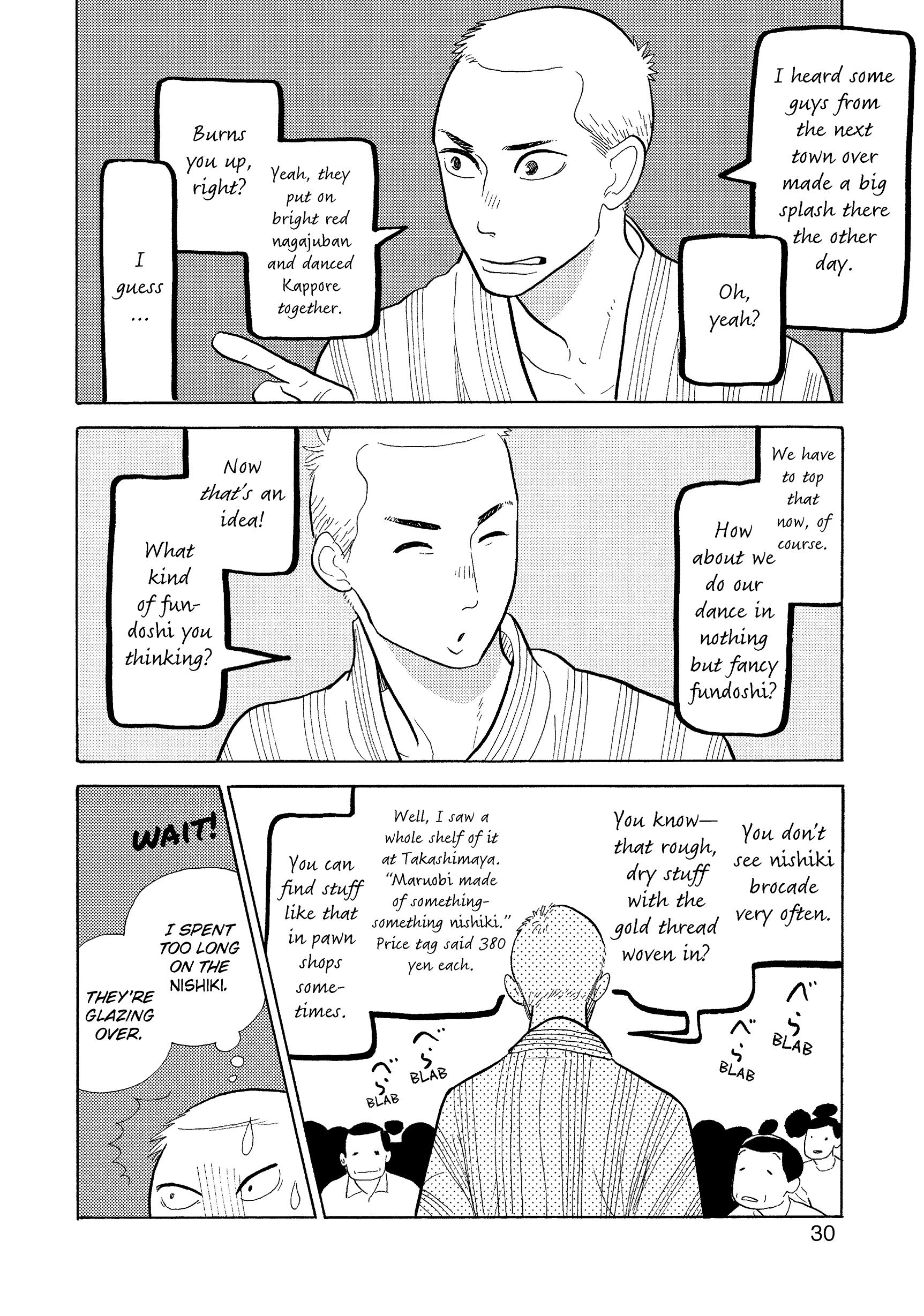 The revelations from the past were followed by one present day stunner in Descending Stories 5, as Konatsu sprung a hell of a surprise, but refused to disclose the entire story. There’s a slight leap forward in time again here, Yotaru and Konatsu now married, his career taking off, and Yakumo looking a little older. As in previous volumes, the subtlety of the Rakugo performances is a highlight, and the sample art displays a difference in tone. Until now Haruko Kumota has concentrated on the performance alone, but here Yotaru has something on his mind, so there’s a parallel narrative of him assessing his show as he carries it out. Also notable is a later scene perhaps answering a question readers may have had over previous volumes regarding why the uneducated Yotaru is such a talent. Enthusiasm only carries a person so far, but Yotaru is satisfyingly logical when explaining how he studies the spoken rhythm of the stories he relates even if he doesn’t understand their full meaning.

That’s tied into Yotaru’s past, which comes under scrutiny as a consequence of his rising fame. We know from the opening volume that he’s been in jail, but while we’ve learned why, the bigger picture hasn’t been extensively explored. There are references here, and it leads to Yotaru endangering himself. As with everything else about Descending Stories, it’s very understated, not an action highpoint, but the danger transmits.

Perhaps more than any previous volume it should be noted that Descending Stories is best read from the start. Anyone picking up an individual volume can see the delicacy of Kumota’s artwork, but the carefully cultivated emotional tension will be absent, as will appreciation of how Kumota builds on what she’s already presented. Sometimes he recontextualises, and sometimes he points out what might have slipped by before. In the final Rakugo performance here he manages both simultaneously, which is some narrative trick.

This is another compelling outing, and it clarifies that almost everything we’ve seen feeds into Yotaru, even when he’s been absent for several volumes. He’s been on a steep learning curve here and we see the results in Descending Stories 7.