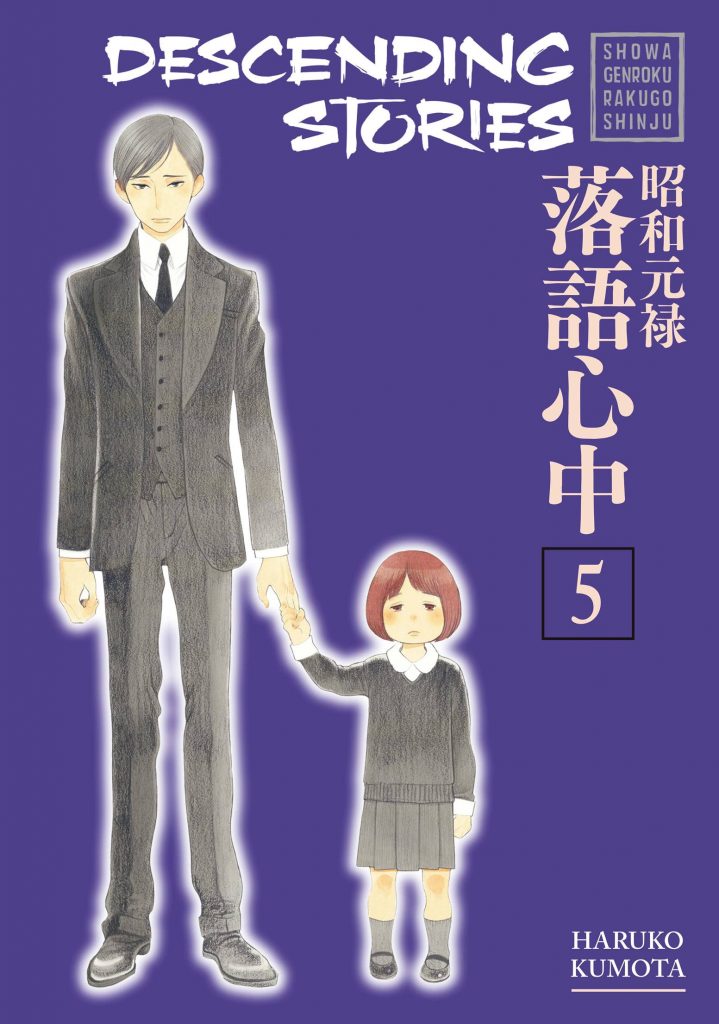 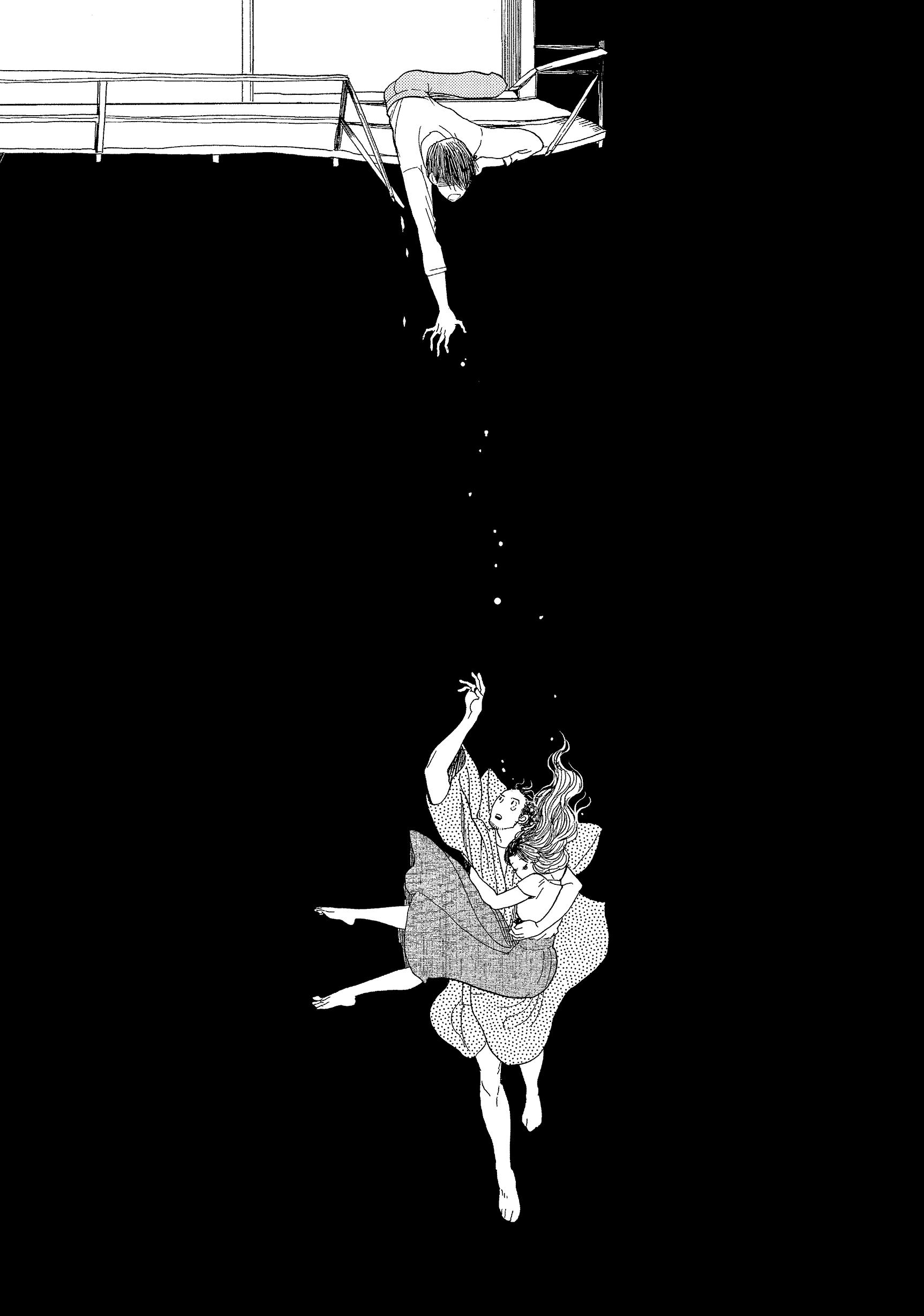 Because Descending Stories began in the present day before its long detour into the past, readers have been aware that appearances to the contrary, the events of the past don’t end well. Desecending Stories 4 showed Yakumo locating his old friend Sukeroku and persuading him to once again take up Rakugo, and Haruko Kumata’s opening chapter here is everything that might be expected from the tragedy. There’s the set-up, the triumph and the tragedy, beautifully compact in under fifty pages. As well as being Yakumo and Sukeroku’s tragedy it’s also Konatsu’s tragedy, as we learn how she came to live with Yakumo, and the deep resentment she has for him. When seen as an infant she solemnly swears to kill him.

With the past revealed Kumata switches back to the present, although several years have now passed. Kumata has supplied a deep understanding of why the now older Yakumo would take on Yotaru as his assistant, the short being he sees so much of Sukeroku’s confidence and unhoned talent within him. It’s displayed during scenes of Yotaru performing, his expressions far broader and his gestures more obvious, and this is contrasted by a later performance of Yakumo’s. If Yotaru is exaggerated, as he ages Yakumo has become ever more restrained and repressed. He realises this and harbours some guilt about being true to himself while being unable to match Sukeroku’s natural personality. It informs a considerable decision.

Because Yotaru is a more comical character, one who wears his heart on his sleeve, the focus on him completely changes the tone of Descending Stories. It’s more upbeat, although remains wistful in parts, especially with a discussion about the future of Rakugo in the television era. That, however appears to be a prelude regarding what’s needed to keep the three hundred year tradition of Rakugo alive. Descending Stories 6 will provide the truth of that.

After the emotional depth plumbed in the previous book, not even the concluding chapter of past events can match it when coupled with the more upbeat tone of the present day. Kumota continues to weave a spell, though, and this is very much a transition volume.

Much of Descending Stories concerns the possibility that Rakugo will die out, whereas the truth is that in modern Japan it thrives, and as the bonus material Kumata supplies a guide to the current situation. 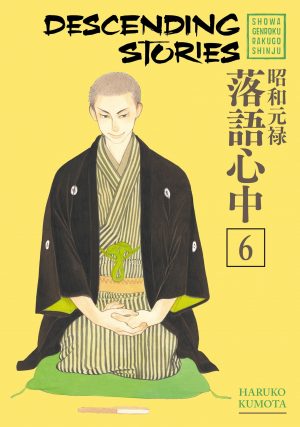 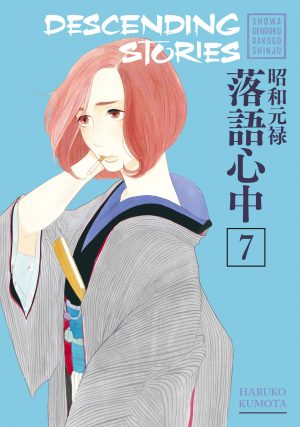 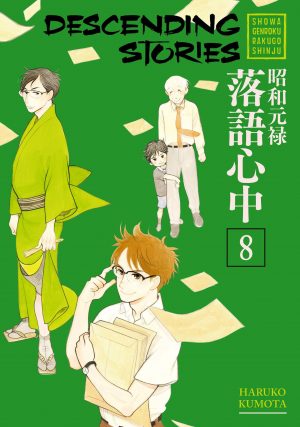 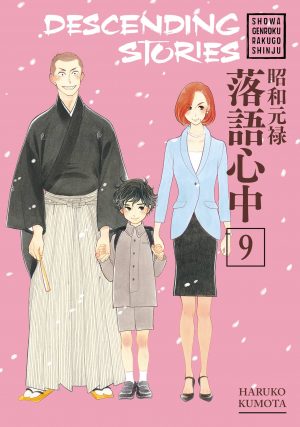