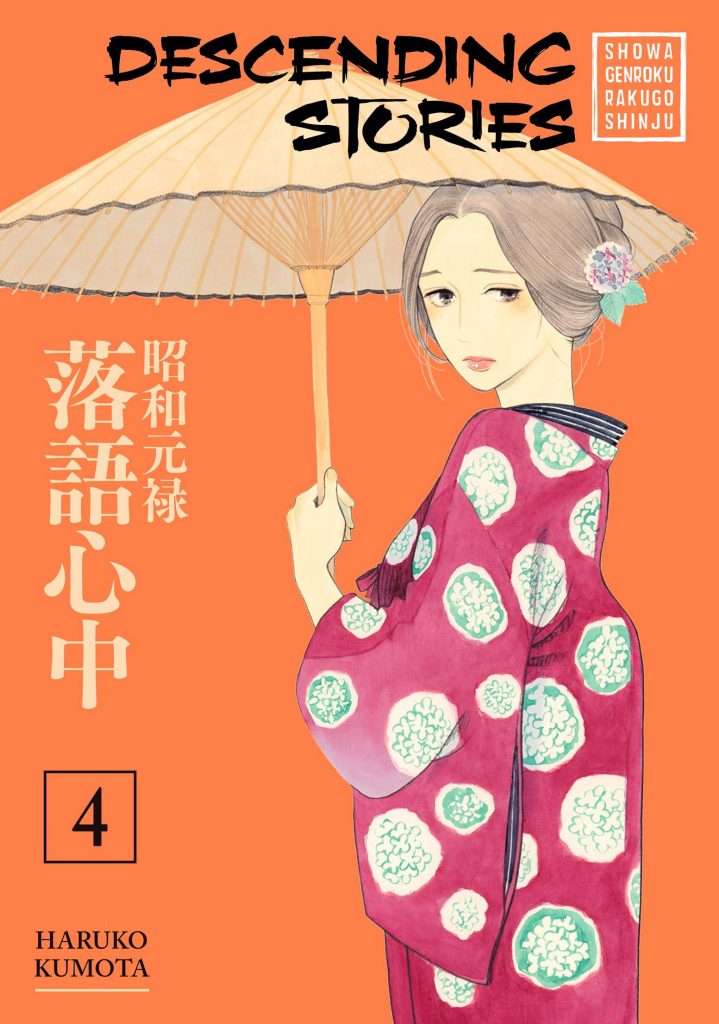 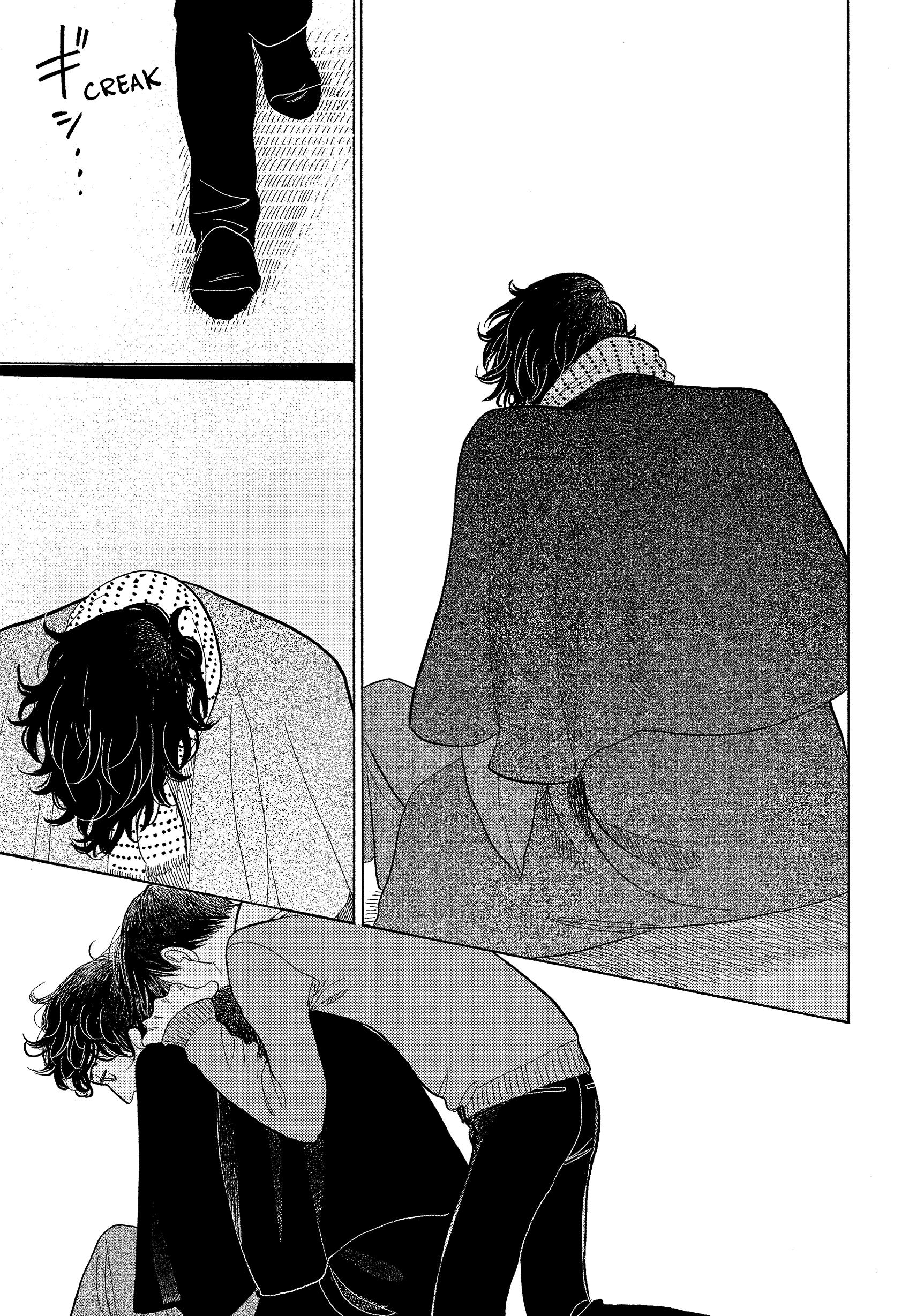 Descending Stories 4 is the penultimate selection of chapters concerning the past of current Rakugo master Yakumo, detailing how he achieved that position, and how in parallel a friend he considered even more talented did not. Descending Stories 3 showed Sukeroku deliberately provoking the Rakugo establishment, hidebound with tradition, which led to expulsion from his apprenticeship. He’s also taken up with Miyokichi, rejected by Yakumo despite his love for her, due to his feeling he’d never become a Rakugo master if distracted.

Haruko Kumota jumps forward an unspecified time from the end of the previous book, when the old master intends to pass on the Yakumo honorific to the man we know as Yakumo. There’s such a great subtlety to both Kumota’s art and plot, and the timing of when she chooses to drop her revelations is exquisite. Just before halfway Yakumo, and the readers, learn something only one person has previously known, and it redefines and explains much of what we’ve read about Sukeroku’s past. It’s embedded in chapters that show Yakumo coming into his own and taking the step from exceptionally skilled apprentice to master, and once again Kumota places Rakugo performances at the centre of his stories. These comment on or reflect the circumstances of Yakumo’s life so well, also offering the bigger perception of Rakugo being his life, although it’s a be careful what you wish for situation.

After four volumes there could be an expectation of where Kumota is heading with the general plot, but she confounds a couple of times here, most spectacularly when Yakumo decides it’s time to reconcile his past. In terms of what’s been passed on about Rakugo tradition, it’s genuinely shocking, yet also explains much of what we’ve read in the opening volumes set in the present. There’s a torrid intensity to subsequent scenes as well, but they’ve been beautifully set up by those opening volumes also. We know Sukeroku’s story has no happy ending, and watching the revival of hope under those circumstances supplies a tragic pall.

Descending Stories is constructed to be read from the start, and just picking up this volume won’t provide the full experience, but it’s the best to date, with a great emotional torrent suppressed beneath propriety. Descending Stories 5 concludes the trip back to Yakumo’s past, and it’s not going to be cheery.