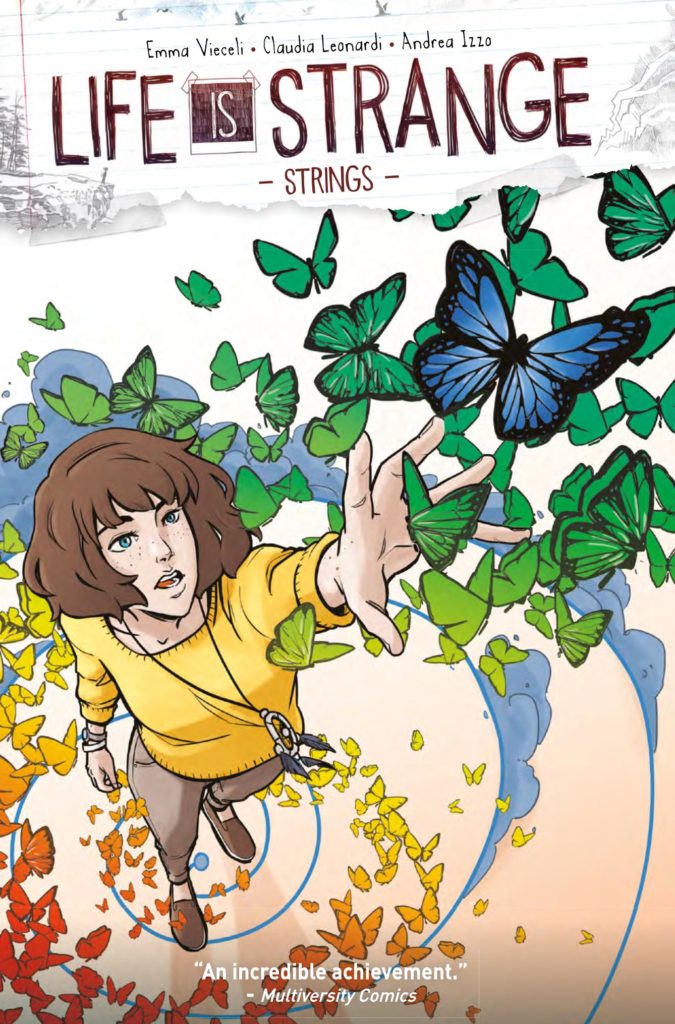 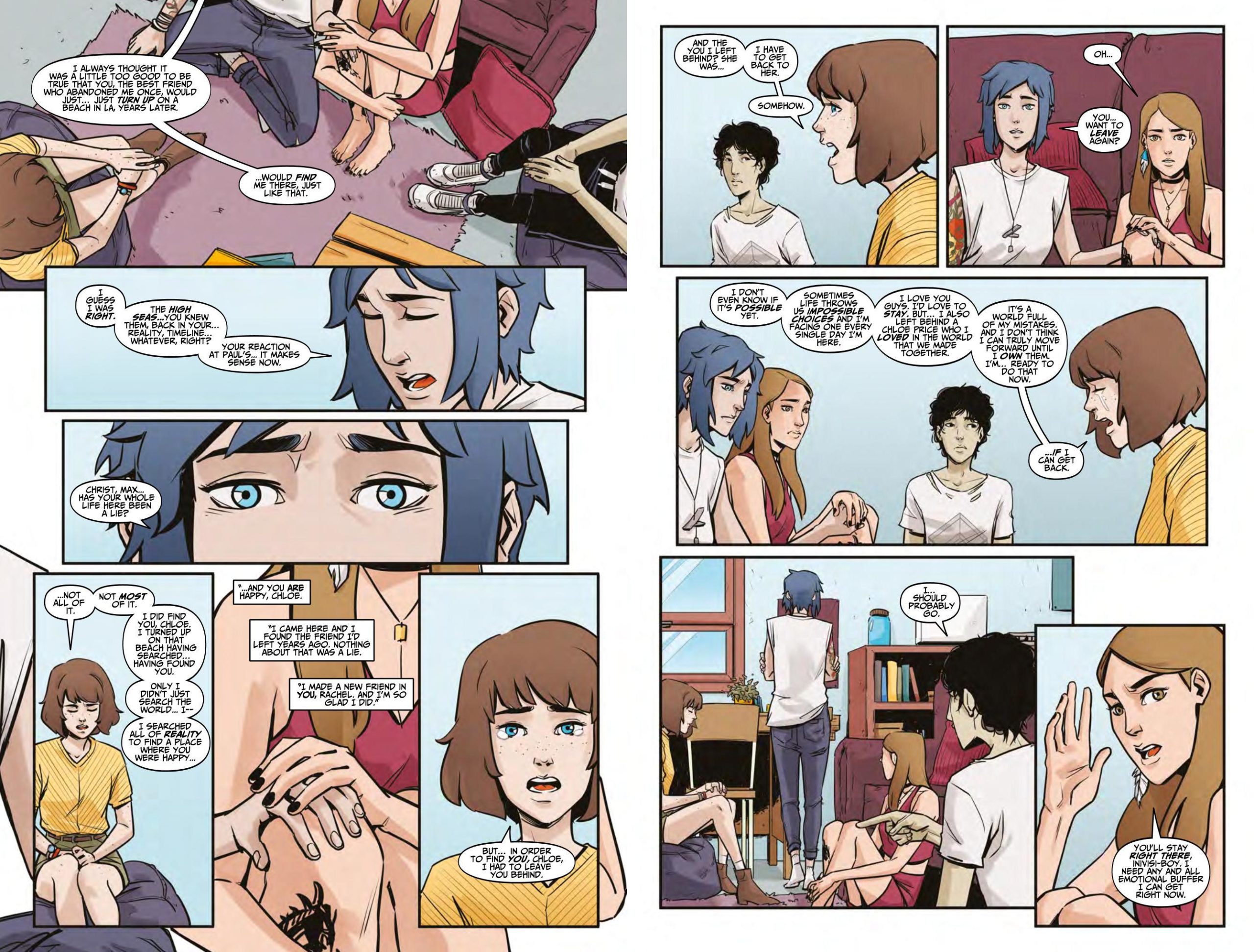 It’s a rare project sourced from a video game that transfers so successfully to graphic novels that you’d not know its origins. Life is Strange qualifies. Over the three volumes, with a little backstory in the first, it can be read entirely lucidly as a drama about a woman who just happens to rewind time, in effect hopping through to alternate universes she creates. However, this comes at a cost. Waves ended with Max revealing the truth to her friends Chloe and Rachel, and Claudia Leonardi’s sample pages deliver some closing moments from that conversation. The wild card is Tristan, a boy who can turn invisible, and whose life Max has just saved by turning back time again.

While a synopsis of the story to date is provided, Strings would be a strange place to begin learning about Max and her talents, and while they provide an exotic backdrop, the strength is the bonds Emma Vieceli builds between Max and her friends. Life may be strange, but in most respects it reads like a well crafted slice of life drama, with all the twists that implies. Vieceli has a light touch with her naturalistic dialogue, an especially neat line having Chloe refer to Max’s abilities as “widdly-wooping away”, and she’s subtle with what she’s doing. So many small touches accumulate building the world and the characters, such as Tristan’s progress, and a comment about Ophelia ringing chords, then a neat anecdote about Russian Grand Duchess Anastasia. It’s nice how the personalities one might expect from a touring band play against type, but actors live up to them. Vieceli also knows exactly when to twist the knife.

Max used her powers to save her girlfriend Chloe’s friend Rachel, yet the way time has twisted where Max ended up, it’s now Chloe and Rachel who’re partners, but old attractions remain. Because there’s such a strong emotional subtext to Life is Strange it needs Leonardi to ensure it doesn’t drop into melodrama, and she’s great at drawing likeable people we can root for. Interestingly for a graphic novel, or indeed any story, over three volumes of Life is Strange we’re supposed to like not only all the primary cast, but most of the secondary cast as well. This volume has an out of control ego, but no manipulative villain.

The idea originally seemed to be that Life is Strange was to be a trilogy, but it’s going to take at least another volume to sort everything out, and that’s good news. Look out for Tracks. 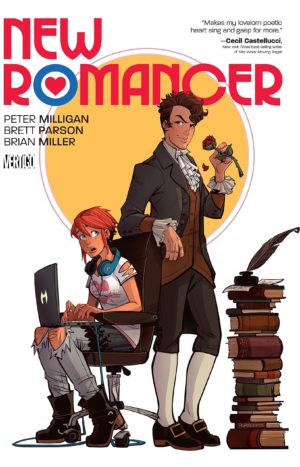