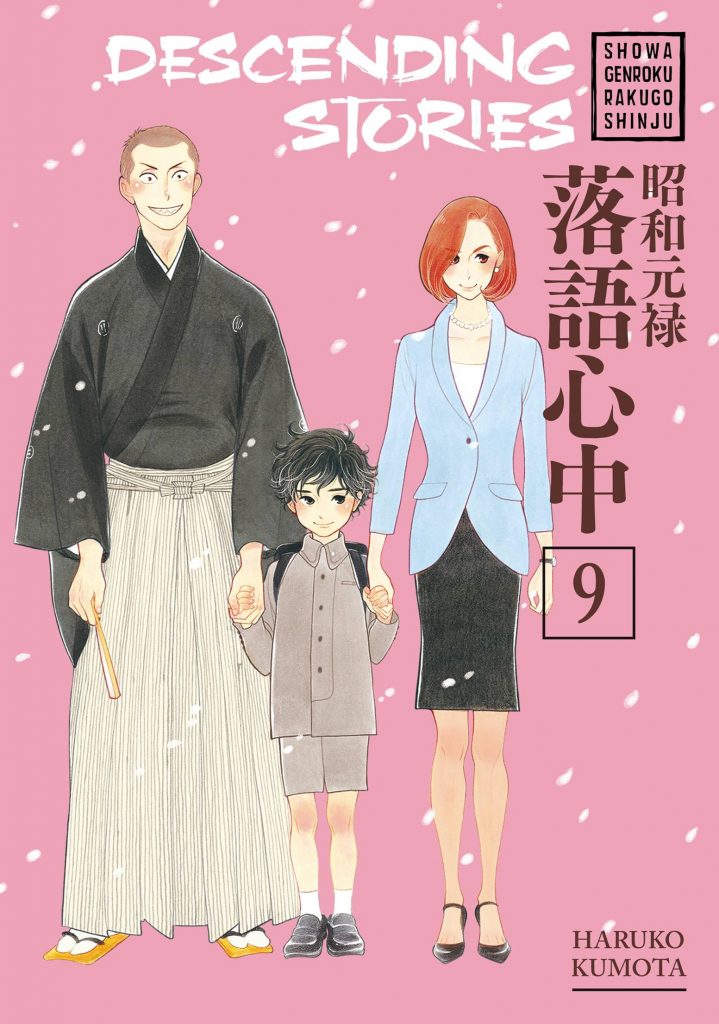 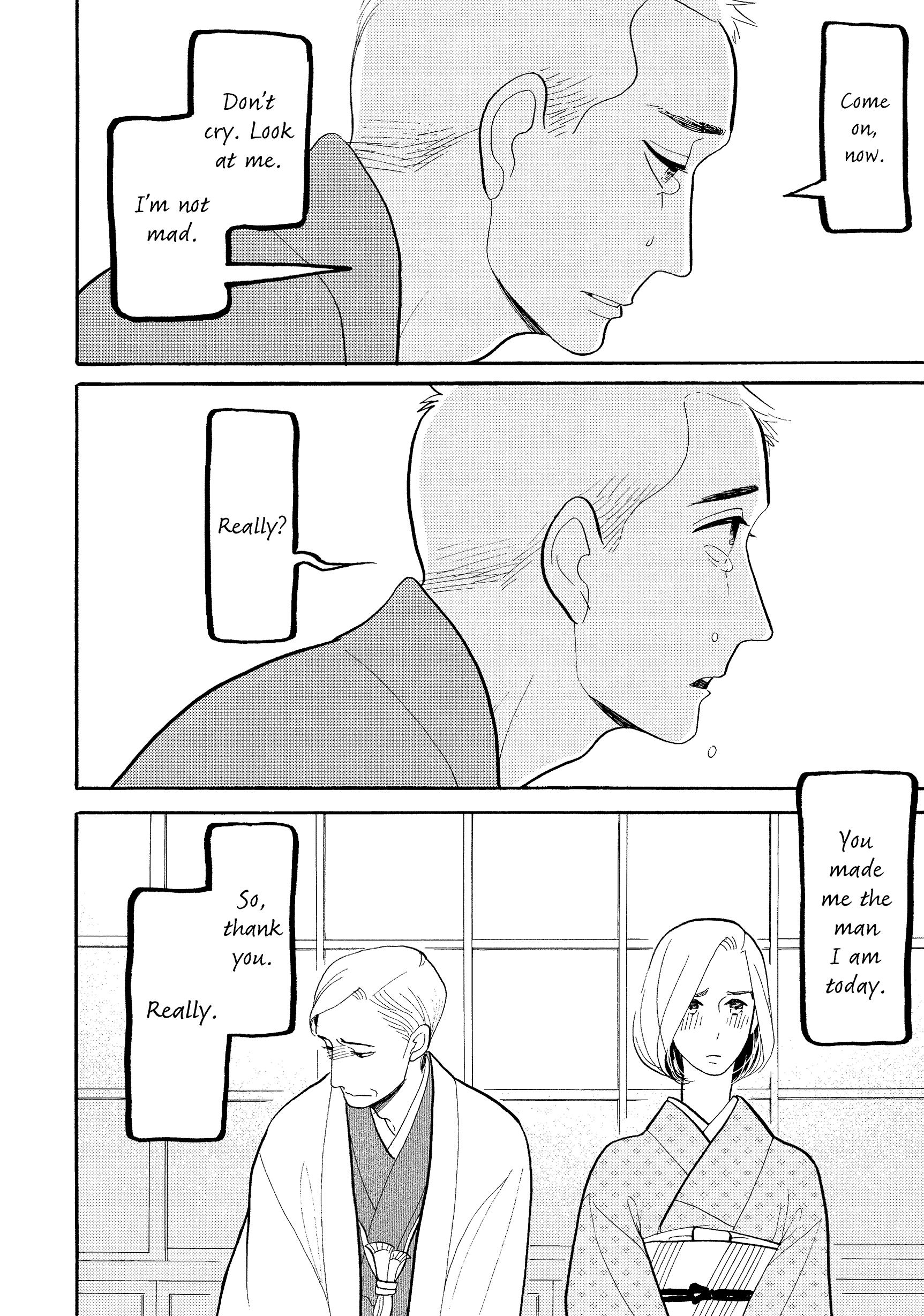 After nine volumes focussing on the same three characters, it might be thought that there really was nothing more to say about them, yet as Descending Stories 8 decisively showed, stunning secrets remain to be revealed. Another is hinted at in the opening pages, after which there’s an interesting conversation followed by Yotaru performing a Rakugo.

If that all sounds a little tame by the standards of manga, it’s because it doesn’t account for the astonishing emotional subtext Haruko Kumota invests in her story. The sample art is from a Rakugo performed several times previously in the series, yet it takes on new significance due to the setting here, and the tension Kumota has built over the previous few volumes. Part of that tension comes from Yakumo, the accepted master of the Rakugo form, more or less deciding declining popularity and other inconveniences mean the form may die with him. He’s resistant to the ideas of Eisuke, a writer and huge Rakugo fan, that new stories in the old style are the way forward,

We’ve seen both Eisuke and struggling Rakugo artist Mangetsu before, always in the company of one of the three main characters, but here Kumota devotes a scene to their conversation, which offers a new suggestion about themes already explored. For the first time both people seem to have a proper place in the ongoing story. They’ve not exactly been peripheral until now, but have been distinctly secondary despite some key interventions and conversations, both commentators to a degree, their enthusiasms shared, but their characters distinct.

As ever, Kumota’s art has a delicate beauty and she has an infinite talent for poses and expressions carrying meaning, especially when it comes to the Rakugo sequences. Once again, when included here, they’re different, and reflect on what the reciter is going through, or where the performance is taking place.

Descending Stories 10 completes the series, and Kumata sets that up with the ghostly reappearance of a dead character, seen by two of the cast in eerie silence, and also with Yakumo’s wistful comments about a lack of refinement. It signifies the passing of an age, and Kumota seems to be supplying a suitably valedictory ending, but has one surprise left.

Read in isolation Descending Stories 9 is pretty good. It has tension, an interesting cast, and a lofty artistic perch, but the casual appearance of not-named characters will puzzle new readers. As part of the series, though, it’s phenomenal, building on the stresses and themes of earlier volumes and pulling them ever tighter. 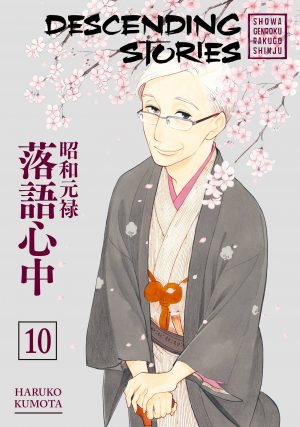