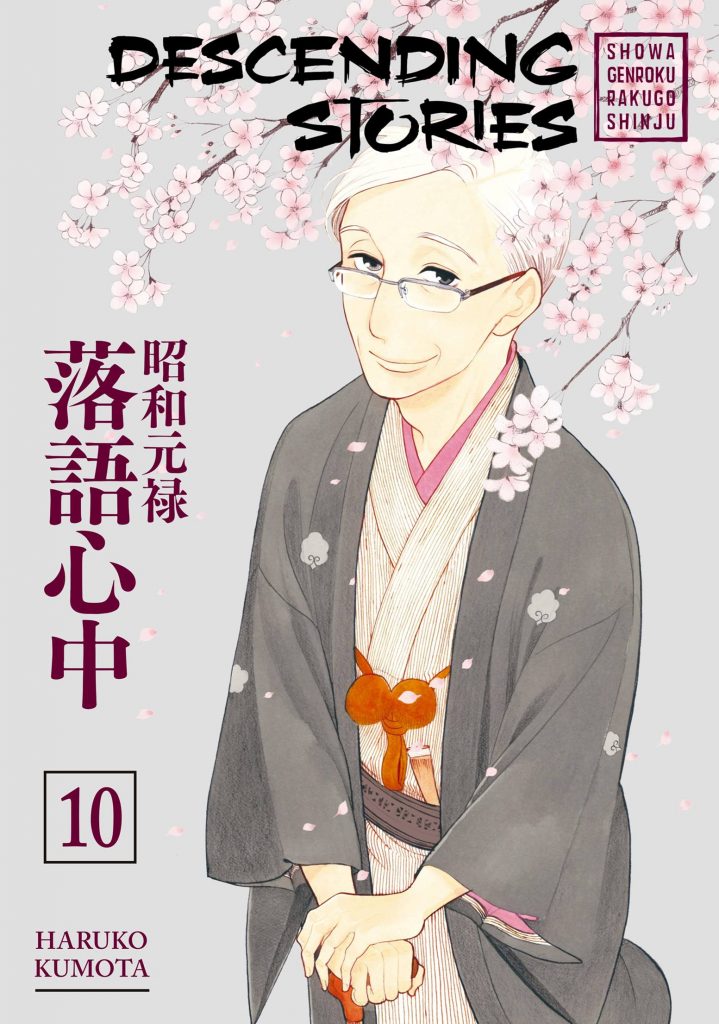 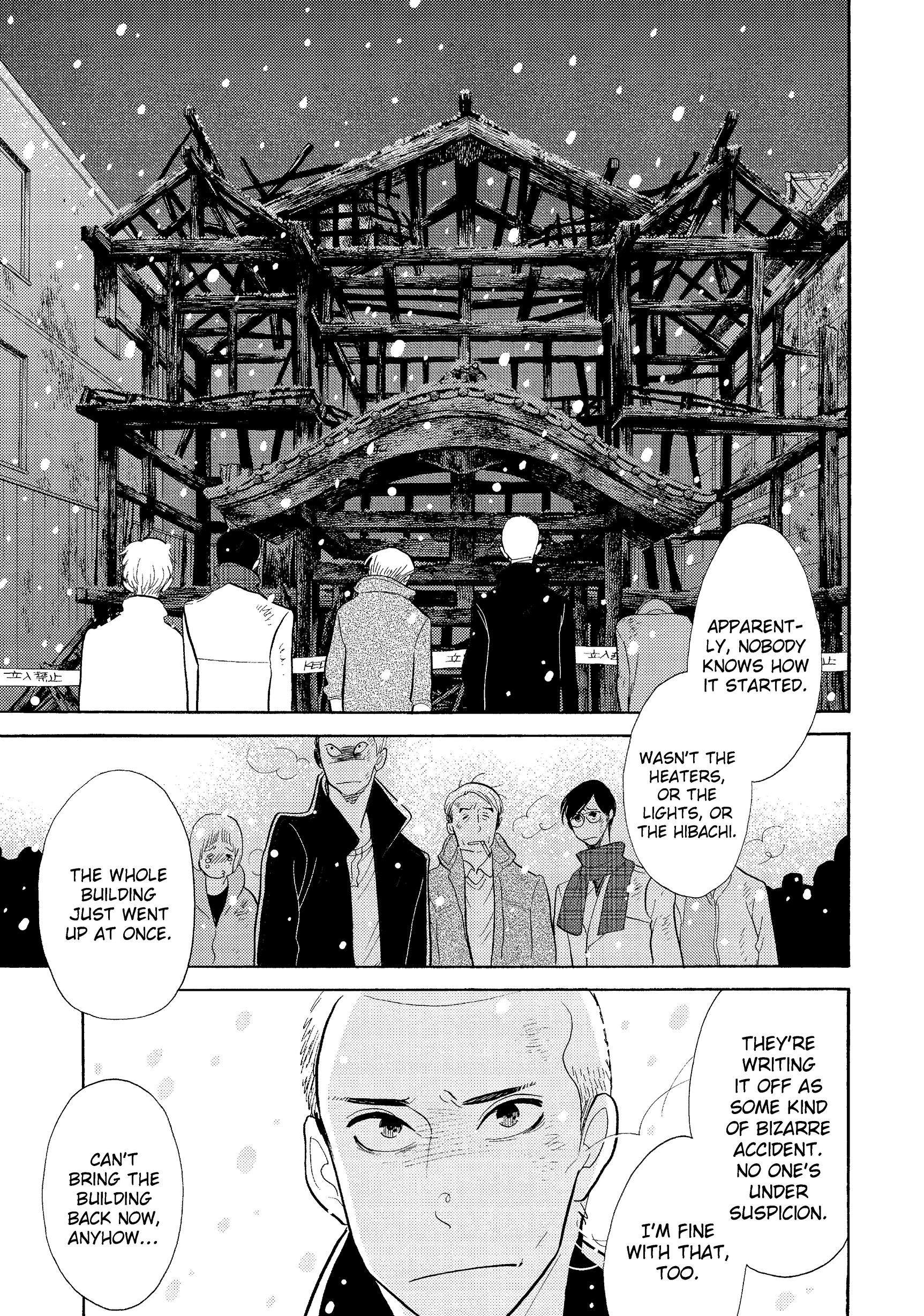 Haruko Kumota completes her exploration of the Japanese performing art of Rakugo here, and unusually picks up the story directly after the concluding pages of Descending Stories 9. Yakumo has experienced a terrifying encounter, and were it not for the intervention of Yotaru he might not have survived it. Surprisingly, while accepting it means an end to his career, it also appears to have supplied Yakumo with something approaching a new lease of life.

As far as can be ascertained just from Descending Stories, the art of Rakugo is one of constant refinement and repetition, of conforming with audience expectations, and with that as his theme, the prospect would be Kumota doing the same as she wraps up his story. Instead she produces a conclusion considerably distanced from the expected tragedy, although one he’s foreshadowed in Descending Stories 9. It concerns the Rakugo ‘The God of Death’, portions of which have been recited at various times during the series, most notably at the end of the previous volume, and how that impacts on Yakumo.

After introducing Yotaru, much of Descending Stories’ first half focussed on the relationship between Yakumo and Sukeroku, one of admiration, rivalry and deep friendship. It ended tragically, a woman was involved, and there’s not been a day since when those circumstances haven’t impacted on Yakumo’s life and attitudes. There’s a raking over of the coals, a consideration of what should have been said, supplied with the sensitivity and delicacy associated with Kumota.

Following that there’s another leap forward, fifteen years this time, as Kumota has a possible bombshell about a plot point never previously clarified. However, as this is Descending Stories and nuance is all, he just drops a shocking idea without confirmation and moves on.

While certainly in an entirely unpredictable form, by the end Kumota has conformed with the expectations of readers, perhaps not in supplying a tragedy, but in bringing almost everyone’s story to a natural conclusion. The final chapter will bring a tear to the eye of anyone who’s read from the start what’s been a magnificent series about an unlikely subject. The chances of anyone seeing Rakugo outside Japan are very slim, but anyone who can understand Japanese will be really fired up for the opportunity after reading Descending Stories.