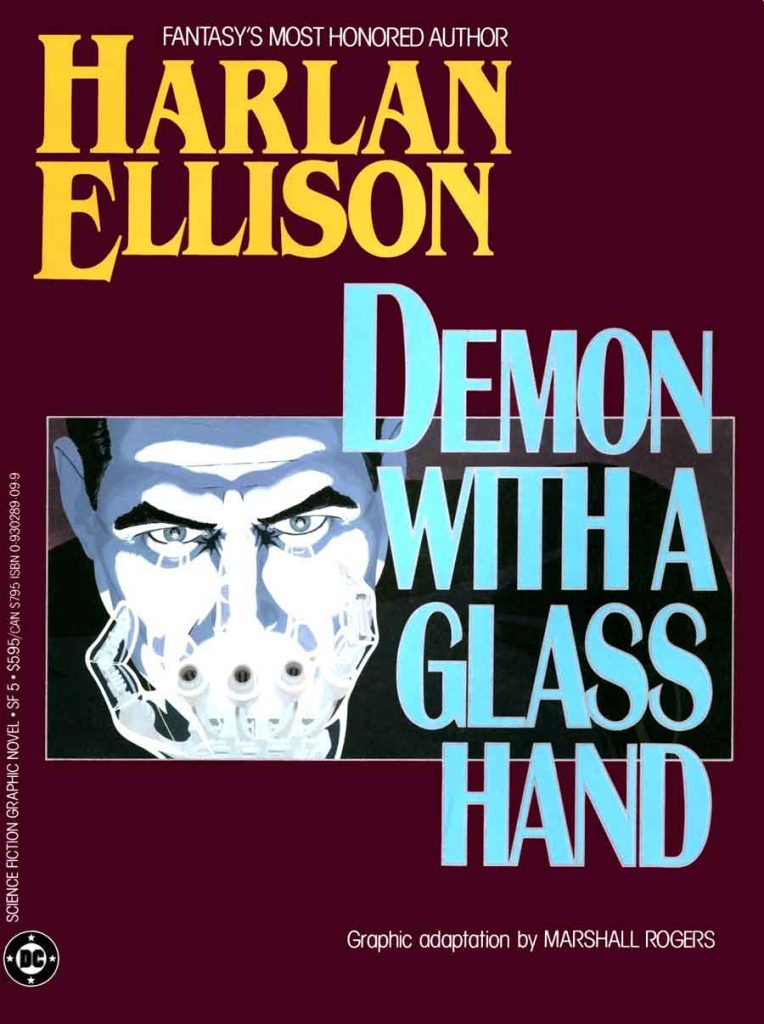 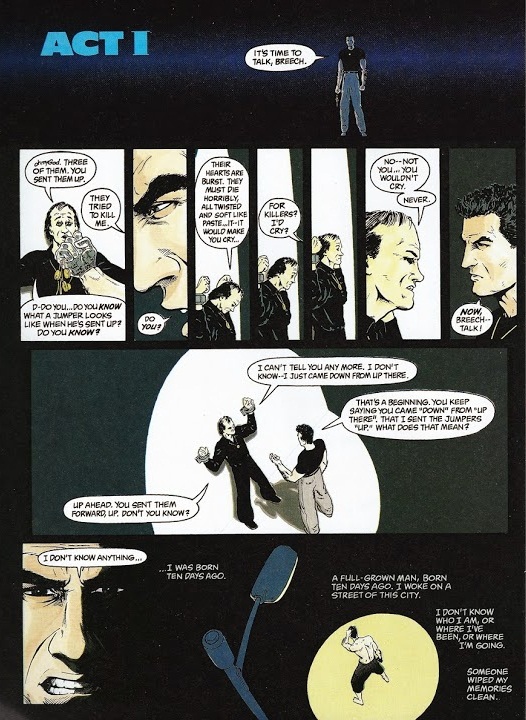 Long before comics absorbed the highly addictive habit of blending and braiding parallel stories and sharing universes, science fiction authors were blazing the trail. Harlan Ellison in particular crafted an extended series of short stories and novellas into the gripping and influential War against the Kyben, even going so far as to break out of print media and into television. Demon with a Glass Hand was written as a teleplay – the author’s second – for influential TV show The Outer Limits, premiering on 17th October 1964 starring Robert Culp, and only later being adapted into a prose adventure. In 1986 the startlingly talented and much missed Marshall Rogers used the original, unedited first draft of the TV script to create a fantastically effective comics adaptation.

Humanity’s battle against the Kyben lasted ten generations and involved all manner of technologies including time travel. Trent is a man with a mission and huge holes in his memory. Somewhere in his occluded mind is a vast secret: the location of the entire human race, hidden to prevent the invading Kyben from finding and destroying them. Instead of a right hand he has a crystal prosthetic that talks to him, but the glass computer cannot restore his memories until three of its missing fingers are recovered.

Rogers’ adaptation is largely respectful, his sense of design and cinematic art serving the story well. It could be said that Trent is a far more heroic looking figure than the everyman of the original story, but that also works within the world Rogers creates, one where all colour is played down for an almost noir world.

Aided only by the apparently indigenous human Consuelo, Trent’s paranoiac battle is as much with himself as his foes. As he gradually ascends the doom-laden building to find answers he may not want, he finds fighting creatures painfully human and just as reluctant as he to be there almost more than he can bear but at least his mission will soon end…

Or will it? Demon with a Glass Hand is a masterpiece of tension-drenched drama, liberally spiced with explosive action, and the mythic denouement – in any medium of creative expression – has lost none of its impact over the years.

Classy and compelling this is a perfect companion to Ellison’s other Kyben War comic adaptations, collected as Night and the Enemy.